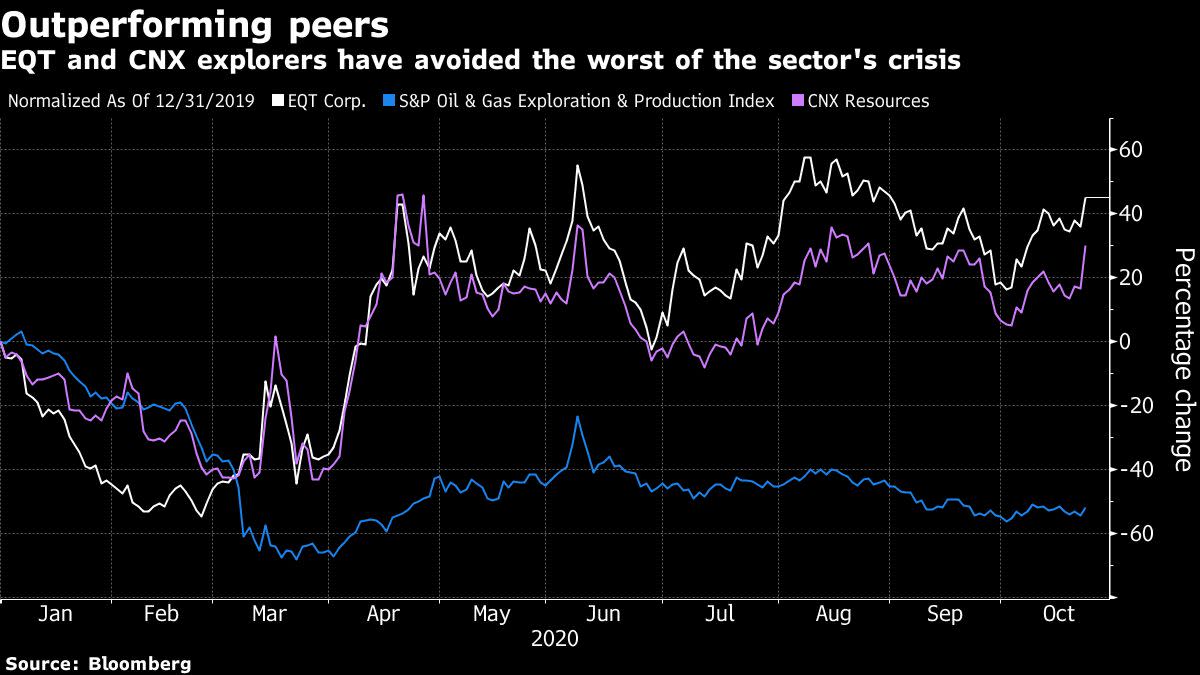 (Bloomberg) — EQT Corp., the biggest producer of U.S. natural gas, is seeking to acquire rival CNX Resources Corp., according to people familiar with the matter, as M&A accelerates in the distressed shale patch.

EQT recently sent a takeover proposal to CNX Resources, said the people, who asked to not be identified because the matter isn’t public. No final decision has been made and EQT could opt to not proceed with a potential deal, they said.

The proposal comes as a wave of deals involving other shale companies is shaking up the industry, with investors looking for scale as a way to cut costs and gain more control over supplies. Merger and acquisition activity has been particularly busy in the prolific Permian Basin, which straddles West Texas and southeastern New Mexico. Still, consolidation talks are also picking up for gas producers in Appalachia, where CNX and EQT operations are based.

EQT already is the largest supplier of U.S. gas, producing 44% more than its nearest competitor, Exxon Mobil Corp., according to figures compiled by the Natural Gas Supply Association. EQT pumped about 4 billion cubic feet a day as of the first quarter, while CNX produced 1.38 billion, the data show.

EQT Chief Executive Officer Toby Rice, 38, is pursuing what would be his first deal since he took the top job in July 2019. The Rice family had previously sold their Appalachian gas company, Rice Energy, to EQT in 2017. But they became disenchanted with EQT’s performance and mounted a nine-month proxy fight, vowing to slash costs amid growing investor pressure for cash generation and better returns.

CNX has emerged as a pure gas company over the past few years after spinning off its coal operations. A representative for CNX declined to comment. Representatives for EQT didn’t respond to requests for comment.

EQT and CNX Resources, both based in Pennsylvania, are two of largest drillers in the gas-rich Marcellus Shale region. EQT’s parley underscores how shale drillers are increasingly looking to pair up as the industry grapples with a pandemic-driven slump in commodity prices.

EQT stoked merger speculation earlier on Thursday when CEO Rice told analysts that having a bigger portfolio of gas fields would reduce costs and strengthen the company’s market power.

A takeover of CNX Resources or other neighbor would create a “gas titan,” Piper Sandler & Co. analyst Kashy Harrison said in a research note Thursday. 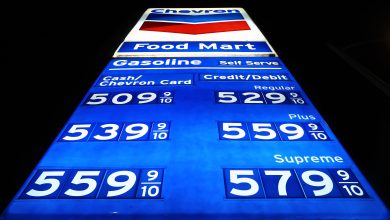 Tired of inflation? The Federal Reserve’s actions won’t provide any relief for months 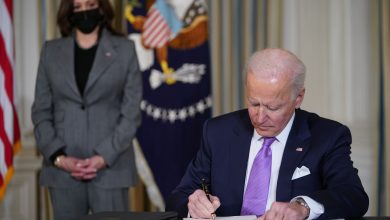 President Biden pledges to fix the racial wealth gap. Here are his plans 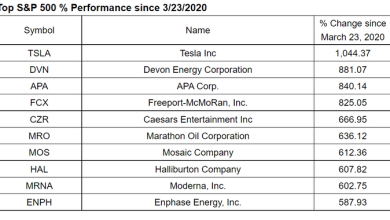 The stock market hit its COVID low 2 years ago today. Here’s how its performance since then stacks up. 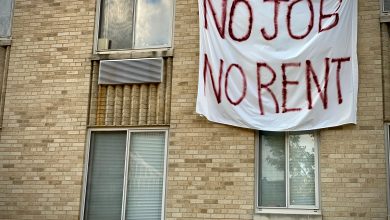