Joshua Boucher | The State via AP

Democratic leaders in South Carolina are in a position they might not have expected coming into this election cycle: They have a chance to capture a U.S. Senate seat that has been under Republican control since the 1960s.

Their nominee is Jaime Harrison, a leader at the Democratic National Committee and a former chairman of the South Carolina Democratic Party. His battle with longtime GOP Sen. Lindsey Graham has become the most expensive Senate race in the state’s history.

The race is tied, according to a recent Quinnipiac poll. On Wednesday, forecasters at the Cook Political Report changed their rating on the race from “lean Republican” to “toss-up.” There are now six Republican-held Senate seats marked as toss-ups. The GOP holds a 53-47 majority in the chamber.

As of the end of the second quarter, Graham had raised $29 million. Harrison had brought in $28 million, although he has slightly less cash on hand than his GOP opponent, according to the nonpartisan Center for Responsive Politics. None of Graham’s previous opponents has come close to raising that amount. Graham, on the other hand, has never had to raise as much as he has this cycle. Harrison outraised him in the second quarter. Third quarter numbers are expected to be released soon.

Those totals do not include the outside groups pouring millions into the race.

With 3½ weeks before Election Day, even some of Harrison’s closest allies in the Democratic leadership acknowledged they weren’t originally convinced he would get as close as he is now to overtake Graham.

“I didn’t think he had a chance in hell to get to where he is at,” House Majority Whip James Clyburn told CNBC in a recent interview. Harrison once worked in Clyburn’s congressional office. “He surprised the hell out of me,” added Clyburn, an established leader in the South Carolina Democratic party and a strong ally of Harrison.

Harrison has keyed in on what Democrats perceive as big vulnerabilities in Graham’s record, particularly in the candidates’ debate Sunday. Clyburn wants Harrison to keep hammering away on them.

“He [Graham] has just played South Carolina voters as if to say, ‘I do what I want to do, I say what I’m able to say and no matter what I do, or no matter what I say, I can keep getting you to vote for me’,” Clyburn said.

South Carolina GOP leans on the base

Clyburn cited Graham’s remarks in 2016 and 2018, when he said that he would not support filling a vacant Supreme Court seat in the last year of President Donald Trump’s first term. As the chairman of the Senate Judiciary Committee, Graham plans to hold hearings and to vote in support of Trump’s latest nominee to the nation’s highest court, Amy Coney Barrett. During the debate, Harrison called it a “flip-flop.”

But Graham and the GOP believe the issue is a strong point for them. During the debate, the senator defended the move, saying Republicans have historical precedent on their side when it comes to pushing through a nominee, as their party controls the Senate and the White House.

Graham also pointed to his track record of confirming numerous conservative Supreme Court judges and praised Trump’s choice of Barrett, a clear call to arms to Republican base voters in South Carolina. Harrison tweeted a day after the debate that the campaign raised $1.5 million since he had taken the stage.

Republicans in the state appear to believe that focusing their resources toward turning out more conservative voters will be key to Graham’s success, especially during a presidential election year.

A senior political strategist on the ground told CNBC that over at least the past month, South Carolina Republican Party leaders have been focusing much of their door knocking and voter outreach on what’s known in the state as “Upcountry” or the more upstate region. This person declined to be named because they are working with an outside group not involved with the South Carolina Senate race but working on other, down-ballot races there.

That part of the state includes Greenville, Spartanburg and Anderson counties. All of those areas voted in support of Trump over Hillary Clinton in the 2016 election. Trump went on to capture the key state four years ago by nearly 6 percentage points.

Drew McKissick, GOP state party chairman since 2017, said they are not just targeting voters Upcountry but across the state, including the other side of the state known as the “Lowcountry.”

“We’re focusing on every targeted voter that we need to turn out across this entire state,” McKissick told CNBC on Wednesday. He did note that they’ve been conducting in-person door knocking since this summer, months after the first reported coronavirus case in the United States.

McKissick said he doesn’t believe Graham’s relationship with the president will be a detriment to him winning the race. He also said Graham’s angry, impassioned fight on Capitol Hill in favor of Brett Kavanaugh during his contentious Supreme Court hearing is something that conservatives hold in high regard. It may end up helping Graham’s reelection chances as he tries to usher in another nominee into the Supreme Court.

Democrats see the race very differently, and their tactics reflect this.

With a strong digital infrastructure, South Carolina Democrats have been campaigning through online and phone outreach since the start of the pandemic, said state party Chairman Trav Robertson.

“We’ve got a 150 staff who have been feeding like locusts on virtual organizing and the telephones to the point we are making hundreds of thousands of voter contacts in the span of two or three days,” Robertson said Tuesday. Harrison has also been connecting with voters through Facebook.

Robertson believes Harrison and Democrats are going to have an advantage when it comes to voters thinking about the Kavanaugh hearings because it could help them white suburban women. Kavanaugh was accused of sexual harassment by multiple women, something he has vehemently denied.

Robertson also said the story of Harrison’s rise would be a key factor to his success.

Beyond that though, Robertson said he senses voters are tired of Graham’s link to the president, including what the party leader sees as the lack of defense for the late Sen. John McCain, a Vietnam war veteran, when he was being attacked by Trump.

“People were really pissed that he didn’t defend John McCain. He’s boxed himself in with his positions defending Donald Trump and the Kavanaugh hearings,” Robertson said. Graham was friends with McCain.

“Which Lindsey are they voting for? The sidekick to John McCain or the bootlicker to Trump. Which one?” Clyburn said.

Even before the coronavirus, Harrison’s team was already building a strong digital team, including its own in-house production unit to create ads that would help them connect with voters and raise campaign cash, according to Zack Carroll, Harrison’s campaign manager.

Prior to the pandemic, they hired someone to use a camera to capture what Carroll called Harrison’s genuineness and strong character in talking to voters.

Fast forward to just under a month before the November election, and Harrison has, at times, surpassed Graham’s fundraising operation.

Since the start of the election cycle, Harrison has raised $16 million, or 58%, of his funds through small dollar donors giving $200 or less, CRP data says. Meanwhile, Graham, has raised over $14 million from larger contributors. Out of state contributions have also been key for both candidates. CRP data shows that each contender has seen over 80% of their funds come from outside South Carolina.

Both Democratic and Republican outside groups are involved with the race.

The Senate Leadership Fund, a super PAC aligned with Sen. Majority Leader Mitch McConnell, is dropping $10 million into the race.

The Senate Majority PAC, a Democratic super PAC, launched its own campaign into the state, taking aim at Graham.

Harrison also has a super PAC constantly attacking him on air and online known as Lindsey Must Go. It launched its first TV ad last month. 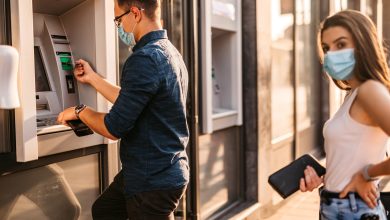 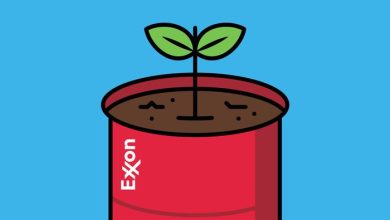 Exxon Is Boosting Its Green Credentials 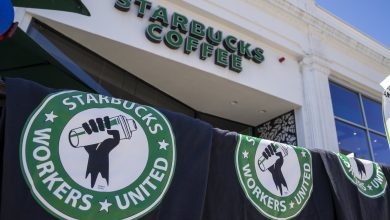 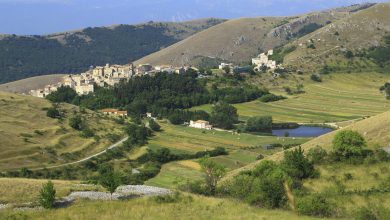