(Bloomberg) — Li Ka-shing, Hong Kong’s richest man, is unwinding a bet he placed on oil more than three decades ago by paring his group’s stake in Husky Energy Inc., a Canadian asset dealing with mounting losses.

The tycoon’s CK Hutchison Holdings Ltd. and a Li family trust, which together own almost 70% of Husky, agreed over the weekend to sell a part of their stakes to Cenovus Energy Inc. in an all-stock deal. The $2.9 billion merger of two of Canada’s biggest oil-sands players would reduce Li’s and CK Hutchison’s combined holdings in the new entity to 27%.

By cutting their Husky stake, Li and his older son Victor — the chairman of CK Hutchison — are seeking to reduce the drag on the earnings at their group, which has been buffeted by the coronavirus pandemic. Shares of Calgary-based Husky have plunged more than 85% in the past 10 years, and the company has reported a total $3.3 billion of losses in the three quarters through June.

“The proposed Husky merger will effectively reduce earnings volatility induced by the Canadian oil operation,” JPMorgan Chase & Co. analysts led by Cusson Leung wrote in a note Monday. “This used to be the most cyclical element in CKH’s earnings.”

Like many of its peers, Husky has been losing money following the crash in oil demand due to the pandemic. But even before Covid-19, Canada’s oil sands industry had already lost its luster due to a chronic lack of pipeline capacity to export crude. That has forced producers there to accept price discounts. The companies are also facing increasing environmental scrutiny, forcing many oil majors to shrink their footprint in Canada.

The deal, expected to close in the first quarter of 2021, means CK Hutchison will only be required to treat the new company’s dividend income as earnings but won’t have to record the firm’s profits or losses in its own balance sheet, JPMorgan’s Leung said in the note.

Following the transaction, CK Hutchison will own 15.7% of the new company, versus 40.2% in Husky earlier. The Li Ka-shing Foundation, which now holds 29.3%, will be left with 11.5% of the combined entity.

The merger should give CK Hutchison ownership in a better and more balanced energy company by combining the strengths of Cenovus and Husky, Morningstar analyst Lorraine Tan said in a note Monday. But the deal is unlikely to bring much change to CK Hutchison’s cash flow with minimal dividend prospect, she said.

Shares of CK Hutchison rose as much as 1.6% Tuesday in Hong Kong, their biggest intraday gain in a week. The stock is still down 37% this year.

CK Hutchison, whose operations span ports, retail and telecommunications, warned in August that profit may fall at its core businesses in the second half of the year after reporting a 29% drop in the six months through June. Victor Li, 56, also spoke of the need to conserve cash to prepare for “unexpected surprises.”

Husky reported a loss of C$2 billion ($1.5 billion) in the first half, which Victor Li called the “worst performance in memory.” Analysts tracked by Bloomberg estimate an average loss of C$1.9 billion for the full year.

CK Hutchison is also in advanced talks with Cellnex Telecom SA, Europe’s largest wireless tower operator, to sell its European mast assets for about 9 billion euros ($10.6 billion), people familiar with the matter said last week. The Canadian deal and the tower sale talks reflect the group’s “dynamic management style which is always looking for ways to enhance value or competitiveness of the company,” JPMorgan’s Leung said.

Victor Li took over the family empire in 2018 from his father, who’s now 92 with the title of senior adviser.

The junior Li has been actively negotiating deals with mixed results. Some of his recent attempts to expand into utilities in countries like Australia and Israel faltered amid rising trade tensions between China and the U.S. CK Asset Holdings Ltd., the family’s property development flagship, bought British pub operator Greene King Plc last year for 2.7 billion pounds ($3.5 billion).

The transaction between Husky, bought by the Li family empire in the late 1980s, and Cenovus is the largest deal in the Canadian oil industry since Husky’s attempted C$2.75 billion hostile takeover bid for MEG Energy Corp. Husky abandoned that transaction in January 2019 after failing to win enough shareholder support. 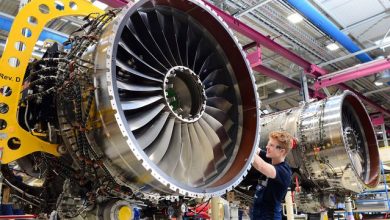 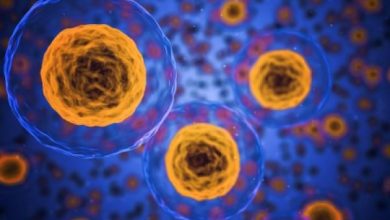 Mesoblast Shares Halted: A Look At The Biopharma's Upcoming Catalysts 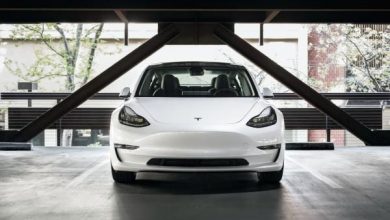 Tesla The Only Automaker Seeing Sales Growth In Germany This Year: Report 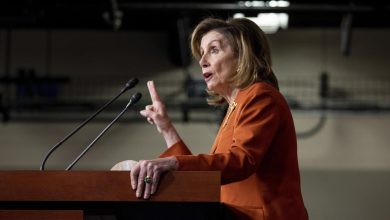