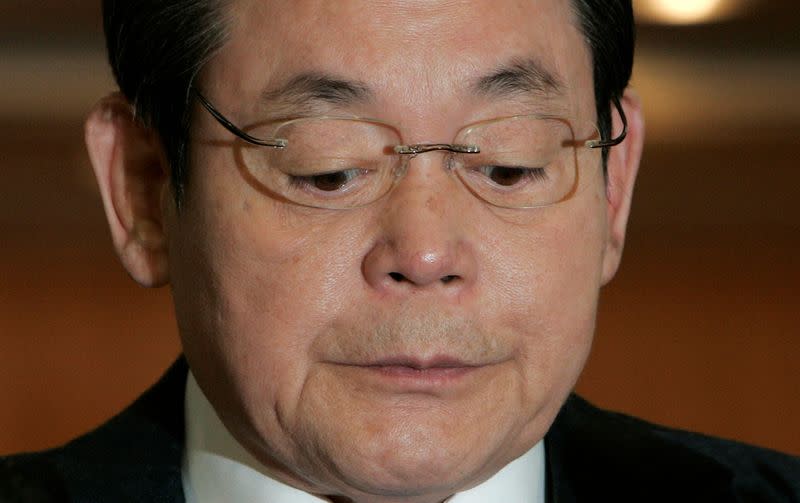 SEOUL (Reuters) – Lee Kun-hee, who built Samsung Electronics into a global powerhouse in smartphones, semiconductors and televisions, died on Sunday after spending more than six years in hospital following a heart attack, the company said.

The charismatic leader of Samsung Group and the country’s richest person, grew it into South Korea’s biggest conglomerate. But he was also convicted of bribery and tax evasion, and he and the empire he built were vilified for wielding huge economic clout, and for opaque governance and dubious transfers of the family wealth.

“Lee is such a symbolic figure in South Korea’s spectacular rise and how South Korea embraced globalisation, that his death will be remembered by so many Koreans,” said Chung Sun-sup, chief executive of corporate researcher firm Chaebul.com.

Samsung Group affiliates’ 326.7 trillion won ($289.6 billion) in 2019 revenue was worth 17% of South Korea’s gross domestic product, according to Fair Trade Commission data and a Reuters calculation.

Around 5 p.m. (0800 GMT), Lee’s son Jay Y. Lee, wearing a face mask, walked into the Samsung Medical Center where a memorial was being held. The area for the memorial was limited to 50 people, a sign said.

The funeral will be a small family affair, Samsung said. It did not say when or where the funeral would be.

Lee, who was 78, is the latest second-generation leader of a South Korean family-controlled conglomerate, or chaebol, to die, leaving potentially thorny succession issues for the third generation.

The death of Lee, with a net worth of $20.9 billion according to Forbes, is set to prompt investor interest in a potential restructuring of the group involving his stakes in key Samsung companies such as Samsung Life Insurance and Samsung Electronics.

Lee owns 20.76% of the insurance firm and is the biggest individual shareholder of Samsung Electronics with a 4.18% stake.

Jay Y. Lee has been embroiled in legal troubles linked to a merger of two Samsung affiliates that helped Lee assume greater control of the group’s flagship Samsung Electronics.

The younger Lee served jail time for his role in a bribery scandal that triggered the impeachment of then-President Park Geun-hye. The case, being heard on appeal, is scheduled to resume on Monday. A separate trial on charges of accounting fraud and stock price manipulation kicked off this month.

“For Jay Y. Lee, getting the most of that stake Lee Kun-hee holds is more important than ever,” Ahn said. “The key here is with taxes. Coming up with enough taxes related to inheritance and avoiding possible disputes with his sisters are major hurdles.”

It remains unclear how the elder Lee’s three children and his wife will split his wealth, an issue that led to family feuds at other chaebols after the deaths of their patriarchs.

“It has been six years since Lee was hospitalised, so if there is a consensus among the children, Samsung will go through an orderly succession. If not, there is a possibility of a feud,” said Park Sang-in, a professor at Seoul National University.

Lee died with his family by his side, including Jay Y. Lee, the Samsung Electronics vice chairman, the conglomerate said.

“Chairman Lee was a true visionary who transformed Samsung into the world-leading innovator and industrial powerhouse from a local business,” Samsung said in a statement.

The company did not specify the cause of death and declined to comment on whether Lee left a will.

Lee became Samsung Group chairman in 1987 but had to resign more than a decade later after being convicted of bribing the country’s president.

He was convicted again in 2008 of breach of trust and embezzlement, but the long-time member of the International Olympic Committee was pardoned to help the country’s bid for the 2018 Winter Olympics.

His aggressive bets on new businesses, especially semiconductors, helped grow his father Lee Byung-chull’s noodle trading business into a sprawling powerhouse with assets worth some $375 billion, with dozens of affiliates stretching from electronics and insurance to shipbuilding and construction.

“His legacy will be everlasting,” Samsung said. 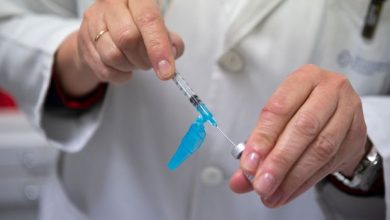 Pfizer Posts Strong Earnings and Boosts Its Covid-19 Vaccine Sales Forecast. What You Need to Know. 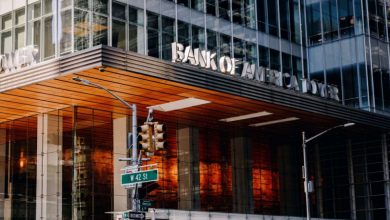 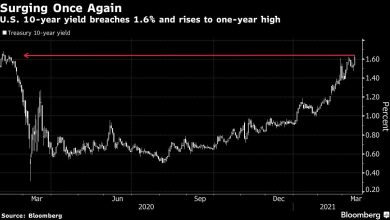 Stocks in Asia to Open Steady With Yields in Focus: Markets Wrap 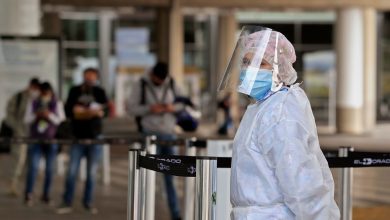