Emily, I want to start with GE. I see the stock popping here, up more than 5% in the premarket. A beat on earnings, and that’s despite the weakness they’re seeing in their aviation unit.

EMILY MCCORMICK: That’s right, Alexis. Taking a look here at these results, it looks like CEO Larry Culp’s multi-year turnaround plan really starting to show signs of progress here, especially when it comes to paring back costs and preserving cash.

Now, in addition to beating expectations and posting a surprise profit for the quarter, the company also posted industrial free cash flow– which is, of course, closely watched for GE. That was actually positive on the quarter by $514 million, whereas an outflow of more than $960 million had been expected.

Now, the company also saying that it expects industrial free cash flow will be at least $2.5 billion in the fourth quarter, becoming even more strongly positive as we continue on throughout 2020. Now, taking a look by business segment, we had the standouts here in power, where revenue grew 2 and 1/2% to $4 billion, and in renewable energy, where revenue grew 2% to $4.5 billion as well.

Now, taking a look here at organic margins, those expanding in every segment except for aviation, as you mentioned, which of course, has come under pressure because of aircraft manufacturing and airline industries still, of course, being hampered here by the coronavirus pandemic. Now, the company did note that it cut about 3,500 jobs in the aviation unit in the third quarter. And its commercial engine installations were still down by about half.

Now, despite all that, again, investors still focusing here on that surprise profit and positive free cash flow. We do see shares jumping more than 5% in early trading, Alexis and Brian.

BRIAN SOZZI: Emily, interesting quarter out of UPS. Volume obviously surged internationally and in the US. But really, a tale of two different stories in terms of operating profits surged overseas, fell in the US.

EMILY MCCORMICK: That’s right, Brian. And really seeing that dynamic play out because of the boom that we’ve been seeing in e-commerce deliveries. Now, those tend to be lower-margin here for UPS. And we did see a little bit of margin contraction here, those coming in at 0.3% on that adjusted operating margin, as opposed to 12% in the same period a year ago.

So because of the fact that the company is seeing higher volumes, that’s something that’s dented profitability just a tad. We did see the company post adjusted earnings, though, that were better than expected. And sales, of course, did top estimates.

Now, we didn’t get any updated guidance out of UPS from this morning’s earnings release. But on the holiday season, we did hear CEO Carol Tomé saying during this morning’s earnings call that the company has been operating in a peak-like environment globally for many months, and that’s helped them prepare for the elevated demand ahead.

Now, they’re anticipating some industry capacity constraints through the period. But they said that they are working with their customers to try and pull demand ahead of that traditional holiday peak period.

Now, taking a look at those shares, UPS had been up for the year-to-date by about 6% through yesterday’s close. We do see shares under a bit of pressure this morning, but again, amid that broader draw down in the market. Brian and Alexis? 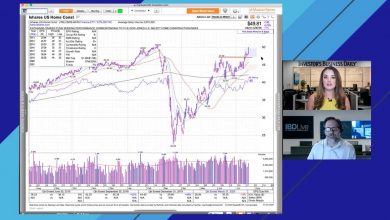 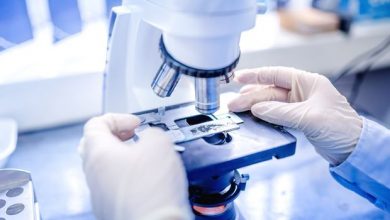 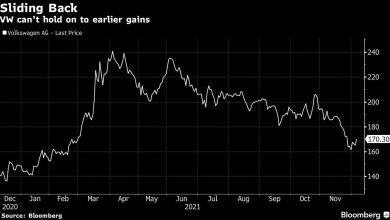 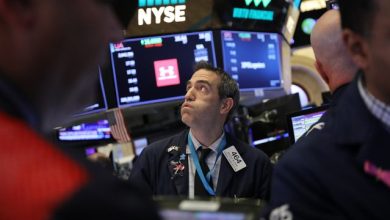 The S&P 500 Just Entered a Correction. Here’s What History Says Happens Next.