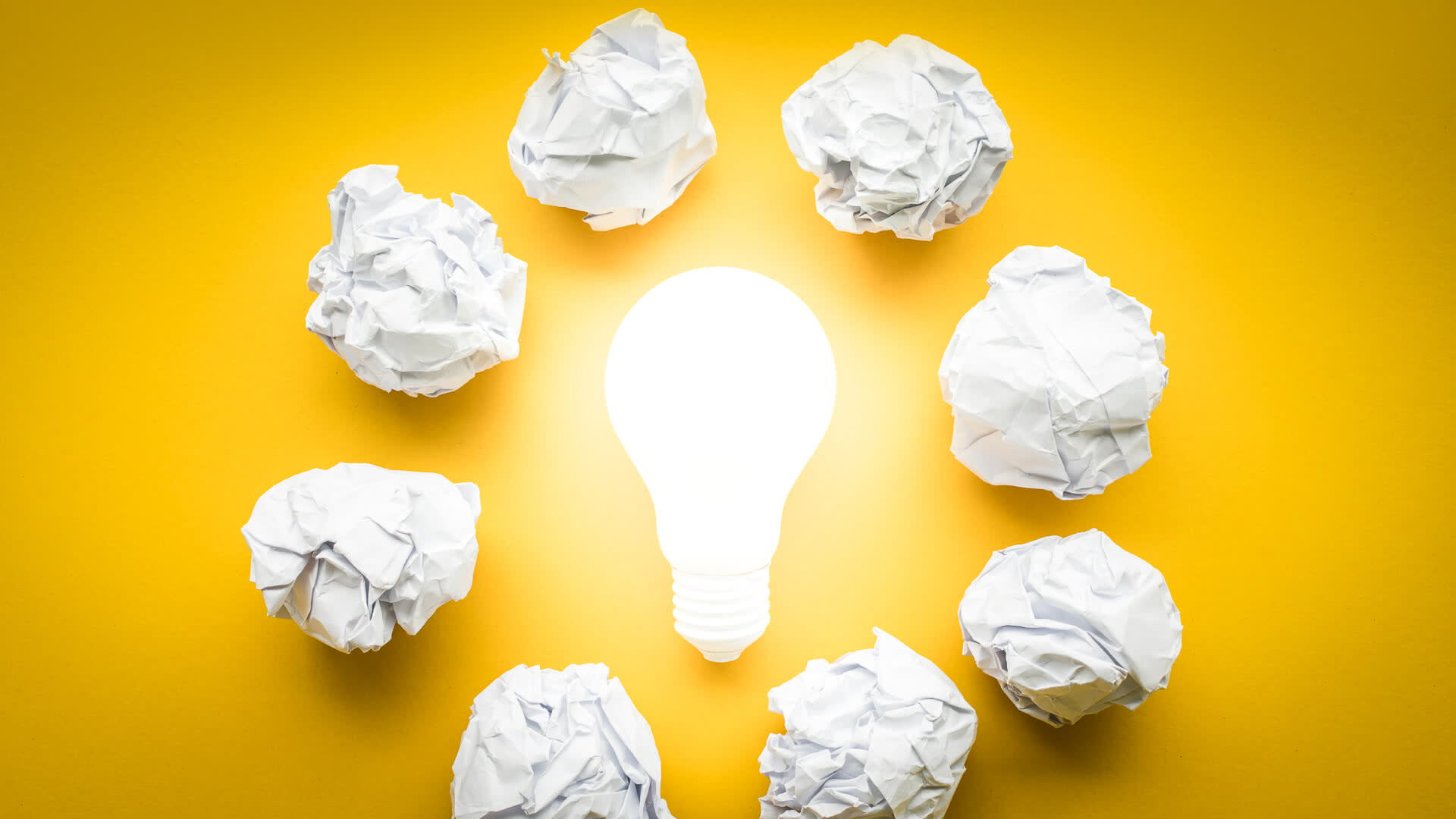 Rare and beautiful items have always had a grip on the imagination ? and finances ? of humankind. Since ancient times, precious minerals like gold have been revered and used in everything from jewelry and dinnerware to the sacred tombs of emperors. More recently, gold is even used to bring opulence to modern electronics such as iPhones.

To a large degree, ?value? is assigned to an object based on the long-standing economic principle of supply and demand. Typically, as demand increases and supply decreases, the price of an item rises, and vice versa.

“Rare” and “valuable” are relative terms as well. Although all items on this list are considered expensive, the price ranges of these substances vary considerably. For example, To?Ak Chocolate is a luxury chocolate brand that is the most expensive in the world, charging $300 or more for a single bar. Though the super elite will argue it is worth the cost, at $5 or more per gram, that?s exorbitantly pricey for glorified cocoa beans. Then there is seagull feces which didn’t quite make the list (it hasn’t been assigned a per gram value yet) but is estimated to be worth nearly a half-billion dollars annually. Crazy, right?

If you?re thinking of shelling out any of your hard-earned dollars for some of these expensive goods, realize that their prices can fluctuate, sometimes dramatically. Before you invest, research which of these luxury items is most likely to retain its value.

To?ak Chocolate is the rarest and most valuable in the world. The company sources its cacao from certified Ecuadorian heirloom Nacional cacao pods, verified through DNA testing. This type of chocolate can be traced back at least 5,300 years.

Creme de la Mer bills itself as “the moisturizer that started it all.” The company hand-harvests kelp off Vancouver Island as part of its trademark “Miracle Broth,” which ferments for three to four months using light and sound energy to create the product.

Truffles of all kinds are expensive, but the Italian white truffle takes the prize when it comes to value. Although delicious to many, the simple reason truffles are so expensive is that they are rare, hard to find and labor-intensive to harvest.

Saffron is a spice used for flavoring and coloring foods, though it has also been used in textiles, perfumes and medicine for centuries. The price of this magic seasoning starts around $10 per gram, mainly because of the complex cultivation and harvesting process which involves plucking and drying “threads” from the Crocus sativus flower, a plant not found in the wild.

Platinum is a beautiful precious metal that is in a similar category as gold and silver. All three of these metals are frequently traded in the global markets, and all three are often used for beautiful objects like jewelry. Platinum is actually 30 times rarer than gold and far more durable.

Beluga is a specific type of caviar that is the most expensive in the world. It comes from the rare beluga sturgeon, which is found in the Caspian Sea. In addition to its long reproductive cycle, the beluga sturgeon is currently the victim of overfishing due to its precious cargo of eggs, something which further drives up the price.

Take a Look: 11 Pricey Restaurant Meals You Can Make at Home for Less

Iridium is a hard, silvery metal that is one of the rarest in the world. It’s also extremely corrosion resistant. Iridium is mainly used as a hardening agent for platinum.

Gold has been valuable since time immemorial because it is beautiful and has always been seen as a store of wealth. Among other characteristics, gold also possesses the unusual combination of being both extremely malleable and yet nearly indestructible.

This shiny white metal is more valuable than gold. Demand has been skyrocketing recently, with the price more than doubling since early 2019. Like rhodium, palladium’s major use is in catalytic converters. South Africa and Russia produce the majority of the world’s palladium.

Rhodium is a precious metal that can have a volatile price, just like gold or silver. However, rhodium?s primary use is not for jewelry but rather for catalytic converters. As global emission standards for vehicles tighten, rhodium becomes more in demand. In 2019 alone, the price of rhodium jumped 151%, according to CNBC.

Da Hong Pao Tea is a rare rock tea that is only produced in one place in the world, Wuyishan, Fujian. The original tree that produced the tea is no longer allowed to be harvested, but related teas are. Paying that much for Da Hong Pao may not be your cup of tea, but for others, it would be a once-in-a-lifetime experience.

Coral snake venom is among the most lethal in the world, second only to that of the black mamba. Researchers are working on synthesizing the venom into a variety of medical purposes.

The devastating power of nuclear weapons, such as those used on Japan in World War II, probably makes plutonium more well-known than it otherwise might be. However, it is also used as a fuel for nuclear reactors. No matter what its use, this radioactive element is hard to come by and quite expensive.

If You Can Afford It: The World?s Most Expensive Countries To Live In

Taaffeite is a very rare, light violet gemstone, far more rare than a diamond. The gem is named after its discoverer, Austrian geologist Richard Taaffe, who found the first stone in 1945. Taaffeite has thus far only been unearthed in Tanzania and Sri Lanka.

Benitoite is a rare gem that looks something like a sapphire. However, it has a much higher refractive index than sapphires or even diamonds, making it sparkle brightly. Benitoite is almost exclusively found in California’s San Benito County, when it is found at all.

Soliris is a highly valuable drug that most people have likely never heard of. However, it?s vitally important for patients who have the extremely rare neuromyelitis optica spectrum disorder, known as NMOSD.

Tritium is the sole radioactive isotope of hydrogen. It is most commonly found in the form of water. Even though it’s expensive, tritium is still used in a wide range of consumer products, as it can energize light-producing phosphors in items such as watch dials, gun sights and exit signs.

Red beryl is an extremely rare gemstone. For every 150,000 diamonds mined, only one red beryl is found. A 2-carat red beryl is considered to be as rare a find as a 40-carat diamond. The rare stone is only found in the U.S.

Serendibite is known as a borosilicate mineral, and it is only found in 20 locales around the world. Only two areas are said to produce “quality” serendibite, namely Mogok in northern Myanmar and Ratnapura in Sri Lanka.

Grandidierite is a gemstone that is a close cousin to serendibite, and both are extremely valuable. Grandidierite is named after its discoverer, Alfred Grandidier, who found the blue, green and white stone in Sri Lanka. At the time of the initial discovery, the grandidierite was thought to be serendibite, but it was determined to be its own new gemstone upon further examination.

Other Expensive Items: 23 Car Upgrades That Are Worth the Price

As mentioned above, diamonds are priced at a level above their natural supply and demand levels, as they are not nearly as uncommon as many of the stones on this list. A pure, 1-carat diamond can easily fetch a price in the six digits per gram. Prices can vary dramatically based on color, cut and other factors.

Never heard of painite? You?re not alone. As of 2001, there were only three painite crystals known to exist. More discoveries of the deep red gem have occurred since then, but rarely in sizes large enough to facet. Painite thus far has only been found in Myanmar.

Red diamonds are the rarest version of colored diamonds in the world, with no specimens at all being presented to the Gemological Institute of America for grading from 1957 to 1987, an impressive 30-year span. Most of the world?s true red diamonds have been produced by Western Australia?s Argyle mine, which is slated for closure in 2020, perhaps making red diamonds even rarer.

Californium is a rare element that is man-made and not found in nature. As the name suggests, the element was first created in the University of California’s Radiation Lab in Berkeley. Thanks to its radioactive properties, CF-252 is used in a range of applications, from scanners and reactor startup rods to Prompt Gamma Neutron Activation Analysis, or PGNAA.

Endohedral fullerenes are complex chemical structures that are made of carbon atoms with a nitrogen atom inside. They have the ability to encapsulate other atoms within their cage-like design. They are very difficult to synthesize, which contributes to their astronomical price.

Long hailed as “The Wood of the Gods,” agarwood can be found in certain aquilaria trees after they become contaminated with Phialophora parasitica, a type of mold. The infected wood produces a distinctly aromatic resin called aloes. Not to be confused with the aloe found in skin care products, these aloes are valued primarily for their one-of-a-kind scent and used in perfumes and incenses.

Antimatter is considered to be the most expensive substance on Earth because it requires an incredible amount of energy to generate. According to CERN, it requires several hundred million pounds just to create one-billionth of a gram of antimatter. It also happens to be extremely dangerous, as it annihilates any matter that it may come into contact with in a huge explosion, the size of which is determined by Einstein’s famous E=mc² equation.

Nicole Spector contributed to the reporting for this article.

This article originally appeared on GOBankingRates.com: From Seagull Poop to Plutonium: The Most Valuable Substances in the World 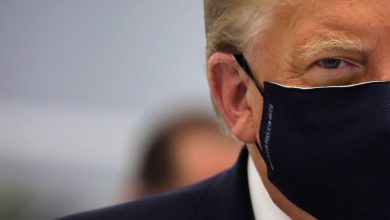 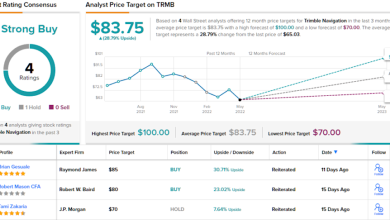 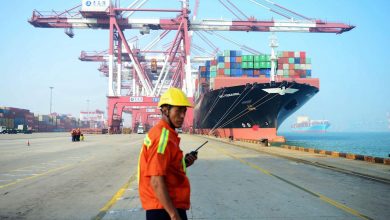 ‘Companies are beginning to panic’: Experts say China’s lockdowns will make inflation and the supply chain nightmare even worse 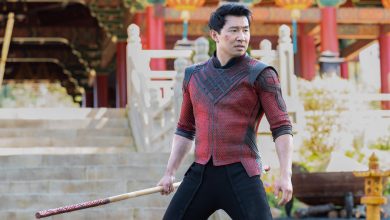