(Bloomberg) — President Donald Trump and Democratic nominee Joe Biden faced off for the last time before the Nov. 3 election. Bloomberg News is checking the facts behind their claims in Thursday’s debate:

Biden has never offered a full-throated endorsement of the far-reaching progressive climate plan known as the Green New Deal, but he has released a climate plan that aligns with many of its environmental goals.

The $2 trillion clean energy plan offered by Biden in July calls for achieving a carbon-free power sector by 2035, as well as spending to build renewable energy infrastructure, get cleaner cars on the road and create zero-emission mass transit systems. Other investments would boost sustainable home building, clean energy innovation and conservation.

By contrast, the sweeping Green New Deal, proposed by Representative Alexandria Ocasio-Cortez, a Democrat from New York, and Senator Ed Markey, a Democrat from Massachusetts, would do more than remake the energy sector. It calls for a “10-year national mobilization” to shift the nation to 100% “clean, renewable, and zero-emission energy sources” but also calls for tens of billions in spending on social programs.

Republican critics of the proposal, including Trump, have used it to paint Democrats as socialists eager to eliminate everything from air travel to methane-producing cows.

It’s true that U.S. energy-related carbon dioxide emissions have declined — some 15% since 2005, a frequently used baseline. They’ve dipped even further this year as coronavirus lockdowns curbed air and road travel.

But the decrease has been driven mostly by market forces — not by the federal government. And it’s come despite the Trump administration’s moves to relax rules throttling the release of greenhouse gases from power plants, automobiles and oil wells.

Analysts caution against giving too much credit to the decrease since 2005, however. Before the coronavirus pandemic caused people to stay home, forgoing plane and air travel, analysts predicted an increase in U.S. energy-related carbon dioxide emissions. The government’s Energy Information Administration had forecast that U.S. energy-related carbon dioxide emissions would climb 4.8% in 2021 as the economy recovers and brings energy demand along with it.

Trump has repeatedly said he wants to “terminate” the payroll taxes workers pay on their wages, but those taxes fund Social Security and Medicare. If Trump, with Congress’s approval, were to eliminate all payroll taxes at the start of 2021, the government’s trust funds for disability and Medicare benefits would last for less than a year before running out. Social Security retirement benefits would be entirely depleted in about two and a half years.

Business owners like Trump pay estimated taxes quarterly, essentially prepaying taxes ahead of the April 15 tax filing deadline each year. However, it’s unclear if Trump was referring to federal income taxes. The New York Times reported that he paid $750 in income taxes in 2016 and again in 2017. Any prepaid taxes would have been reported on his tax returns from those years.Trump said he would release his tax returns “as soon as the audit is over” at the IRS. He has repeatedly made that claim since the 2016 presidential campaign. Trump is free to release his tax returns at any time. There’s no prohibition on releasing federal tax returns while the IRS is conducting an audit.

Trump claims Biden got money from China and Ukraine through his son Hunter:

At an event called by the Trump campaign before the debate, a man named Tony Bobulinski told reporters in Nashville that Hunter Biden, the former vice president’s son, recruited him to be the chief executive officer of a proposed partnership between a Chinese company and the Biden family.

Bobulinski said that a May 13, 2017 email from Hunter Biden called for providing a stake in the company for “the big guy,” which he said was a nickname Hunter often used for his father. But Bobulinski, who was invited by Trump to be his guest at the debate, offered no evidence and took no questions. Bloomberg News can’t verify that Bobulinski has any connection to Hunter Biden or his father.

Biden campaign spokesman Andrew Bates said in a statement that “Joe Biden has never even considered being involved in business with his family, nor in any overseas business whatsoever. He has never held stock in any such business arrangements nor has any family member or any other person ever held stock for him.”

On Ukraine, Hunter Biden served on the board of Burisma, an energy company there. The New York Post says a laptop allegedly abandoned by Hunter Biden included emails suggesting the former vice president met with a senior official from the company. If true, it contradicts Joe Biden’s insistence that he had no involvement in his son’s business dealings and never discussed them with him. Bloomberg News hasn’t verified the authenticity of the emails, and the Biden campaign has denied such a meeting ever took place.

Biden has released his tax returns from 1998 through last year. There is no evidence of payments from foriegn entities. He and his wife Jill reported taxable income of $944,737 in 2019, paying 31.7% of it in taxes. The Bidens earn money in a variety of ways, including fees for speeches, royalties from books and salaries from teaching roles.

A report in the New York Times revealed a Chinese bank account controlled by a Trump entity called Trump International Hotels Management LLC. The paper said tax records show it paid $188,561 in taxes in China while pursuing licensing deals there from 2013 to 2015. Trump said in the debate that it was a business account when he was considering doing business in China and that he believes the account was closed in 2015.

Trump claims U.S. response to the virus was effective

By most measures, the U.S. pandemic response has been chaotic and the results catastrophic. The U.S. has had more than 222,000 deaths attributed to Covid-19, and more than 8.3 million cases. That’s more cases than any other nation, including India, which has a population four times that of the U.S. It is true that the U.S. hasn’t had the most deaths per capita, according to Johns Hopkins University. Its death rate is behind Peru, Belgium, Bolivia, Brazil, Spain, Chile, Ecuador and Mexico.

Still, more than perhaps any other developed nation, the U.S. coronavirus response has been marked by confusion that has kept the country’s numbers surging while many other nations hit by the virus early-on have seen infection rates decline. Missteps in handling the virus include advising the public initially not to wear masks, advising those who don’t exhibit symptoms to not get tested and continued shortages of supplies and testing backlogs. Seven months into the pandemic, the U.S. has still not streamlined its testing efforts as have countries praised for their virus response including South Korea and Germany.

Trump says a vaccine will be ready by year’s end

Vaccines typically take many years to develop, in part because they must be proven to be extremely safe because they’re given to healthy people. But around the world, governments, pharmaceutical companies and researchers have sought to expedite that process for the coronavirus. There are currently more than 190 experimental coronavirus vaccines in development, according to the World Health Organization, 42 of which have entered human studies.

Experimental shots from Pfizer Inc. in partnership with BioNTech SE, the University of Oxford with AstraZeneca Plc, and Moderna Inc. are among the vanguard. Pfizer is looking to file an application by late November. Moderna expects interim results in November and, if positive, an emergency use authorization in December.

Unfortunately, both Astrazeneca and Johnson & Johnson had to pause their vaccine trials due to adverse health effects.

Importantly, once a vaccine is approved it’s a challenge to get it widely distributed. Estimates from top health officials have ranged from the end of March to the end of 2021 before most Americans would have access to it. Trump has said that an assertion by Robert Redfield, the director of the U.S. Centers for Disease Control and Prevention, that disbursement of the vaccine would come some time in late spring or summer of next year was “a mistake.”

Redfield isn’t the only top U.S. health official offering a less ambitious forecasts for getting a Covid-19 vaccine out to the public. Paul Mango, deputy chief of staff for policy at the Department of Health and Human Services, said it would probably be widely available by the end of March. And Anthony Fauci, the head of the National Institute for Allergy and Infectious Diseases, forecast a timeline similar to Redfield’s in an interview with Bloomberg Television. 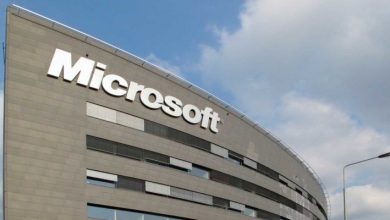 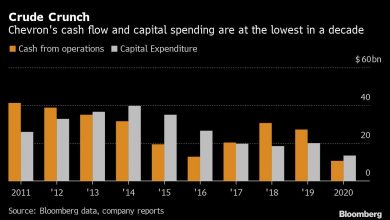 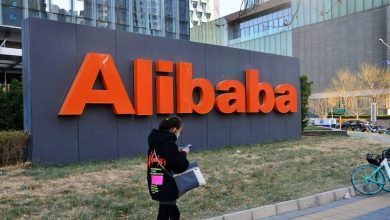