Mark Mobius, founding partner of Mobius Capital Partners, speaks at the 10th edition of the Bosphorus Summit in Istanbul, Turkey.

SINGAPORE — A contested outcome in the U.S. presidential election could cause a “dramatic fall” in the stock markets, veteran investor Mark Mobius warned on Friday.

“That’s a real issue and a real problem,” Mobius, founding partner of Mobius Capital Partners, told CNBC’s “Street Signs Asia” in response to a question on the implications of a disputed election, in which the eventual winner is not finalized until weeks or months after the Nov. 3 vote.

“If that takes place, then we’re really in trouble. The markets will not like it and you’ll see a real correction or maybe a dramatic fall in the market. So that’s a very, very big problem,” Mobius said.

Such an outcome could happen if a candidate deemed to have lost the election refuses to concede, or if he questions the legitimacy of the results. U.S. President Donald Trump has repeatedly declined to say whether he would accept the election results, which gave rise to concerns of a messy transition of power if he loses to Democratic presidential candidate Joe Biden.

The markets will not like it and you’ll see a real correction or maybe a dramatic fall in the market. So that’s a very, very big problem.

How much markets would fall will depend on how long the dispute lasts, Mobius said. He explained that if the dispute is taken to the Supreme Court, the process of determining a winner could be “drawn out” and create more uncertainty — something that markets “hate.”

To hedge against the risks of a contested election outcome, Mobius said he’s invested in companies that are “somewhat immune to economic downturns.” That means businesses with strong balance sheets and those that can maintain or increase demand for their products and services, he explained.

In general, Mobius said a Trump win is a more “favorable” outcome for the markets.

“It’s really all about tax,” the investor said.

“As you know, Trump is promising another major tax cut. The Democrats have not said that, they plan to raise tax on the so-called rich people and on corporations. So, that is really the big, big issue going forward,” he added.

Outside of the U.S., Mobius — an expert on investing in emerging markets — said Asia remains a bright spot for investors.

He said he’s been investing “pretty heavily” in Taiwan and South Korea, particularly in companies that supply the “nuts and bolts” of technology — such as semiconductors and integrated circuits. Demand for those components will grow along with greater adoption of technology, he said.

Several of these component suppliers are exposed to the tech war between the U.S. and China. Production of tech parts are carried out across a complicated network of economies and companies. So non-American and non-Chinese firms could also get entangled in Washington’s decision to restrict Chinese firms from doing business in the U.S.

But Mobius said he’s not “too worried” about U.S.-China tensions.

“In this day and age, countries, regardless of any trade restrictions etc., they still have to trade. And this will be true of the U.S. and China,” he said. 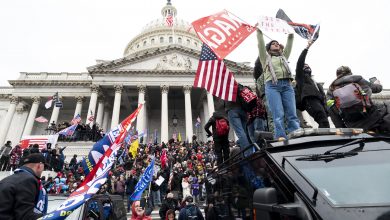 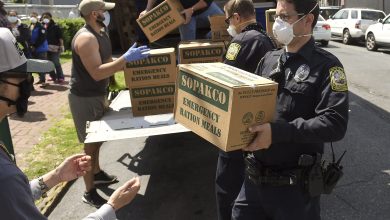 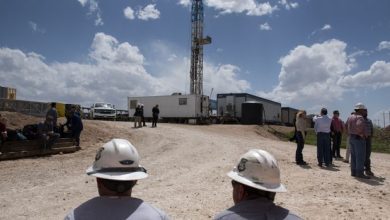 The Price of Oil Is Flying All Over the Place. Here’s How to Play Oil Stocks. 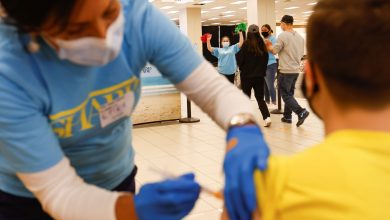 U.S. vaccinations hold steady as deadline arrives to open eligibility to all adults