A woman rides past the New York Stock Exchange (NYSE) on July 13, 2020 at Wall Street in New York City.

Stock market optimism for a stimulus package has been rising, but the focus swings to earnings and that could be a positive for stocks in the week ahead.

JPMorgan, Citigroup, Goldman Sachs, Bank of America and Morgan Stanley all release earnings in the first big wave of corporate reports. There is also some important data, including CPI inflation data Tuesday and retail sales for September on Friday.

“It looks like earnings season might turn out better than expected, based on early reports,” said Ed Keon, chief investment strategist at QMA.. “The guidance looks pretty good. So, we have earnings season upon us, the stimulus talks go back and forth, and it looks like maybe there’s a will to get something done.”

On Friday afternoon, the White House raised its offer for at stimulus package to $1.8 trillion but was still below the $2.2 trillion sought by Democrats. “It’s really hard to read,” said Keon.

But he said even if there’s no agreement on stimulus now, there should be a package after the election, regardless of who wins.

“I actually put some money to work in small caps on the belief if we get further stimulus either soon or a few months from now, you do want to own economically sensitive stocks,” said Keon.”We’re reasonably constructive on the market and valuations are not cheap, but compared to the 10-year [Treasury yield] at less than 80 basis points, stocks don’t look that bad.”

Earnings could provide positive momentum for stocks, if companies continue to beat estimates at a healthy pace, like last quarter.

“Q2 reporting season saw S&P 500 earnings beat at an unprecedented rate, both in terms of breadth (85%) and size (+20%), prompting historically rare, strong upgrades to forward estimates, especially for the cyclicals, and one of the strongest earnings season rallies on record,” wrote Deutsche Bank strategists.

“While the bottom-up consensus for Q3 is for a sharp rebound in headline earnings, the bulk of it is being driven by reductions in loan loss provisions and Energy sector losses. Excluding these, underlying earnings growth is forecast to barely move up (-15% to -13%), despite rising Q3 GDP growth estimates pointing to a strong macro rebound,” they noted.

The Deutsche strategists said the question remains, however, whether the market will respond to earnings beats or election uncertainty.

Keon said the market has been moving up as former vice president Joe Biden extended his lead in the polls because there’s less chance of an uncertain outlook the more one candidate leads. According to RealClearPolitics, he was leading President Donald Trump by 9.7 percentage points, from just about  6 points at the beginning of the prior week.

“I think from the market’s perspective, it doesn’t really matter who wins, as long as we have a clear winner,” said Keon. “I think the direction of the polls are suggesting that we’re going to have a clear winner either on election night or a few days after that. The risk of a messy contested election is going down, and the market is relieved by that.”

Tom Block, Washington analyst at Fundstrat, said Trump appears to be hoping for a stimulus bill signing before the election to help his re-election effort.

“There are many moving parts here, and they’re all moving in different directions,” said Block. “It’s not impossible a deal comes together but the pathway to a deal is not clear on Friday afternoon because of the mixed signals that have come out over the last seven days from the White House.”

Senate Majority Leader Mitch McConnell has opposed a large package, and the two sides have been stalemated. “I think the president believes that he will be helped by having a signed ceremony at the White House approving the bill, that the optics of signing the bill that’s going to send relief to people is an optic he desperately wants, and it can’t hurt,” he said.

The economic recovery is going on in the background, and some parts of the economy have shown real improvement, like housing.

Retail sales on Friday is a good look at how the consumer has been faring, now that enhanced unemployment benefits have been gone for the past two months. Economists expect 0.6% gain in retail sales, the same as August.

Keon said it is important to get some more help for the economy through stimulus. There is expected to be one-time payments to individuals and enhanced employment benefits.

“That would be good news for the market, if we could get more help where it is needed. We really just need to get a bridge for a more normal circumstances next year,” said Keon. 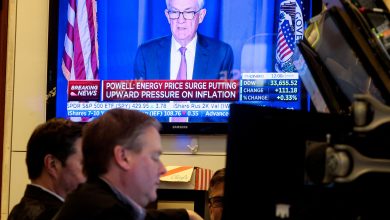 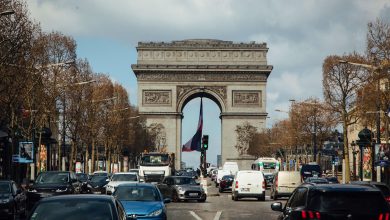 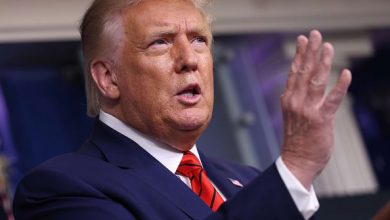 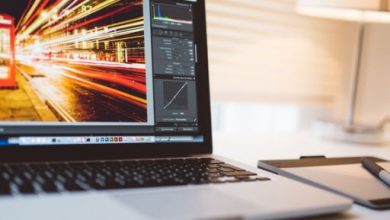