Those remarks came after President Donald Trump tweeted on Wednesday that he doesn’t see “any way Nancy Pelosi and Cryin’ Chuck Schumer will be willing to do what is right for our great American workers, or our wonderful USA itself, on Stimulus.”

CEO Musk noted on the company’s earnings call that Tesla plans to start delivering cars from new factories in Brandenburg, Germany and Austin, Texas in 2021 but that output could be slow at first. The stock was up 1.7%.

Coca-Cola rose more than 1% after the company reported a stronger-than-forecast profit for the previous quarter. CSX and AT&T also traded higher on the back of better-than-expected earnings.

Chipotle Mexican Grill, meanwhile, saw its stock fall 4.5% after it said a shift to delivery orders ballooned costs and led to reduced drink sales in the third quarter.

The U.S. election is set to take place on Nov. 3. Recent polls show former Vice President Joe Biden ahead of Trump and are also pointing toward a potential “Blue Wave” in which the Democrats would win the presidency, obtain a Senate majority and keep control of the House.

On the data front, the Labor Department said weekly jobless claims fell to 787,000 for the week ending Oct. 17. It was the second time since March that claims came in below 800,000. Economists polled by Dow Jones expected first-time applicants for state unemployment insurance to have totaled 875,000.

Correction: This story has been updated to reflect that weekly jobless claims came in below 800,000 for the second time since March. 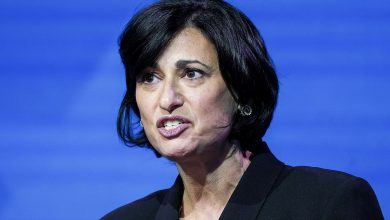 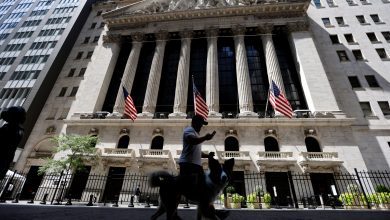 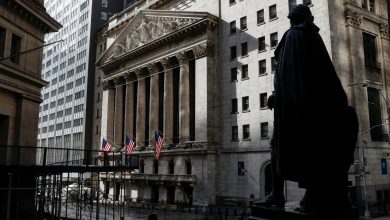 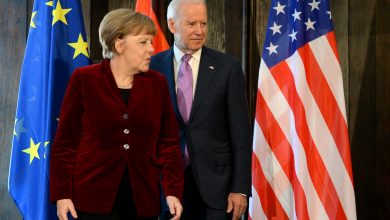 Merkel’s successor will reset relations with Washington. But some core issues remain