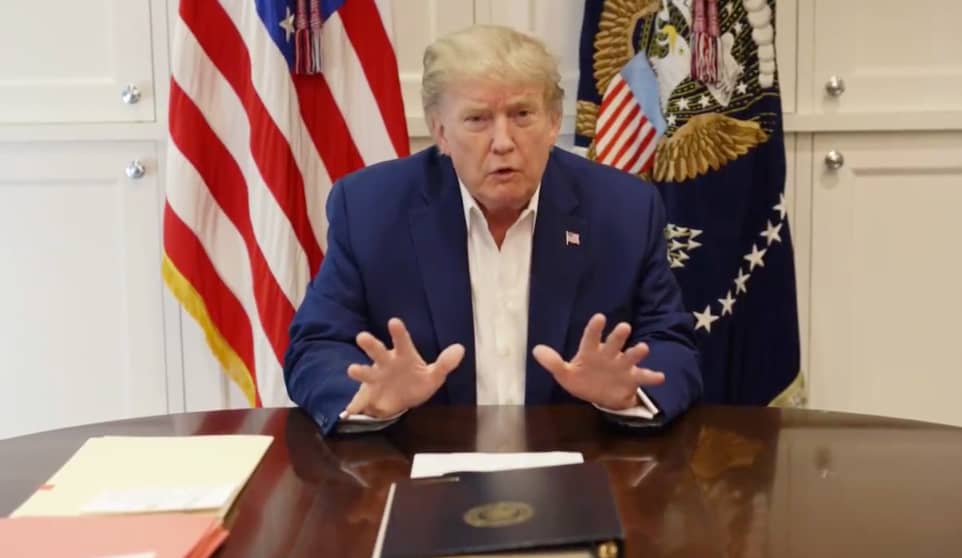 Stock futures rose in overnight trading on Sunday as investors brace for another volatile week with President Donald Trump’s hospitalization adding more uncertainty to the market outlook ahead of Election Day.

Futures on the Dow Jones Industrial Average climbed 100 points. The S&P 500 futures and the Nasdaq 100 futures both rose about 0.4%.

Trump said in a minute-long video posted on Twitter late Sunday that “we are getting great reports from the doctors.” The president also took a short, last-minute motorcade ride to wave to his supporters standing outside the hospital.

Still, Trump doesn’t seem to be out of the woods yet after his doctors said they had begun treating him with dexamethasone, a steroid recommended for severe cases of Covid-19. The president was said to have experienced two drops in his oxygen levels since his diagnosis announcement just before 1 a.m. ET on Friday.

Trump was transferred to the Walter Reed National Military Medical Center on Friday after he was given antiviral drug remdesivir. Trump’s physician, Dr. Sean Conley, said Sunday that his condition has improved and may be discharged as soon as Monday.

“This announcement added yet another level of uncertainty to the election…an election that is in itself one of the many uncertainties surrounding the stock market,” Matt Maley, chief market strategist at Miller Tabak, said in a note on Sunday.

After Trump’s diagnosis, Joe Biden opened his widest lead in a month in the presidential race with 51% those polled backing him and 41% voting for Trump, according to a Reuters/Ipsos poll released on Sunday.

A win for the former vice president in November could spell headaches for Wall Street in the form of higher taxes and tighter regulations, but some also say it could lead to a bigger fiscal stimulus deal that would be good for stocks.

Trump’s illness, as well as a weak September jobs report, highlighted the urgency for further coronavirus stimulus after a months-long stalemate in Washington. Optimism for reaching a compromise has risen after House Speaker Nancy Pelosi signaled progress on Friday, saying “we continue to work on the text to move quickly to facilitate an agreement.”

Pelosi on Friday called on the industry to delay furloughs, saying relief for airline workers is “imminent.”

Trump on Saturday put pressure on Congress to pass a deal, said in a tweet that lawmakers should “WORK TOGETHER AND GET IT DONE.”

The president’s condition also emphasized the gravity of the pandemic that is still roiling major states and cities in the country. New York City Mayor Bill de Blasio announced Sunday that nine ZIP codes in Brooklyn and Queens will most likely shut down on Wednesday due to a recent spike in new cases.

Despite Trump’s shocking news, major averages all eked out modest gains last week. The S&P 500 climbed 1.5% for its first positive week in five. 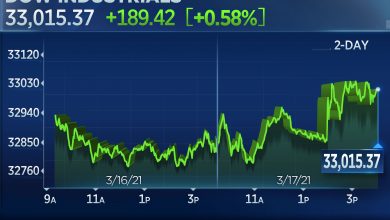 Dow climbs 189 points to close above 33,000 for the first time as Fed sticks to easy policy 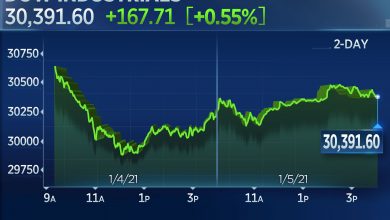 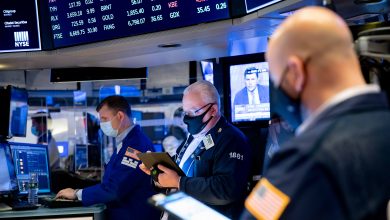 Dow jumps 200 points to a record high as rally continues 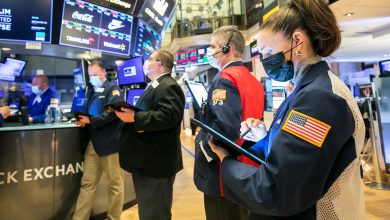 Dow rallies into the green again in wild session, up 250 points