The Dow Jones Industrial Average fell once again on Tuesday as the coronavirus continues to batter the U.S. ahead of next week’s presidential election.

A CNBC analysis of data from Johns Hopkins University showed daily U.S. coronavirus cases have risen by an average of 69,967 over the past week, a record. The average number of Covid-19 hospitalizations has also risen by at least 5% in 36 states over the past seven days, according to data from the Covid Tracking Project.

Concerns over the coronavirus led investors to further buy into the so-called-stay at home trade, which is made up of stocks that benefit from people staying inside. Online retailers Shopify and Amazon rose 3.3% and 2%, respectively. Zoom Video gained more than 1%. Microsoft advanced nearly 2%.

Airlines, which would benefit from the economy reopening, fell broadly. American Airlines dropped 3.9% while United and Delta both slid more than 2%.

“Growth/momentum stocks are having a solid session as investors grow a bit more somber on the near-term macro outlook,” Adam Crisafulli, founder of Vital Knowledge, wrote in a note.

Wall Street was coming off a tough session, with the Dow posting its biggest one-day drop since early September. The decline was sparked in part by the rising number of coronavirus cases and an inability by lawmakers to push forward on new fiscal stimulus.

House Speaker Nancy Pelosi’s spokesperson said on Twitter that the Democratic leader remains “optimistic” about a pre-election deal after Monday’s phone call with Treasury Secretary Steven Mnuchin. However, the spokesperson said Democrats are still waiting on the White House to accept its language around Covid-19 testing and that “our progress depends on [Senate Majority] Leader [Mitch] McConnell agreeing to bipartisan, comprehensive legislation.” McConnell adjourned the Senate until Nov. 9, further diminishing the prospects of a deal being reached before the election.

A slew of large-cap companies reported quarterly earnings on Tuesday, including Dow components 3M and Caterpillar. Caterpillar reported a steep drop in year-over-year earnings and 3M slid 1.6% even after posting stronger-than-expected earnings and revenue.

AMD said it was buying rival Xilinx in a $35 billion all-stock deal in a push for the data center market. Xilinx gained 8.8% on the news. AMD shares dipped 4.1%. 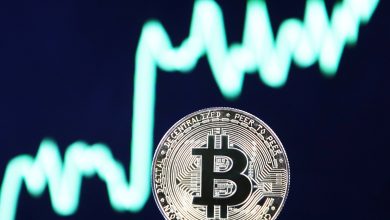 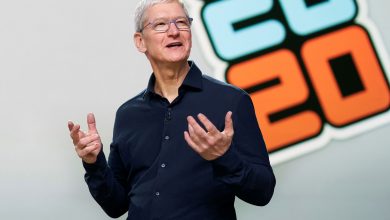 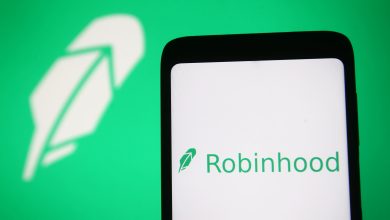