As lawmakers continue to negotiate another stimulus spending measure in Washington, CNBC’s Jim Cramer on Friday continued to recommend that investors put money into stocks of companies that can grow without additional fiscal help.

Earlier Friday, the Trump administration, three days after President Donald Trump moved to punt the issue until after the election next month, proposed a $1.8 trillion package to counter the $2.2 trillion bill that House Democrats passed.

The major averages all climbed higher on hopes that a deal is imminent, capping off a week where the Dow Jones and S&P 500 indexes both grew more than 3% and the tech-heavy Nasdaq Composite advanced more than 4%.

However, Senate Majority Leader Mitch McConnell, who is laser-focused on pushing through Trump’s Supreme Court nominee Judge Amy Coney Barrett in a confirmation hearing, said passing a stimulus package to get checks in Americans’ hands and emergency aid to distressed businesses is “unlikely in the next three weeks.“

Because of the ongoing uncertainty, Cramer is suggesting investors not speculate on divisive talks.

“We’ve had a very big run this week, so I’m concerned there’s a little too much complacency about anything coming from Washington and not enough support or interest in the higher-quality stocks that don’t need any stimulus,” the “Mad Money” host said. “Those are where you want to go if next week turns out to be the house of pain.”

Cramer gave viewers a look at the earnings reports he has circled on his calendar in the week ahead. All projections are based on FactSet estimates:

“I don’t see how either bank’s going to put up numbers that make the Street happy,” Cramer said of Citi and JPMorgan Chase. “The banks are pitiful helpless giants right here because the rates are so low they can’t make any money on their deposits. Plus, they’re facing some incredible real scrutiny from the government and from the Federal Reserve on their dividends [and] their buybacks.”

“They’ve got a fantastic pipeline, so strong that their potential Covid vaccine may not even be the focus, thank heavens, because it’s not going to make any money off of it,” he said. “I always regard J&J’s conference call as a well-oiled machine, but I wish the stock hadn’t jumped above $150 ahead of the quarter.”

“Bank of America put up such good numbers last time that it’s become Warren Buffett’s favorite, even if it’s not the market’s favorite,” Cramer said.

“The press-shy CEO, Charlie Scharf, should think twice about staying silent, because there are a lot of questions that need to be answered,” he said, “questions about the turnaround he’s trying to orchestrate, if there even is a turnaround.”

“It may not be a great time for the regular banks, but it’s a good time for the investment banks,” the host said. “Goldman’s stock is fundamentally solid, although that hasn’t meant much in this bedraggled group.”

“Regardless of what happens in Washington, I expect a big upside surprise here. I expect a good conference call,” he said.

“If we don’t get a stimulus package that includes the airlines, or at least a more limited industry-specific bailout, then you’re going to hear bad things when United talks,” he said. “It’ll be a very bad call.”

“My hope here is that the company’s lowered expectations to the point where they can finally be beaten,” Cramer said.

“I can’t for the life of me figure out why the stock trades at only $48 and change,” he said. “This company’s rapidly becoming less of a broker and more of a financial advisory firm, and I like that a lot.”

“If the price of oil keeps running, well then maybe Schlumberger … could bounce, but what a mess,” Cramer said.

“I’m also looking at VF Corp when they report, because apparel’s starting to come back,” he said. 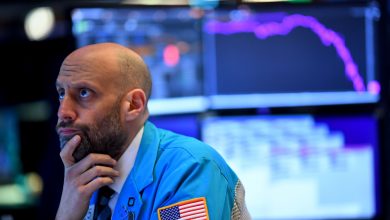 Cramer’s week ahead: Next week could be unpredictable 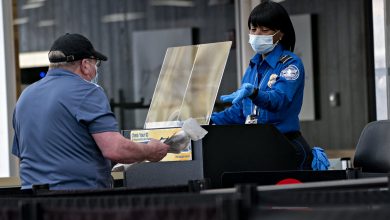 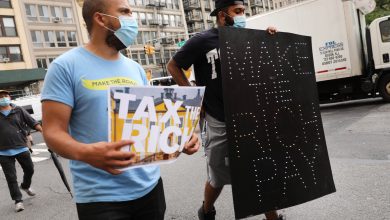 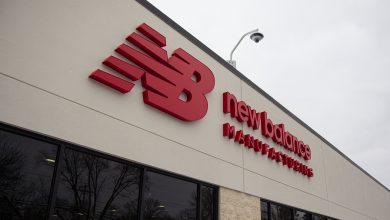