Medical workers deliver a patient to the Maimonides Medical Center on September 14, 2020 in the Brooklyn borough of New York City.

Coronavirus hospitalizations are growing in a majority of U.S. states as Dr. Anthony Fauci, the nation’s leading infectious disease expert, warns the world is not yet “on the road” to ending the pandemic.

Coronavirus hospitalizations, like the so-called positivity rate and deaths, are considered a key measure of the outbreak because it helps scientists gauge how severe it may be in a particular country or region.

Covid-19 hospitalizations were growing by 5% or more in 37 states as of Sunday, according to a CNBC analysis of data collected by the Covid Tracking Project, an increase from 36 states a week ago. Figures are based on a weekly averages to smooth out daily reporting.

Alaska, Iowa, Kentucky, Montana, Nebraska, Oklahoma, South Dakota, Utah, Wisconsin and West Virginia all hit record highs in the average of hospitalizations, the Covid Tracking Project data shows. The District of Columbia and Hawaii are the only two places where hospitalizations are declining, according to the data.

“What’s concerning here is that it’s only mid-October and there is a long fall and winter,” said Isaac Bogoch, an infectious disease specialist and professor at the University of Toronto.

The increase in hospitalizations comes after U.S. cases have grown in recent weeks after a late-summer lull. Over the past seven days, the country has reported an average of about 56,000 new cases per day, up more than 13% compared with a week ago, according to a CNBC analysis of Johns Hopkins University data. That remains lower than the roughly 70,000 new cases a day the U.S. was reporting earlier this year, but is higher than the roughly 30,000 cases per day in early September and is increasing.

U.S. health officials and infectious disease experts have repeatedly warned the outbreak could get worse as temperatures cool and people begin to head indoors. The increase in hospitalizations could be especially dire as flu season approaches, medical experts warn.

The former U.S. Food and Drug Administration commissioner, Dr. Scott Gottlieb, told CNBC on Monday that the U.S. is likely to continue facing significant challenges from the pandemic as cases rise this fall without widely available treatments or a vaccine.

“We’re going to get through it. We’re probably in the 7th inning of the acute phase of this pandemic right now, but the hardest part is probably ahead,” Gottlieb said on CNBC’s “Squawk Box.”

Fauci, the director of the National Institute of Allergy and Infectious Diseases, told CBS News Chief Medical Correspondent Dr. Jon LaPook in an interview that aired on Sunday that the world isn’t near the end of the pandemic.

“When you have a million deaths and over 30 million infections globally, you can not say that we’re on the road to essentially getting out of this. So quite frankly, I don’t know where we are. It’s impossible to say,” he said according to a transcript of his remarks.

While the pandemic will remain a challenge, Fauci said the U.S. may not have to shut down.

The outbreak would have to get “really, really bad,” he said. “First of all, the country is fatigued with restrictions. So we want to use public health measures not to get in the way of opening the economy, but to being a safe gateway to opening the economy.”

He continued, “Put ‘shut down’ away and say, ‘We’re going to use public health measures to help us safely get to where we want to go.'”

–CNBC’s Kevin Stankiewicz and Nate Rattner contributed to this report. 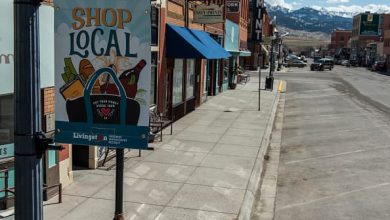 49% of consumers plan to shop Small Business Saturday. These tips can help 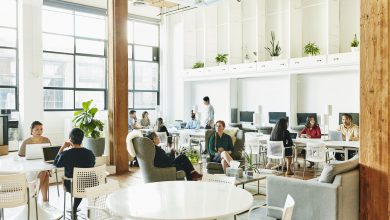 Companies will have to ‘seduce’ staff to go back to the office, real estate CEO says 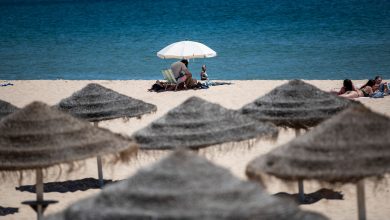 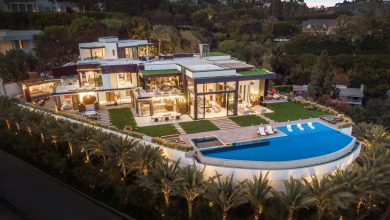 This flashy Bel Air mansion that was listed at $87.8 million flopped at auction — and now the seller is furious