Coronavirus clinical trials from drug giants Johnson & Johnson and Eli Lilly hit a snag this week after safety monitors halted them over bad reactions from participants.

J&J said Monday it paused the late-stage trial of its coronavirus vaccine candidate after a participant reported an “adverse event.” Less than 24 hours later, Eli Lilly said its late-stage trial of its leading monoclonal antibody treatment for the coronavirus had been paused by U.S. health regulators over potential safety concerns. The pauses are likely to add to concerns about the safeness of potential Covid-19 vaccines or treatments.

But pauses to clinical trials are not uncommon, and the delays should reassure the public that the systems in place intended to protect volunteers are working, medical experts said in phone interviews with CNBC.

The data and safety monitoring board, an independent group of experts who oversee U.S. clinical trials to ensure the safety of participants, recommends a pause to a clinical trial any time there is an “adverse event,” said Isaac Bogoch, an infectious disease specialist and professor at the University of Toronto. The pause will take as long as needed to gather all information and does not necessarily mean there is a problem with the vaccine or treatment, he said.

“The DSMB will say let’s push pause on this,” said Bogoch, who is also a member of the group and is overseeing other clinical drug trials. “They will say, ‘we need more data and let’s see if this person was in the vaccine group or in a placebo group.’ They’ll say, ‘let’s see what the actual illness is and use all the data at our disposal to determine whether this was a true side effect from the vaccine and if so, decide if it is safe to proceed with this study.'”

Pauses happen all the time, especially in large clinical trials with older adults, according to Dr. Paul Offit, director of the Vaccine Education Center at Children’s Hospital of Philadelphia.

Offit, a past member of the CDC’s Advisory Committee on Immunization Practices, said “adults get sick” and sometimes “they are going to get sick in the same period of time” of getting a vaccine or treatment.

“Johnson & Johnson’s vaccine is designed to prevent Covid-19. It is not designed to prevent everything else that happens in life,” he said. “You’re always going to be sorting out those temporal associations. Strokes, heart attacks, neurological problems. Always. You always err on the side of caution and make sure that this isn’t a problem and then continue again.”

Bogoch echoed those remarks, adding, “no one before Covid-19 cared when there was a pause on a clinical trial for an antibiotic or heart medication.”

“Never have we been in a scenario where you truly have 7 billion people watching intently and following every single bit of progress under a microscope,” he said. “You know, it’s fascinating and it’s good. It creates a more health literate community. There is only good that can come of it.”

He added a pause isn’t the same as a regulatory hold, sometimes referred to as a “clinical hold.”  A clinical hold is imposed by a health authority, like the Food and Drug Administration, he said.

“It’s a little more serious when you get to a regulatory hold,” he said. “That’s actually when the FDA steps in and say we’re concerned about a particular event and we’re going to stop this trial because we don’t think it’s safe to proceed with the data that we have available at this point in time.”

The FDA still has a late-stage clinical trial from AstraZeneca, a frontrunner in the Covid-19 vaccine race, on hold in the United States. That means the company is unable to administer second doses of its two-dose vaccine regimen to U.S. participants.

The company announced on Sept. 8 that its trial had been put on hold due to an unexplained illness in a patient in the United Kingdom. The patient is believed to have developed inflammation of the spinal cord, known as transverse myelitis. The trial has since resumed in the U.K. and other countries but is still on hold in the U.S.

It remains unknown what reactions the participants in J&J’s and Eli Lilly’s trials had.

Offit said companies will sometimes claim they are protecting the confidentiality of the patient, but he disagreed with the behavior. “As long as you can’t identify the person, they can give you a fair amount of information about the person, but they don’t,” he said.

Dr. Mathai Mammen, global head of the Janssen research and development arm at J&J, told investors on a conference call Tuesday that the company still had “very little information” on the reason for the holdup, including if the patient received the vaccine or the placebo. “It’ll be a few days at minimum for the right information to be gathered,” he added.

Dr. Ezekiel Emanuel, a former health advisor in the Obama administration, said it would “raise serious questions” if the participant received the vaccine.

“One adverse event is serious, especially when you’re considering a vaccine that you’re going to roll out to tens, hundreds of millions of people, maybe even billions,” he said Tuesday on “Squawk Box.” “That’s the ultimate concern.”

Eli Lilly and the National Institutes of Health did not disclose what the “safety” concern was either, but Eli Lilly said it was “supportive of the decision by the independent DSMB to cautiously ensure the safety of the patients participating in this study.”

“Safety is of the utmost importance to Lilly. We are aware that, out of an abundance of caution, the ACTIV-3 independent data safety monitoring board (DSMB) has recommended a pause in enrollment,” spokeswoman Molly McCully told CNBC. 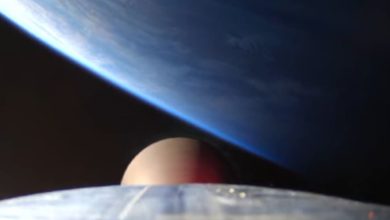 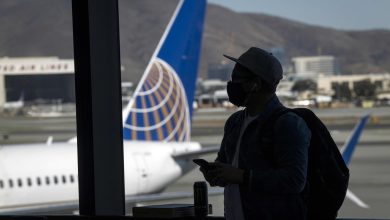 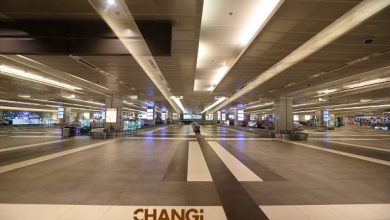