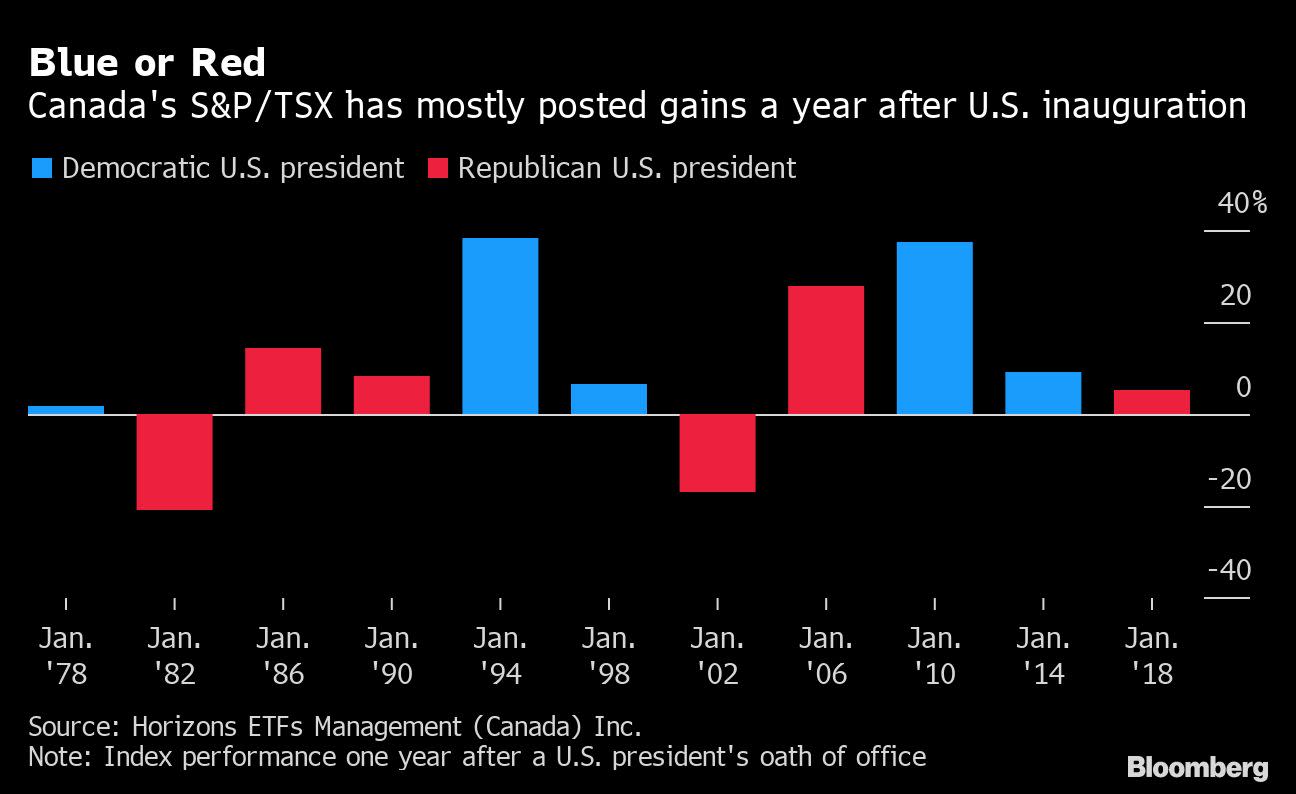 (Bloomberg) — Canada’s main stock index is still about 10% lower than its February high. With its largest trading partner heading to the polls in 11 days, investors are bracing for more volatility — no matter who the winner is.

With just 11 days until the election, Joe Biden is leading Donald Trump by just under 8 points in the RealClearPolitics average of national poll. Democrats are also trying to win back the Senate. For Canadian traders, there’s a lot at stake on the outcome, from the oil sector to marijuana and beyond.

A new stimulus package, corporate tax rates, climate change rules, trade policy and infrastructure spending are some of the big themes in play.

The S&P/TSX Composite Index has produced an average gain of 10% and has been positive nine out of 11 times in the year after the inauguration of the U.S. President, said Brooke Thackray, an analyst at Horizons ETFs Management (Canada) Inc., citing data going back to 1976. The two exceptions: 1982, when the North American economy was in a deep recession, and 2002, when it was reeling from 9/11 and the tech bust.

Here are stocks and sectors to watch as we near election day. Year-to-date stock performance follows each name.

A Democratic win this November is “more favorable” to the cannabis industry, said Canaccord Genuity analysts led by Matt Bottomley.

A task force Biden formed with Senator Bernie Sanders calls for legalized medical cannabis and supports states’ rights to govern the implementation of adult-use programs. The presence of a pro-cannabis running mate in Kamala Harris (sponsor of the Marijuana Opportunity Reinvestment and Expungement Act) also point a potential win for the sector.

The election presents “the most meaningful catalyst package the cannabis industry has seen since Canadian legalization in late 2018,” analysts at Toronto brokerage firm Eight Capital said, with any outcome seen as a win-win for the sector.

The firm sees the reinforcement of Trump as president as “arguably net positive for multi-state operators as it maintains current oligopolistic competitive dynamics in the near and medium-term.”

Almost one-tenth of Canada’s economy comes from the energy sector. Trump’s re-election could be a boon for global heavy oil due to the potential for tighter sanctions on Venezuela, a push for OPEC+ to increase production cuts and a buildout of infrastructure, Eight Capital said.

Biden’s climate change mandate would be negative for pipelines but a possible gain for pure play refiners. If the Democrats run the Supreme Court, his administration could look at shutting down key oil infrastructure, causing oil differentials to blow out.

Policy decisions on electric vehicles have the potential to impact fuel distributors with operations in the U.S., Canaccord Genuity said. A Biden win could be a “slight negative” for those firms given his proposed measurees to increase electric vehicle use, Eight Capital said, adding that a Trump win is seen as neutral.

Biden’s proposal to raise corporate taxes could be a material headwind for Canadian tech companies with big U.S. exposure, Eight Capital said. Investors should consider buying the dip on any near-term volatility based on corporate tax concerns.

The firm recommends building positions in some small-cap stocks that are still considered undervalued and long-term winners of the digital boom.

A Democratic win in the U.S. would be negative for gold’s outlook as climate change policy initiatives may hurt extractive industries, Eight Capital said. A Republican win could be a positive with a shift toward greater emphasis on international political, fiscal and monetary challenges. 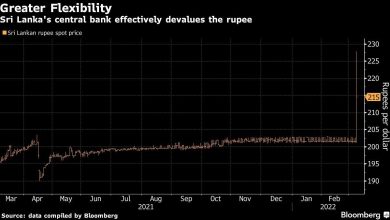 Sri Lankan Rupee Tumbles Most in More Than Four Decades 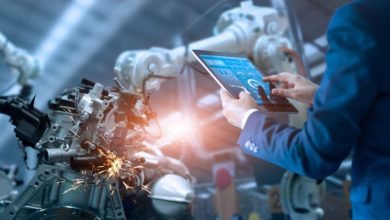 TransEnterix Has A Compelling Case To Be The Next Intuitive Surgical 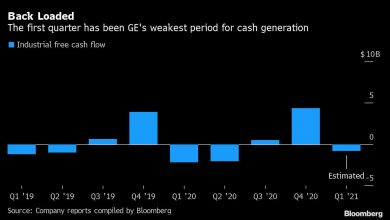 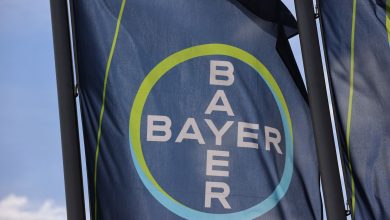