For years, the oil industry drew in investors with sizable—and regular—returns. Even when oil prices fell, Big Oil found ways to keep paying dividends, even if it had to cut them, which happened only in extreme cases. Now, it is becoming increasingly clear that dividends—and profits—are no longer king.

Today’s investors want other things from their oil investments.

Returns are not what they used to be

To be perfectly fair, returns are still important. They are just not the only reason for an investor to buy into or stay with an oil company. The sustainability of an oil company is garnering growing attention, too. But more on that later. Even if returns were the one and only priority of investors today, they would be unhappy.

Back in 2006, the average return on capital employed in upstream activities among Big Oil majors stood at more than 27 percent, a recent study by Boston Capital Group revealed. In 2019, that average was no more than 3.5 percent. That’s before the pandemic pummeled oil prices and forced severe spending cuts. The oil industry’s returns, the study showed, had become much less resilient to price movements.

The difference is too stark to be brushed off as coincidental. Indeed, the authors of the study note that one marked change in the industry during the period between 2006 and 2019 was a shift in companies’ upstream asset portfolios.

The myths about shale and deepwater

Until about 2006, BCG noted in its report, up to 80 percent of Big Oil’s portfolio was made up of conventional oil and gas assets. Since then, they have gone into things such as deepwater and shale. And while investors have been hearing for years how production costs in both deepwater and shale are going down, this has not been the case for all deepwater fields or all shale plays.

Unconventional and deepwater exploration and production continue, overall, to be a lot costlier than shallow water and conventional oil wells. For deepwater, this is because of purely physical challenges such as, as the name suggests, depth. For shale, it is because of the capital intensity of fracking.

A focus has been put on the quick turnaround time of fracked wells: they take a lot less than conventional wells to start bringing in returns on the investment employed. But unlike conventional wells, they have much shorter life spans. In short, the promise of unconventional and deepwater oil has, based on the rates of investment return, fallen well short of promises.

Oil investors have been growing unhappy with Big Oil for a while now, ever since the environmental, sustainable, and social governance trend gathered speed. A growing number of people looking for a company to buy into now want to know that this company’s business is environmentally responsible. That’s not just out of altruistic motives. Investors are being told that climate change constitutes an existential threat for many companies, and the more environmentally responsible a company is, the greater chance of survival it has.

Obviously, oil companies are in a delicate place, to put it mildly, when it comes to environmental responsibility. But it is not as delicate a spot as many may imagine. Global demand for energy is growing, and it will continue growing for the observable future despite the pandemic. And this means that oil and gas will continue to be needed.

“On one hand, the energy transition is real and here to stay,” Bob Maguire, managing director of Carlyle Group, told the Energy Intelligence Forum as quoted by Argus Media. “On the other hand, there are 280mn cars on the road in the US today, 279mn of them running on oil, and the average lifespan of a vehicle is 12 years.”

Oil and gas will continue to be needed, but they would need to be produced differently to satisfy investors’ changing sentiment towards the industry. According to Boston Capital Group’s study, 65 percent of oil investors want companies to prioritize ESG factors over profits, even if this has a negative on said profits.

Related: Why Natural Gas Is The Most Important Fuel Of the Next Decade

As much as 83 percent say Big Oil should invest in low-carbon alternatives to their core business. An even greater majority of 86 percent believe investments by oil companies in clean energy technology would make them more attractive for investors. That should provide a pretty clear picture of where Big Oil needs to go.

The way forward is not all green

Some would argue that Big Oil is already going in that direction, with the European supermajors leading the way with renewable energy investment commitments worth tens of billions. Others would counter that they are still only making promises but little actual work on changing their business.

Indeed, whatever Big Oil’s green ambitions, they would need to stick with their core business of extracting fossil fuels, too. They need the revenues from this core business to fund their renewable energy ambitions. But they could do this differently, too. The BCG study suggests reinforcing their focus on lower-cost production, taking steps to reduce the capital intensity, and pay more attention to risk mitigation. All that in addition to the clearly unavoidable diversification into alternative energy that should make them more resilient to oil price shocks in the future. 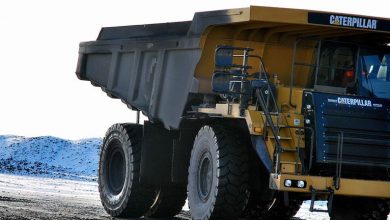 Shareholders Of Caterpillar (NYSE:CAT) Must Be Happy With Their 167% Total Return 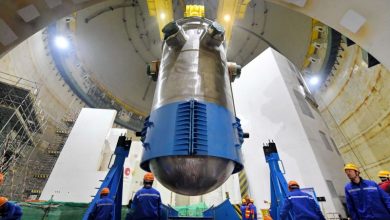 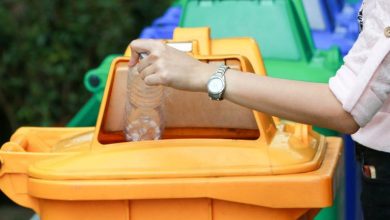 Should You Investigate Casella Waste Systems, Inc. (NASDAQ:CWST) At US$57.51?