As some market participants think they have a better handle on who is going to win the presidential race, that’s actually thrown another level of uncertainty into stocks.

National polling shows former Vice President Joe Biden holding about a 7-point lead over President Donald Trump, an advantage that has stayed fairly consistent through October. At the same time, prediction markets are giving Biden about a 63% chance of winning, a number that also has held during the month.

The possibility of a Biden win complicates something markets have placed a high priority on, namely getting a stimulus bill through Congress sooner rather than later.

If Trump does lose, he would have less incentive to push a big spending package through during the lame-duck period. And that could leave the economy and the market in an uncomfortable lurch well into January.

While a Biden victory likely would lead to an even bigger stimulus package ultimately, that is not enough to sooth the market’s jangled nerves now.

“We’ve just had fits and starts of Lucy pulling that football away,” said Art Hogan, chief market strategist at National Holdings. “Clearly that’s where the market is now. The door has been slammed shut. At the best, we might see something during the lame duck [congressional session], but the market is starting to price in nothing until January.”

Two months might not seem like such a long time normally, but with Covid-19 cases raging around the world and climbing sharply in the U.S., time is becoming the market’s enemy.

Many small businesses report that their cash supplies are dwindling rapidly, with tens of thousands expected to fold in the next six months absent any help from Washington. Stimulus in January could help, but economists worry about economic scarring that could occur should gridlock continue in Congress.

To be sure, most Wall Street strategists think that the disturbing trend in coronavirus cases is front of mind for the market now, rather than the political fallout. However, the two are enmeshed: The more serious the virus spread becomes, the more economic restrictions get put in place.

That, in turn, applies economic pressure and spooks investors, who dumped shares aggressively Wednesday and turned the major averages negative for October.

“It’s playing into the mindset of investors very heavily,” said Mitchell Goldberg, president of ClientFirst Strategy. “If Trump loses the election, he won’t be as motivated to pass a stimulus that the next administration would take credit for. We could see a 5 to 10% correction in the market if we don’t get a stimulus before the next administration comes in. But I think it would be limited to that.”

There’s a lot of calculus that has to go into the exact ramifications on the market, though.

For one thing, Biden is far from a shoo-in to win election. Trump also trailed Hillary Clinton badly in the days leading up to the 2016 election, though Biden is 5.2 percentage points clear of where the former secretary of state stood at this point in the previous race, according to RealClearPolitics.

There’s also the balance of power in Congress to consider.

The Democrats are a near cinch to hold the House, but the 53-37 GOP balance in the Senate is distinctly in play.

At this point, the polls indicate Republicans keeping 46 seats, the Democrats holding 45, and nine in the balance, according to RCPs’s poll tracking. Giving toss-ups to whatever side is leading would put the Democrats in control by 51-49, though half those races are within the margin of polling error.

“Even if there’s a definitive winner with the presidency, what about the Senate races?” said Doug Roberts, managing principal at Channel Capital Research. Investors “want some type of clarity. There’s a bit of uncertainty about a blue wave. What they really want is stimulus.”

The one-two punch of rising infections and stimulus uncertainty could lead to “maybe a minor correction, though it could be a major one,” Roberts added. “It doesn’t necessarily mean you’re going to have a bear market, but you could have a fairly violent correction, bouncing around a bit until you see what’s going on.”

Investing pros anticipate that the current decline ultimately will lead to a fresh buying opportunity once a stimulus measure does get passed, though it could be a rough ride until then.

“It’s more so a combination of three things,” said Michael Yoshikami, founder of Destination Wealth Management. “It’s uncertainty, it’s no stimulus and it’s an excess of optimism about Covid. If any one of those three things didn’t exist, I don’t think you’d see the downdraft you see now.” 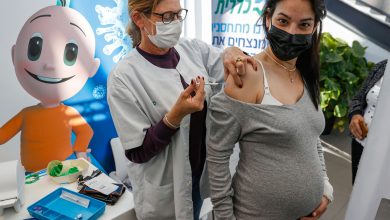 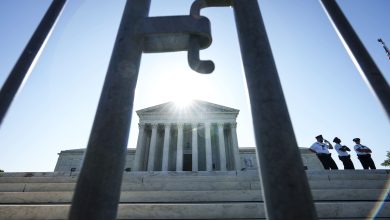 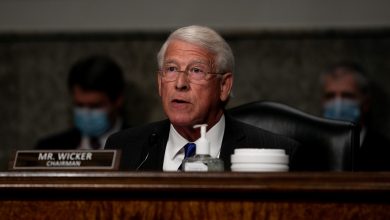 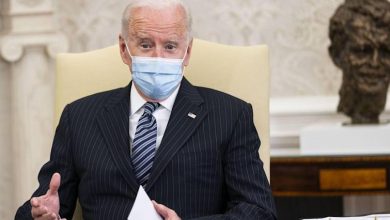 Who has student loan debt for Biden to cancel? Surprisingly, many boomers