Waiting for Washington to approve another round of rescue funding for the U.S. economy is rough on David Kong, who as CEO of Best Western Hotels and Resorts is seeing the damage to his industry up close.

Travel, tourism and hospitality has been at the center of the Covid-19 crunch, hammered by a pandemic that has made many people afraid to travel and use hotels.

Millions of workers continue to be unemployed while hotel and motel owners scramble to keep their businesses open. Owners are now acting as desk clerks and cleaning crews while millions of workers remain sidelined with an uncertain future.

Kong doesn’t know how much longer those struggling to keep things going can continue.

“It’s really hard to say when a recovery is going to be. This situation we are in now, it’s not sustainable. It’s really bad,” Kong told CNBC in a phone interview. “As people use up all their savings and reserves, they’re going to default on their loans. And then what?”

The hotel executive spoke with the White House and congressional Democrats at loggerheads over the next round of funding. President Donald Trump’s negotiators have put forth a package worth $1.8 trillion, just $400 billion short of a bill the Democrat-controlled House already has passed but which has been deemed insufficient by Speaker Nancy Pelosi.

While the drama continues to play out on Capitol Hill, the $290 billion hotel and restaurant industry, and the hospitality industry more broadly, continues to struggle.

The hospitality sector saw 9.1 million layoffs from March to August as the unemployment rate for the sector peaked at 39.3% in September. While 4.9 million workers have been called back, that still leaves 4.2 million displaced workers and a jobless rate of 19% in September, more than double the national level of 7.9%, according to the Labor Department.

From the standpoint of ownership, about 38,000 of the nation’s 57,000 hotels will close within six months without further government assistance, according to the American Hotel & Lodging Association.

“You’ve got a lot of pressure on cash flow, and you can only do so much with eliminating expenses and cutting people,” Kong said. “You still need revenue.”

Getting revenue now is difficult, he added, as hotels cut rates to try to boost occupancy.

Federal programs were instituted during the pandemic to help business cope with the forced loss of business due to government-instituted lockdowns.

The Paycheck Protection Program provided $67.8 billion in loans that could be forgiven if used to retain jobs. The Federal Reserve’s Main Street lending program has made $2.2 billion in loans but under more stringent conditions.

A few hospitality-related businesses have taken advantage of Main Street loans – Mt. Airy Casino Resorts in Pennsylvania’s Pocono Mountains was among the first recipients – but businesses and banks alike have voiced concerns over the regulations tied to the program.

“Liquidity is the key here,” Kong said. “The Main Street lending program needs to help out more. The guidelines were very restrictive. Most hotels can’t avail themselves to the that, which is a shame.”

Fed officials have talked about altering the terms of Main Street, which already has undergone multiple changes since it was first introduced. PPP remains on hold; Congress could release funds separately from the omnibus negotiations, though Pelosi has resisted a piecemeal approach.

Trump last week said he’d be willing to go bigger than either of the parties, though he did not specify a number and his statement came just days after he ordered White House negotiator to stand down.

Legislators may not need to go as big as the current proposals being bandied around to get help to the economy, said Tom Porcelli, chief U.S. economist at RBC Capital Markets.

“A targeted approach is much better than just trying to throw a bunch of things at the wall and see what sticks,” he said. “Fiscal policy right now is supposed to be a bridge to get us to a better place.”

In fact, Porcelli thinks that just $700 billion probably would provide enough juice to an economy that he, like many Fed officials, thinks is growing at a healthier pace than expected.

Indeed, trackers from KBE and Jefferies indicate that activity is about 80% of what it was in pre-Covid levels. Still, Glenmede strategists point out that the “high-contact” portion of the economy, which would include hotels, restaurants and air travel, is only about 46% of normal, though air travel is at a seven-month high.

That’s where Kong said the rescue funds can help his troubled industry.

“The job situation is just absolutely horrible. You’re talking about people that worked 25-30 years in our industry who are laid off. There’s no safety net, no insurance,” he said. “Hotels are the heart and soul of any community, and hotels are small businesses. These are hard-working people trying to make an honest living.” 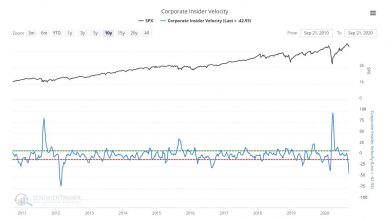 Insiders Sell Stock at Fastest Pace Since 2012 in Market Dip 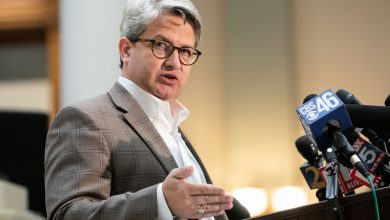 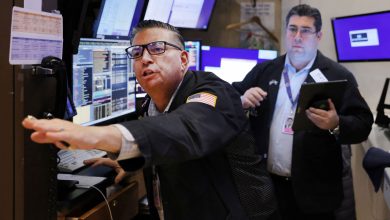 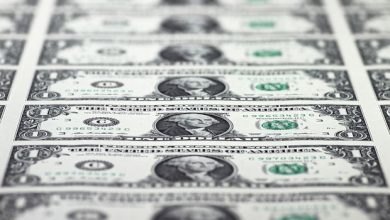 Money Isn’t Pouring Into U.S. Stocks. What That Means for the Market.