UPDATED with CEO comments. AT&T said 8.6 million customers activated their access to streaming service HBO Max in the third quarter, more than double the 4.1 million reported in the previous quarter.

The company edged Wall Street analysts’ estimates overall in the quarter, with total revenue of $42.3 billion and adjusted earnings per share of 76 cents.

During a conference call with analysts, CEO John Stankey said the progress of HBO Max since its May launch has “played out as we expected,” except for the impact of COVID-19. The pandemic squeezed original programming, he said, which in turn

HBO Max launched in May, one of several new subscription streaming services to hit the market. When combining linear and streaming, AT&T reported 38 million subscribers to both HBO and HBO Max as of September 30, ahead of its internal target of 36 million. Globally, the company said it has 57 million subscribers.

Asked for his outlook on the pay-TV bundle, Stankey said “a number of channels will probably fall away over time as it gets a little bit thinner.” HBO Max is designed to be an answer to that secular decline hitting all programmers, he added, with the combination of subscription and ad revenue (coming next year) putting the company “in a good place strategically over time.”

As of launch, HBO Max was available at no cost to about 10 million existing HBO subscribers within the AT&T pay-TV and wireless footprint. In the earnings release, there was no breakdown of how many of the 8.6 million activations were pure direct-to-consumer compared with those already paying for HBO access who turned on Max.

The company said it invested $600 million in HBO Max in the quarter, with total spending on it at $1.3 billion in 2020 to date, on target for a planned $2 billion outlay for all of 2020. WarnerMedia was the last major company to launch a streaming initiative, joining Disney, Apple and NBCUniversal in the effort to slow Netflix’s momentum. HBO Max has faced an additional complication in that customers paying for HBO via their pay-TV or wireless plan have access to the service but need to activate it. Others pay $15 a month to sign up without any other subscription.

Library titles on HBO Max have been “strong,” Stankey said, though no viewership numbers or other metrics were shared. Owned properties dominate the rankings of the top 10 most watched shows, he added, with only one or two shows or movies licensed from other companies, which bodes well for the economics of the service. “We probably could have done better” with the full lineup of planned originals, he added. A reunion of the cast of Friends had been billed as the marquee Max launch show, but was scratched on the eve of shooting.

Comparing streaming services with each other is far from an apples-to-apples process. Akin to WarnerMedia leveraging AT&T’s distribution, NBCU tied Peacock with parent Comcast’s cable and broadband offerings, allowing subscribers to activate for free. It also has a basic, ad-supported tier that is free for anyone. Comcast said last month it has gotten 15 million sign-ups for Peacock. Apple is bundling Apple TV+ with its devices and is also bundling subscriptions of video streaming with news, music, cloud and other services. Disney, meanwhile, is more of a pure direct-to-consumer proposition. It has reached 60.5 million subscribers and will report updated numbers next month. Netflix leads the pack with 195 million global subscribers.

AT&T said it lost 590,000 video subscribers in the period across its satellite and cable offerings. The Entertainment Group, which houses the pay-TV operations, had revenue of $10.1 billion in the period, down 10.2% versus the year-ago quarter, reflecting continuing declines in video subscribers and legacy services and lower ad revenue.

COVID-19 has taken a toll on the company as with others in the media business, with total revenue falling from $44.6 billion in the same quarter a year ago. Free cash flow, though, climbed 34% to $8.3 billion.

Television advertising, a major driver for the company, has been hit hard in 2020 but it rebounded in the third quarter as NBA games shifted later in the year. The operating income margin at WarnerMedia was 23%, down from 34% a year ago.

Warner Bros saw revenue plunge 28% to $2.4 billion in the quarter it released Tenet, which has been a non-event in the U.S. due to theater closures and restrictions. It has fared much better in international territories and came into this week with a worldwide cume of $334 million.

Stankey said sports content is important for linear networks, but the company is not planning on expanding in that area. “I don’t see going deeper in sports,” he said. WarnerMedia will “partner at the right amount, but our goal is not to become known as the sports company.”

Randall Stephenson, who preceded Stankey as CEO, promised live news and sports content on HBO Max in 2021. Stankey said the ad-supported tier of Max will have live non-sports events but he offered no further details.

Turner carries NBA, Major League Baseball, college basketball, golf, soccer and other sports. AT&T’s DirecTV has long had the NFL Sunday Ticket package, but the fate of the satellite division and those rights are uncertain heading to the 2022 expiration of the rights. The NFL has indicated it would like to see more parties involved in the package and AT&T has reportedly shopped all of DirecTV, which it acquired in 2015. Stankey declined to comment when asked about the state of play for DirecTV.

Net debt for AT&T was $149 billion at the end of the quarter, down slightly from $151 billion a year ago. At the time of the Time Warner deal’s closing in 2018, debt was $180 billion and the company has worked assiduously to sell off assets to pay it down, shopping DirecTV and advertising and video game operations. 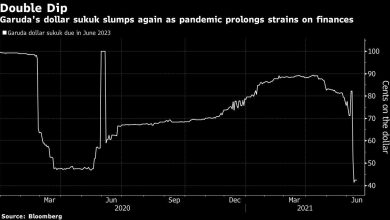 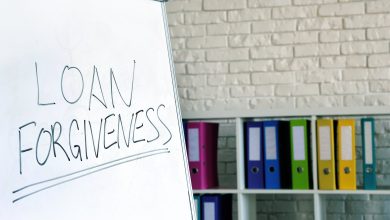 The new rules for the public service loan forgiveness program 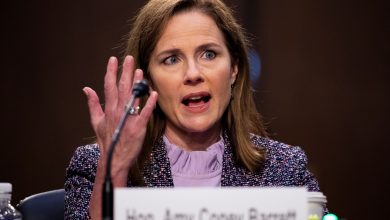 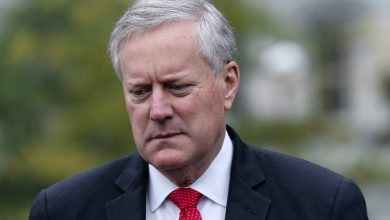