To find the forces fueling Democrats’ dream of a blue Texas in 2020, the Houston suburbs offer a good start.

The party flipped one U.S. House seat on the outskirts of the country’s fourth-most populous city in 2018. Democrats have set their sights in the Nov. 3 election on a couple of other area seats, including the state’s 22nd District, which spreads out to the south and southwest of downtown Houston.

Republican Rep. Pete Olson has won six straight elections there. He carried the district by nearly 20 percentage points in 2016. But his decision not to run for reelection has left a Republican, Fort Bend County Sheriff Troy Nehls, vying for the open seat with Olson’s 2018 opponent, Democratic former foreign service officer Sri Preston Kulkarni.

After Kulkarni lost to Olson by only about 5 percentage points in the midterms, the district became one of the most closely watched House battlegrounds in the country. The race has seen a flood of outside money — more than $12 million for and against Nehls and Kulkarni — putting it among the most expensive contests in the country.

Texas’ 22nd District is one of the most racially diverse congressional seats in the country. The presence of the energy sector, the health-care industry and NASA have sent the area’s education levels and median incomes soaring.

It’s exactly the type of place where Democrats have seen success in the Trump era. It’s also one of about a dozen potentially competitive U.S. House races in Texas where the party still has to overcome years of GOP success to win.

“Donald Trump’s presence in the White House has played a prominent role in converting what was once a safe Republican district as recently as 2016 into a toss up race in 2020,” Mark Jones, a political science fellow at the Baker Institute at Rice University in Houston, said in an email.

Nehls, 52, is a well known and generally liked local official who has twice won election in Fort Bend County, where most of the district’s voters live. Even so, political experts in the area said anti-Trump sentiment could drive more people toward the 42-year-old Kulkarni in what is expected to be a tight race.

Democrats aim to keep or even expand their House majority this year in an election where Republicans will struggle to keep control of both the Senate and White House. Success in the House races could go hand in hand with support for Democrats statewide, as the party reaches for a so far elusive goal of flipping the gargantuan state blue.

An average of recent Texas polls shows President Donald Trump leading Democrat Joe Biden by about 3 percentage points in a close 2020 presidential race. However, GOP U.S. Sen. John Cornyn has an average 8 percentage point edge in this year’s reelection bid — underscoring his favorability relative to Trump’s in the conservative-leaning state.

Trump’s policies have contributed to making the 22nd District more competitive. Still, the president only amplified demographic forces at work over the last decade.

“CD 22’s population portends what Texas will look like in the coming decades with the nation following decades later,” Renee Cross, senior director of the University of Houston’s Hobby School of Public Affairs, said in an email.

“With these demographic factors in place, the Democratic Party will continue to gain ground in CD 22 and the rest of Texas unless the Republican Party’s positions begin to address the interests of non-white voters,” Cross said.

Asian Americans are generally considered more likely to support Democrats than Republicans now, but that was not always the case. Jones said fiscal conservatism among the bloc, and anti-communist sentiment among Vietnamese Americans in particular, have helped Republicans in Texas.

But Trump has appeared to damage the GOP’s prospects with Asian American voters. The president’s efforts to crack down on immigration appeal to many Republicans in the district, but may not help with other voters in an area where more than a quarter of the population was born outside of the U.S., according to Cross.

Jones and Cross both said Trump’s rhetoric around Covid-19, including repeatedly calling it the “Chinese virus,” could inflame disapproval of the president. Efforts to limit H1-B visas for high-skilled employees, which workers from India disproportionately claim, “have not gone over well” among the district’s Asian American voters, Jones said.

Kulkarni, the son of an Indian immigrant himself, aims to win in no small part by boosting turnout among Asian Americans in the district. In February, he told CNBC that his campaign has reached out to voters in 15 different languages.

Statewide polls in Texas this year have repeatedly found both Trump and Cornyn fare worse among voters with college degrees than those without them.

How Nehls and Kulkarni win

Despite the demographic changes in the district, Nehls has a couple major advantages over Kulkarni. The district has supported the GOP in the last six U.S. House elections and still leans red overall.

In addition, his name recognition as a local elected official gives him an edge over Kulkarni, who has had to work harder to introduce himself to voters. That could help Nehls’ campaign as it faces a huge fundraising deficit: Nehls has raised $1.5 million during the 2020 cycle, less than a third of the nearly $4.9 million taken in by Kulkarni’s campaign.

The district includes most of Fort Bend County, one of the more populous in the state. Nehls has won two previous countywide elections.

It also holds a sliver of Harris County, the state’s most populous county where Houston sits, and part of Brazoria County.

Jones expects Nehls to carry the Brazoria portion of the district and Kulkarni to win the Harris piece. Therefore, he believes the winner of the Fort Bend area will prevail in the election.

Early voting rates have exploded in Fort Bend during the coronavirus pandemic. By Monday, more than 54% of the county’s registered voters had cast ballots with four days of early voting remaining, according to the Texas Tribune. Total early turnout was about 53% in the county in 2016.

It is unclear now whether the high turnout portends increased voting rates overall, or is a result of people who would normally cast ballots on Election Day doing so ahead of time.

The Nehls and Kulkarni campaigns did not respond to CNBC’s requests for comment.

Kulkarni has for the second straight election run with health care as his leading issue. He most recently targeted Trump after the president, during an interview on the CBS program “60 Minutes,” repeatedly would not detail what he would do to replace the Affordable Care Act if the Supreme Court strikes it down.

“Today, the president revealed what many of us have known for a long time now: there is no plan to replace coverage for pre-existing conditions if the Affordable Care Act is repealed,” the Democrat said in a statement Friday. Kulkarni backs a public health-care option, which Democrats will likely pursue if they control both chambers of Congress and the White House next year.

Nehls has said he will work to keep the ACA’s protections for people with preexisting conditions. Republicans have made the issue a point of emphasis this year after Democrats hammered the GOP over Obamacare repeal attempts on the way to flipping the House in 2018.

Access to health-care coverage has become a bigger issue during the coronavirus pandemic. The outbreak has hit the Houston area particularly hard. Harris County’s nearly 160,000 cases are fourth most in the U.S., while only eight counties have seen more than the 2,783 deaths in Harris, according to data compiled by Johns Hopkins University.

Cross said Covid-19 has also received more attention in the 22nd District than in many other parts of the country because the health-care industry is a major employer. She added that the economic downturn caused by the outbreak compounded issues already created by lower oil prices before the pandemic.

Biden threw in one more potential wild card in the race when he said during the last presidential debate that he would transition away from oil. He later tried to clarify that he wants to get rid of fossil fuel subsidies.

Both Kulkarni and Nehls have tried to balance the often competing interests of protecting a major industry in their area and slowing climate change that has left Houston vulnerable to extreme weather. The region saw catastrophic flood damage from Hurricane Harvey in 2017.

Biden’s oil comment could have created difficulties for Kulkarni. Still, experts say the top of the Republican ticket poses a formidable challenge for Republican candidates in the 22nd District and other areas of the state Democrats hope to turn blue this year.

“If Nehls loses, it will be largely due to the burden imposed on his candidacy by Donald Trump,” Jones said. 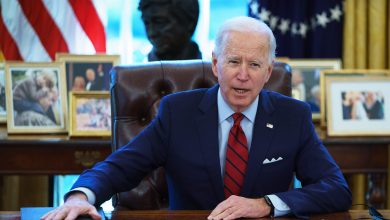 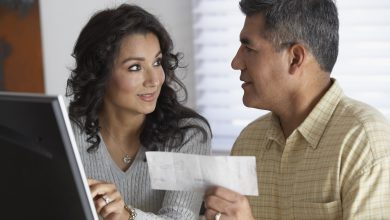 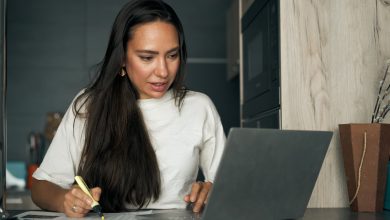 Over a third of Americans plan to spend their tax refund right away, mostly to pay bills 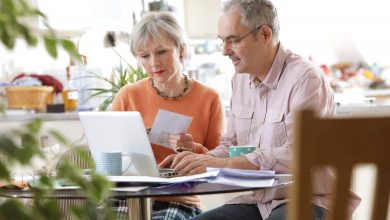