As one of the largest and most widely held companies in the world, Apple Inc. (NASDAQ: AAPL) often exerts outsize influence on the market. That’s been especially true in 2020 as Tech companies took on the mantle of market leadership, helping send the broader market both higher and lower, depending on the day.

Lately, however, Tech has been in a bit of a funk, losing some leadership to the more “cyclical” sectors like Financials and Industrials as many investors hope for an economic revival. Also, some of what we’ll call the “pandemic names” like Workday Inc (NASDAQ: WDAY), Docusign Inc (NASDAQ: DOCU), and the Trade Desk Inc (NASDAQ: TTD) have pulled attention away from the “mega-caps.” Still, AAPL’s recent rollout of the iPhone 12 and its stock split put the company back in the spotlight.

Apple never lacks attention when it reports, even when its earnings compete with three other “FAANG” stocks for attention. That’s the case when AAPL opens its fiscal Q4 books Thursday after the close, but with CEO Tim Cook’s company still brandishing a $2 trillion market cap, anything AAPL says or does will probably stand out on the crowded calendar.

One big question heading into earnings is how the new iPhone 12 is doing after its launch just a few weeks ago. A move to 5G may end up being a tailwind for the iPhone 12 as carriers give special offers to help woo customers to their higher-speed offerings.

However, there’s likely to be plenty of competition both here and abroad as other companies take advantage of 5G, so how does AAPL see the race shaping up? And how many current iPhone users will head to the Apple Store of their choice (or online) to replace their phone with a 5G model? Early signs look good, analysts say, but AAPL could shed more light Thursday.

Alongside more clues about iPhone sales, investors should look at demand for iPads and Macs. These products, which a few years ago had dropped off the radar a bit, have gotten new life in 2020 given the increased working, playing and learning from home sparked by the pandemic. Sometimes those clues can come ahead of time by checking how companies that make “peripherals” for AAPL products are doing.

For instance, Barron’s pointed out, consider a recent earnings report from Logitech International (NASDAQ: LOGI), which said that iPad accessories were up 144% in the quarter. This has some analysts feeling optimistic going into AAPL’s reporting date.

AAPL used to be mostly a products company, but these days services mean a lot, too. The services business encompasses everything from the App Store to licensing deals, and Services revenue came in just a touch below analysts’ expectations in FY Q3. Maybe analysts were just too optimistic, because services did grow almost 15% year over year, not a shabby showing considering the pandemic.

However, AAPL didn’t share guidance last quarter. Will it decide to do that this time? If it does, that might play well on Wall Street, where there’s hunger for more corporate insight into 2021 and beyond.

A Hot Stock That Cooled Off

Apple’s strong FY Q3 earnings performance helped shares, which have more than recovered what they lost during the coronavirus-sparked selloff earlier in the year. Shares also got a boost after the company announced a four-for-one stock split toward the end of July. The company’s stock hit a record high early last month after the split went into effect, but shares have pulled back since then.

Retail investors often use stock splits as trading opportunities, accessing popular names that may have gotten too expensive on a per-share basis. But sometimes buying interest cools off a little post-split.

Last month saw a wider pullback in tech-related stocks that helped pull down AAPL shares along with the rest of the industry (see figure 1). After leading the market higher as tech-related names became a popular trade, the wind got knocked out of those sails as investors seemed to decide to take some money off the table.

FIGURE 1: TECH SURGE AND PARTIAL PULLBACK. Shares of Apple (AAPL – candlestick) had been on quite a run since the depths of the coronavirus pullback in March 2020. The same can be said for the Technology sector in general (IXT – purple line). Both have pulled back in recent days amid profit-taking and sector rotation. Data sources: Nasdaq, S&P Dow Jones Indices. Chart source: The thinkorswim® platform from TD Ameritrade. For illustrative purposes only. Past performance does not guarantee future results.

The Baby And The Bathwater?

Tech became a crowded trade earlier this year as investors flocked to big names hoping to get in on the sharp rally. That rally may have been sparked by people looking to mega-cap names because they wanted to be in equities but also wanted the perceived safety of large established players that were benefitting during the pandemic.

There’s also the “cash is king” concept—and that’s one place where AAPL tends to outshine most of its peers. According to company filings, AAPL had nearly $200 billion in cash and marketable securities on its balance sheet as of Q2. That can put it in a position of power to weather potential storms—such as a deep recession—and perhaps make a strategic acquisition or two.

The recent pullback leaves Apple’s shares well below their record as we head into the earnings report later this week. While that could seem like a bargain opportunity for some, the stock is still up strongly on the year and its valuation is well above the historic norm, which might raise eyebrows.

The leadership of tech-related companies to either move the wider market higher or lower may not necessarily fade as coronavirus worries continue.

But there are other factors also affecting the tech world, such as antitrust stirrings. Still, Apple may not be as susceptible to that as other companies because the iPhone maker has stiff competition from other device- and computer-manufacturers.

While that competition may be a boon from an antitrust standpoint, the likes of competition from Samsung, Alphabet Inc (NASDAQ: GOOGL), and Microsoft Corporation (NASDAQ: MSFT) is still a force that Apple has to reckon with, and something investors have to put into their calculations.

AAPL is expected to report adjusted earnings of $0.71, down from $0.76 in the prior-year quarter, according to third-party consensus analyst estimates. Revenue is projected at $64.1 billion, roughly flat versus a year ago.

The options market has priced in an expected share price move of 3.4% in either direction around the earnings release, according to the Market Maker Move™ indicator on the thinkorswim® platform.

Looking at the October 30 expiration, put activity has been heavy, with concentrations at the 110 and 112 strikes. Even higher numbers have been seen to the upside, with the 120 calls dwarfing others, but with heavy concentrations also at the 115 and 125 strikes. The implied volatility sits at the 43rd percentile as of Wednesday morning.

TD Ameritrade® commentary for educational purposes only. Member SIPC. Options involve risks and are not suitable for all investors. Please read Characteristics and Risks of Standardized Options.

Photo by Sara Kurfeß on Unsplash 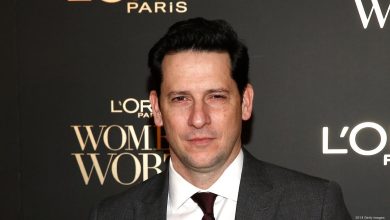 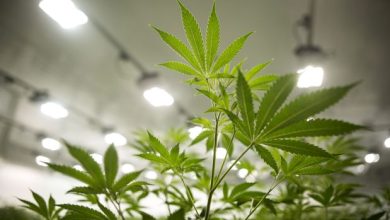 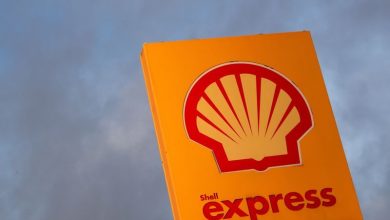