ALEXIS CHRISTOFOROUS: We have our eye on Apple this morning now that it’s finally rolled out that much anticipated iPhone 12 with a 5G version. Jeriel Ong covers Apple at Deutsche Bank, and he joins us now. Jeriel, good to have you here this morning. So did these iPhones live up to the hype?

JERIEL ONG: Yeah, ultimately I would say they came in pretty much in line our expectations. They were– the feature set. what iPhone 12 could offer was kind of well-telegraphed going into the event. So I wouldn’t say there were any major surprises, at least from iPhone itself, but the same time it continues to be impressive how much engineering Apple continues to drive into the iPhone line up.

BRIAN SOZZI: Jeriel, you really kept it real in your note this morning. I want to read a statement from it here. You note, quote, “We worry that the event did not make a strong enough case that the average consumer should tilt their purchasing towards an iPhone 12 Pro slash Pro Max versus a iPhone 12 or iPhone 12 Mini.” As you step back here, do you think all this talk of a iPhone supercycle is just not going to happen with this latest suite of phones?

JERIEL ONG: Ultimately, when I wrote that in that note, I think what really is becoming pretty clear is that the incremental value from getting an iPhone 12 Pro is essentially double the storage size and one extra camera. A nicer camera suite, in terms of technology. Is that worth $200? Is that worth $300 if you kind of go to that Pro Max and you have a little bit bigger screen? I mean, I don’t know.

I think Apple has kind of positioned themselves correctly. I think they think iPhone 12 is probably going to be the best seller of the four products. But I think to your question about a supercycle, we do think it’s going to be a strong year for Apple in 2021. They’re probably going to gain share versus the market. We think that in this new day and age of smartphone purchasing, people really want to future-proof their products.

So even if there isn’t necessarily 5G technology in their exact area that they live, if they’re going to hold a phone for, you know, maybe three, maybe even four years, you’re going to want to have 5G. So that you can use that at some point in the future. Even if it’s not necessarily fully available where you live.

ALEXIS CHRISTOFOROUS: Yeah, I’ll be curious to see though if because consumers know it’s a ways off, if they feel compelled to buy it now. Especially if there’s something bigger and better later on. And maybe the price of the current iPhone 12 5G comes down, right?

JERIEL ONG: Yeah, that’s a really good point that you’re making. I think the 5G technology that’s going to this phone isn’t cheap. And I think that’s the reality. It’s a little bit of a step up versus the historical 4G technology that has been, you know, well– kind of, you know, almost a well-oiled machine at this point in time. And every single iPhone for generations upon generations.

And so there’s a possibility people could wait, especially with the macro environment. But as it stands, I think expectations are being very strong. I think we’ll see how demand manifests in the next, call it one to two weeks once the product actually starts to sell. But for now, I think we’re confident that sales should be strong going into the holiday season.

BRIAN SOZZI: So Jeriel, no earbuds and no charger with these phones. How much will that save Apple? And how much will it impact their profits over the next couple of quarters?

JERIEL ONG: Yeah, that’s a great question. I think Apple kind of marketed it and sold it as an environmental reason. You know, hey, we’re going to save this amount on shipping or on packaging, on shipping. And there’s already so many consumers out there who have earphones, who have chargers and they can just simply reuse what they have.

Ultimately, there are going to be savings from not having these products in, you know, a dollar cost savings from this. They frankly, just could be offset by the higher cost of the screen, frankly. OLET continues to be an expensive screen technology, but it offers a superior screen experience. But really hard to design, and expensive to design into especially the lower priced phones. And then the 5G technologies I mentioned earlier is also incrementally, potentially a little bit more expensive than it was for 4G LTE.

ALEXIS CHRISTOFOROUS: And Jeriel, they also announced are going to stop selling third party headphones and speakers. What does that tell you about Apple’s plans in that space?

JERIEL ONG: Ultimately, it kind of just– to me it signifies the increased importance of AirPods, frankly. You know, Apple kind of has had this longstanding policy of prioritizing their own products, as they well should, across a variety of markets. You know, you wouldn’t walk to an Apple store and see a Samsung smartphone being sold in an Apple store. And so I think the increased importance of AirPods, and Apple’s desire to kind of cross-sell AirPods to its customer base is kind of what you’re seeing here.

I think there’s increase in the log data that’s coming out that if a consumer buys an iPhone and a set of AirPods they’re less likely to perhaps switch to an Android ecosystem at some point. And so selling AirPods, selling watch devices especially really solidifies and strengthens a consumer’s ability to kind of buy iPhones going forward and be stuck in this IOS ecosystem.

BRIAN SOZZI: Do you think– now that you’ve had some time to digest what Apple put out yesterday. Do you think with these phones Apple has reached a limits on what it could do with a mobile phone?

JERIEL ONG: No, they’re definitely just still scratching at the surface, frankly. There’s a lot that– in terms of the annual increase in processing power that these phones are offering, there’s a ton of new features that continue to be discussed that Apple is working on, designing that still have a mean to the phone, frankly. So we think that this 5G iPhone is just going to be the first stab at a strong 5G smartphone that they, you know, offer amazing battery life. And then generations to come are going to be even better.

ALEXIS CHRISTOFOROUS: All right, Jeriel Ong of Deutsche Bank, thanks so much for being with us today. 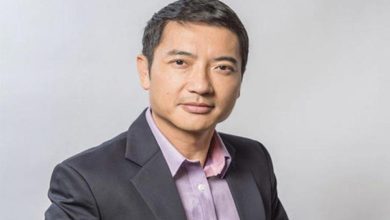 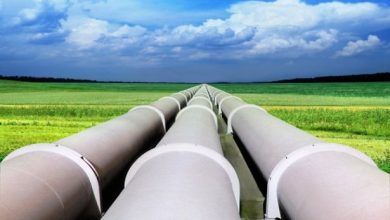 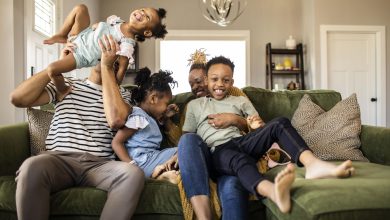 Using an LLC for Estate Planning