(Bloomberg Opinion) — Last week’s virtual meeting of oil ministers from the OPEC+ alliance was a fascinating insight into the exercise of power by Saudi oil minister Prince Abdulaziz Bin Salman. It opened with ABS, as he’s referred to, lecturing his counterparts about the importance of honoring the oil output cuts they agree to, not as an act of charity but as a vital commitment to maximizing each member country’s profits.

The only person sitting at the table with him in Riyadh was the oil minister of the United Arab Emirates — the latest country to blatantly ignore its production goal. It can’t have been a particularly comfortable place to be.

It turns out that the new OPEC — where members are meant to be in it all together, sticking to output targets and making up for any shortfalls with deeper compensatory reductions — is starting to show some similarities to the old OPEC, which was marred by rampant cheating.

During the first four months of the deal OPEC+ struck in April implementing record output cuts, the 10 OPEC countries bound by the pact — plus 10 more from outside the group — pumped just 12.7 million barrels more than they agreed. That puts the overall compliance rate at just over 98%, an astonishingly high figure for a group with a reputation for missing its targets by a wide margin.

Saudi Arabia’s oil minister deserves the credit for that, but it’s not all down to his laying down the law with fellow OPEC members. The outstanding compliance rate has been achieved thanks to additional voluntary cuts made by the kingdom and its closest allies, Kuwait and the UAE, that totaled 1.18 million barrels a day in June. Without those, the group’s overproduction would have been a far more significant 48.1 million barrels, putting compliance at a less impressive 93%.

That’s still pretty good by historical comparison. Compliance with the output cuts introduced in January 2009, for example, never exceeded 70%, according to data compiled by the Centre for Global Energy Studies.

Having opened the meeting by publicly rebuking the group’s quota cheats, the Saudi minister closed with dire warnings to oil traders who might bet on crude prices falling. Potential short sellers should not bet against OPEC because the group would be “proactive and preemptive” to stop supply running ahead of demand. “I want the guys in the trading floors to be as jumpy as possible. I’m going to make sure whoever gambles on this market will be ouching like hell,” he said.

So why all the theatrics? The tough talk came off sounding almost like desperation. If all was well with the oil market, he wouldn’t need to threaten traders.

There are two schools of thought about the state of the oil market, encapsulated in the differing views from the world’s two biggest independent oil trading companies, Vitol Group and Trafigura Group.

In the view of Vitol Chief Executive Officer Russell Hardy, oil inventories that have been falling sharply will continue to decline over the rest of the year. About a quarter of the stockpile built up in the early summer has already been used up and another quarter will be drawn down by year-end, he said in an interview during the Asia Pacific Petroleum Conference (APPEC) last week.

Senior executives at Trafigura see the world rather differently. “I remain concerned about the oil market for the next three to six months,” CEO and Chairman Jeremy Weir said last week. He was echoing comments by the company’s co-head of oil trading, Ben Luckock, who told the APPEC gathering that he was in “no hurry to be involved in a recovery trade.”“We’re in a supply-heavy market,” he said, adding that he expects crude stockpiles to build for the rest of this year and Brent prices to “drift into the high $30s.”

After all, the outlook from the world’s three major oil forecasting agencies has taken a turn for the worse over the past month as the Covid-19 pandemic continues to take a toll on demand. The International Energy Agency, OPEC and the U.S. Energy Information Administration all now see oil stockpiles falling more slowly than they did back in August.

Can the Saudi oil minister convince traders that OPEC will keep the market in Vitol’s world? Oil prices jumped, but his protestations suggest he may fear we could find ourselves in the world sketched out by Trafigura soon enough.

Seen in that light, his fixation on securing compensatory cuts from OPEC+ members who’ve failed to meet their targets is understandable. But that compensation is getting pushed further and further into the future. Last week, it was recommended by the committee he co-chairs that the deadline for making up the shortfalls be extended by three months to the end of the year.

Unless he can get a grip on OPEC’s free riders, his new OPEC is going to look very much like the old OPEC, where Saudi Arabia bore the lion’s share of the burden of balancing the market. That may not be sustainable. 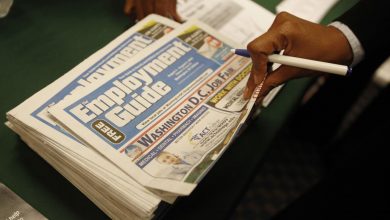 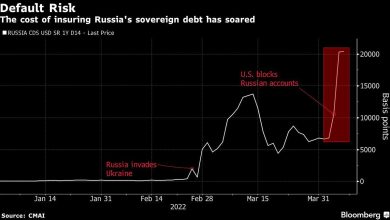 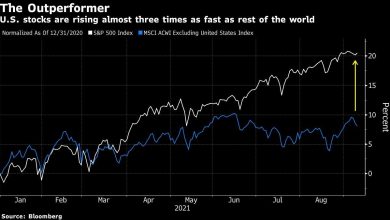 Mr. Greed & Fear Sees Both Playing Out in Gravity-Defying Rally