U.S. President Donald Trump waves prior to boarding Air Force One as he departs Washington for campaign travel to Minnesota at Joint Base Andrews, Maryland, September 18, 2020.

President Donald Trump on Saturday said he wants to move “without delay” to replace Supreme Court Justice Ruth Bader Ginsburg with a conservative nominee, setting up an epic battle over the balance of power on the nation’s highest judicial body and the shape of American law for a generation to come as the country enters the final phase of the 2020 presidential campaign.

Trump, in a social media post, wrote that Republicans “were put in this position of power and importance to make decisions for the people who so proudly elected us, the most important of which has long been considered to be the selection of United States Supreme Court Justices. We have this obligation, without delay!”

Trump is expected to quickly name a conservative replacement. Only an hour after the Supreme Court announced Ginsburg’s death, Senate Majority Leader Mitch McConnell on Friday pledged he will hold a vote on Trump’s eventual nominee to fill the vacancy. McConnell said last year he would seek to confirm a Trump nominee if a vacancy opened, despite vowing during President Barack Obama’s presidency to refuse any appointments during an election year.

Ginsburg’s death has set up a contentious political battle that could define the makeup of the nation’s highest judicial body for a generation to come, providing Trump an opportunity to place a third member on the Court just weeks before the November election.

The Supreme Court had a 5-4 majority of Republican appointed justices, and a 6-3 GOP majority could transform the shape of the law and maintain a conservative majority for years.

Supreme Court Justice Ruth Bader Ginsburg, celebrating her 20th anniversary on the bench, is photographed in the West conference room at the U.S. Supreme Court in Washington, D.C., on Friday, August 30, 2013.

The now vacant seat on the court also raises the stakes in an already chaotic presidential campaign between Trump and former Vice President Joseph Biden, which has been defined by the worst public health crisis in a century, the deepest economic recession since the Great Depression and widespread social unrest over racial inequality and policing in America.

Ginsburg, a feminist icon who championed women’s rights, was appointed to the Supreme Court in 1993 and vowed to remain as long as her health allowed. Ginsburg told her granddaughter before she died that her “most fervent wish is that I will not be replaced until a new president is installed.”

Trump has touted his previous nominees, Justices Neil Gorsuch and Brett Kavanaugh, as major accomplishments of his first term as president. The president last week issued a new list of 20 potential Supreme Court picks, a strategy he employed during his 2016 campaign.

Conservative Judge Amy Coney Barrett of the U.S. Court of Appeals for the Seventh Circuit in Chicago has emerged as a front-runner to fill the seat, three sources told NBC News. Barrett was under consideration in 2018 before Trump nominated Brett Kavanaugh.

The timing of a floor vote to pick a nominee is unclear. It takes on average roughly 70 days from the date of nomination to a confirmation vote, according to the Congressional Research Service. Senate Republicans hold a 53-seat majority, so the party can only have three defections, assuming that all Senate Democrats vote against Trump’s eventual nominee.

Biden, who has served as chairman of the Senate Judiciary Committee, said on Friday night that the vacancy should not be filled until after the November election and noted that Senate Republicans didn’t consider the nomination of Judge Merrick Garland during the Obama presidency.

“There is no doubt — let me be clear — that the voters should pick the president and the president should pick the justice for the Senate to consider,” Biden told reporters in Wilmington, Delaware. “This was the position the Republican Senate took in 2016 when there were almost 10 months to go before the election. That’s the position the United States Senate must take today.”

Senator Dianne Feinstein of California, the top Democrat on the Judiciary Committee, said that “under no circumstances” should the Senate fill the vacancy until after the presidential inauguration. Senate Minority Leader Chuck Schumer also said that voters should have a say in selecting the next Supreme Court justice and the vacancy shouldn’t be filled until there’s a new president.

“Senator McConnell made his position clear in 2016 when he held Justice Scalia’s seat vacant for 10 months so he could deny President Obama an appointment – a goal he himself admitted,” Feinstein said in a statement. “To jam through a lifetime appointment to the country’s highest court – particularly to replace an icon like Justice Ginsburg – would be the height of hypocrisy.”

Schumer laid out the stakes to Senate Democrats on a conference call Saturday, suggesting the party could take controversial moves to end the filibuster and pack the court if Trump’s nominee is seated and they sweep the election.

“Everything Americans value is at stake. Health care, protections for pre-existing conditions, women’s rights, gay rights, workers’ rights, labor rights, voting rights, civil rights, climate change and so much else is at risk,” Schumer said, according to a source on the call.

McConnell urged Senate Republicans on Friday night to “be cautious and keep your powder dry,” according to the letter obtained by NBC News.

“Over the coming days, we are all going to come under tremendous pressure from the press to announce how we will handle the coming nomination. For those of you who are unsure how to answer, or for those inclined to oppose giving a nominee a vote, I urge you all to keep your powder dry,” McConnell wrote. “This is not the time to prematurely lock yourselves into a position you may later regret.”

Attention is now directed at some of the more moderate Senate Republicans who could potentially oppose a nomination. Members who could possibly defect include Sens. Lisa Murkowski of Alaska, Susan Collins of Maine and Mitt Romney of Utah. Collins said this month that she would oppose voting on a new justice in October.

People are also eyeing a key special Senate race in Arizona between Democrat Mark Kelly and Republican Senator Martha McSally, since Kelly could potentially be sworn into office early enough to vote on the nominee, thus narrowing the GOP’s current 53-to-47 majority. A recent poll by Monmouth University showed Kelly with a lead of 50-46% among likely voters and a New York Times/Sienna College poll showed Kelly leading 50-42%. 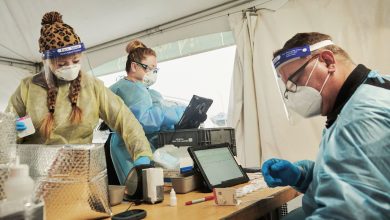 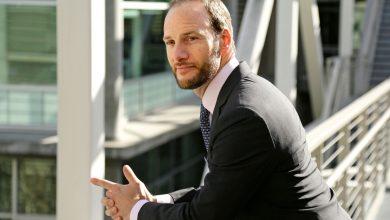 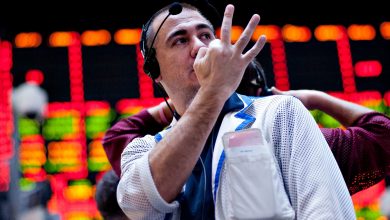 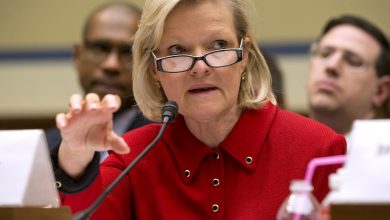