Will an authorized coronavirus vaccine in the U.S. be safe? It’s a question that more people appear to be contemplating as the nation races to develop, manufacture and distribute a Covid-19 vaccine in historic time as part of the federal government’s Operation Warp Speed.

“People are always saying, ‘How do I know it’s safe? How do I know it’s effective? There’s a lot of confusion because there are mixed messages that are coming,” Dr. Anthony Fauci, the director of National Institute of Allergy and Infectious Diseases, told New Jersey Gov. Phil Murphy during a Facebook Live conversation Thursday.

This week, the country’s top health officials have repeatedly said that any potential vaccine would have to endure rigorous clinical trials to receive the federal government’s authorization amid concerns about a politicized approval process.

With every vaccine trial, there’s an independent group of scientists, vaccinologists, ethicists and statisticians — known as a data and safety monitoring board — that has exclusive access to the data from a vaccine’s clinical trial, Fauci said. The DSMB is responsible for alerting the pharmaceutical company when its vaccine proves to be safe and effective or if trial participants report adverse reactions, he said.

If a vaccine proves safe and effective, the company can then seek approval from the U.S. Food and Drug Administration and the data will eventually become publicly available, Fauci said.

“We already know that a certain percentage of the population we still need to convince to get vaccinated,” Fauci said. “When a vaccine comes, we look at it as an important tool to supplement the public health measures that we do. It allows us to more quickly and with less stringency get back to some degree of normal.”

FDA Commissioner Stephen Hahn has previously said that the agency would grant an emergency use authorization for a coronavirus vaccine, which is short of the agency’s full approval process, before late-stage clinical trials are completed if the benefit outweighs the risks.

“In the end, FDA will not authorize or approve a vaccine that we would not feel comfortable giving to our families,” Hahn told lawmakers during a Senate hearing on the coronavirus Wednesday. Fauci, Dr. Robert Redfield, director of the Centers for Disease Control and Prevention; and Adm. Brett Giroir, an assistant secretary for health at the Department of Health and Human Services, joined Hahn and told lawmakers they would take an FDA-approved coronavirus vaccine once it’s available.

There are four vaccine candidates from Moderna, Pfizer, AstraZeneca and Johnson & Johnson that are now in late-stage human trials. On Wednesday, HHS Secretary Alex Azar told CNBC that the FDA commissioner, President Donald Trump and the heads of each company have “made it clear” that a vaccine’s approval is “going to be by the book based on science, data and the law.”

The FDA is expected to add additional standards for a vaccine to receive emergency use authorization in an effort to boost transparency and public trust, the Washington Post reported on Tuesday. Trump, however, said during a White House press briefing Wednesday evening that he “may or may not approve” of the more stringent FDA measures, which would make it unlikely a vaccine would come before the Nov. 3 election day, and said it “sounds like a political move.”

The president has insisted that the U.S. could have a vaccine approved by October with enough doses for all Americans by April, contradicting his own health officials who say that the trial results will likely come later than October and the first doses wouldn’t be available until late this year.

Trump’s push for an approved vaccine comes as most voters say they’re worried the president is pushing to release a coronavirus vaccination too quickly in order to boost his chances of reelection, according to new CNBC/Change Research polls. Only 42% of likely voters said they will definitely or probably receive the inoculation when it first becomes available, a number that has fallen in recent months.

“The first question: Is the vaccine safe? Frankly, I’m not going to trust the federal government’s opinion, and I wouldn’t recommend to New Yorkers based on the federal government’s opinion,” Democratic Gov. Andrew Cuomo, who has frequently criticized the president for politicizing the pandemic, said during a press briefing Thursday. Cuomo said the state would set up its own panel to approve a Covid-19 vaccine.

“The people of this country don’t trust this federal government with this vaccine process,” Cuomo said during a press briefing. 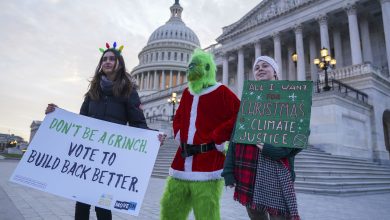 Some Americans may receive more stimulus money this tax season 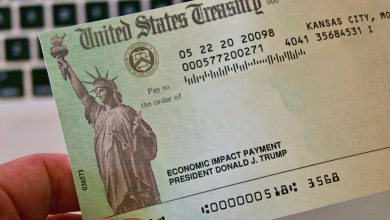 Trump signs off on $600 stimulus checks. But a vote on $2,000 direct payments is still happening 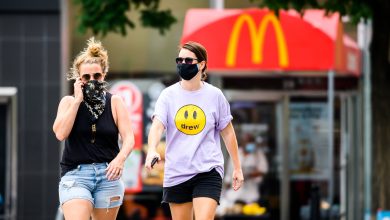