Stocks alternated between gains and losses on Thursday as traders weighed the latest batch of economic data and tech tried to recover from its recent losses.

Stocks briefly got a boost after the release of strong new housing data. The Census Bureau reported that new home sales in the U.S. totaled just over 1 million in August.

The sluggish labor-market data rattled investors as the U.S. government could see a fiscal cliff by the end of the month.

“Claims, arguable the most important high frequency data point currently, missed expectations and moved up week-over-week,” Evercore ISI strategist Dennis DeBusschere, said in a note Thursday. “With the Fed diminishing its own credibility by continually emphasizing the ineffectiveness of monetary policy and begging for fiscal support, weaker data will have a big impact on risk assets. Especially if the fiscal cliff starts to bite, which some indicators suggests might be starting.”

Wall Street is also grappling with a lack of new fiscal stimulus, which several economists and the Federal Reserve argue is needed for the economic recovery to continue.

This lack of a stimulus bill led Goldman Sachs to slash its fourth-quarter GDP forecast to 3% from 6% on an annualized basis.

“We think it is now clear that Congress will not attach additional fiscal stimulus to the continuing resolution,” Jan Hatzius, chief economist at Goldman Sachs, wrote in a note. “This implies that after a final round of extra unemployment benefits that is currently being disbursed, any further fiscal support will likely have to wait until 2021.”

Comments from President Donald Trump that he would not commit to a peaceful transfer of power should he lose the election appeared to hit sentiment, raising concern about a drawn-out election result.

Traders have had a tough month in September, with the major market benchmarks falling sharply as tech shares lose steam.

So far in September the S&P 500 has declined 7.5%, while the Dow has shed 5.8%. The Nasdaq Composite has been the relative outperformer, registering a loss of 9.7% as investors rotate out of Big Tech. Facebook, Amazon, Apple, Netflix, Alphabet and Microsoft are all down at least 11% in September.

“Psychology around [tech] shifted and it’s no longer the stalwart source of support it once was. Meanwhile, investors still aren’t comfortable enough with the cyclical/value stocks to even begin to offset the ongoing tech weakness,” wrote Adam Crisafulli of Vital Knowledge. 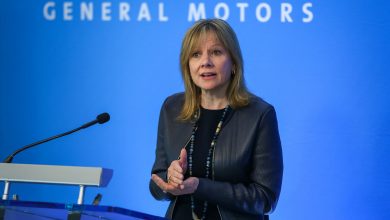 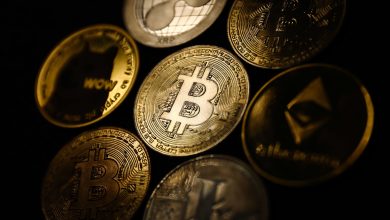 Ukraine accepts dogecoin, other cryptocurrencies for donations as funding rises to $35 million 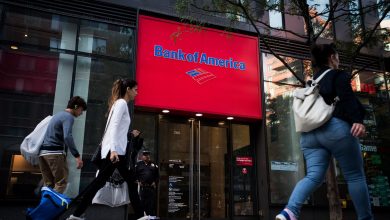 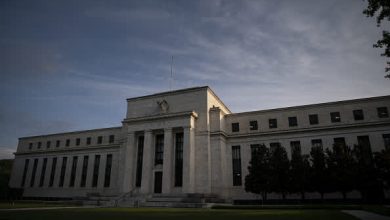