The S&P 500 rose slightly on Tuesday, recovering some of the steep losses from the previous session as shares of Big Tech advanced.

The broad-market index traded 0.5% higher and was on pace to post its first gain in five sessions. The Nasdaq Composite advanced 0.9%. The Dow Jones Industrial Average rose 38 points, or 0.2%, as Goldman Sachs and JPMorgan Chase each fell more than 1%.

Amazon shares rose 4.4% after a Bernstein analyst upgraded the e-commerce giant to buy from hold, noting the recent pullback offers an attractive “entry point” for investors. Facebook, Apple and Microsoft were also higher.

Traders also digested remarks by Federal Reserve Chairman Jerome Powell, who reiterated the central bank will support the economy “for as long as it takes.”

Sentiment was kept in check, however, after U.K. Prime Minister Boris Johnson announced further restrictions to curb the spread of the virus. He noted the country was at a “perilous turning point” and ordered bars and restaurants to close between 10 p.m. and 5 a.m. The restrictions also expand the list of places requiring people wear a mask.

“Coronavirus concerns have resurfaced, worrying investors that a reversal in reopening progress could be near,” Lindsey Bell, chief investment strategist for Ally Invest, said in a note. “More and more uncertainty is arising as we get closer to the election but no closer to Congressional fiscal relief. But we’re still optimistic this dip will be bought sooner rather than later.”

The market’s September sell-off intensified on Monday with the Dow suffering its worst day since Sept. 8. The S&P 500 also posted its first four-day losing streak since February.

Those losses were sparked in part by the prospects of further U.S. coronavirus fiscal stimulus becoming bleaker as lawmakers brace for a potentially bitter Supreme Court confirmation fight as President Donald Trump rushes to nominate a successor to Justice Ruth Bader Ginsburg, who died on Friday.

The major averages are on pace for steep losses for September, a typically weak month for stocks. All three major averages had just suffered three straight weeks of losses. The Dow and the S&P 500 have fallen 4.8% and 6.2% this month, respectively, while the Nasdaq has dropped 8.2% as investors dumped high-flying tech giants.

“Market volatility is returning after months of steady advances in risk assets, and we see elevated volatility ahead of the November U.S. election,” Jean Boivin, head of BlackRock Investment Institute, said in a note. “In addition, negotiations of a new U.S. fiscal package are dragging on, the pandemic is still spreading in many countries, and U.S. China tensions are running high.”

Shares of Tesla dropped 5.8% after CEO Elon Musk said in a tweet that the electric carmaker’s “Battery Day” event would not reach “serious high-volume production” until 2022, which disappointed investors and analysts. 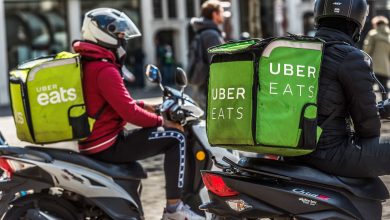 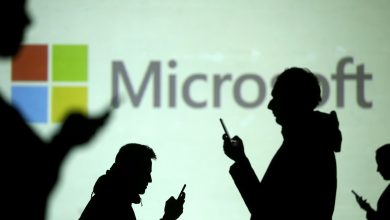 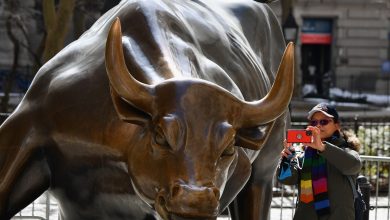 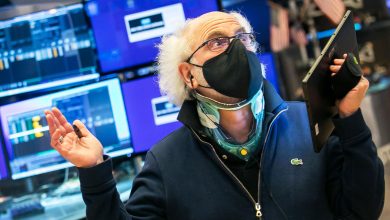