The Nasdaq 100 sank as much as 2.8% on Thursday, dragged down by a slump in the megacap technology stocks that have powered this year’s rebound. The slide came after Fed policy makers pledged to keep interest rates low until inflation averages over 2%, while failing to give any fresh details on the central bank’s bond-buying plans.

The lack of commitment on quantitative easing sent a shudder through tech stocks, which have benefited massively from rock-bottom rates in addition to the pandemic’s stay-at-home trade. Near-zero borrowing costs have helped to justify the industry’s lofty valuations, with the Nasdaq 100’s price-earnings ratio exceeding 40 before the latest selloff — the highest since 2004. That’s pushed the Nasdaq 100 up by about 58% from its March lows, but the prospect of a sharp selloff in long-dated Treasuries is cooling that rally.

“Yesterday’s meeting was not entirely supportive of risk though, as guidance on QE was weak,” Dennis DeBusschere, a strategist at Evercore ISI, wrote in a note Thursday. “Investors were expecting a policy package that forcefully anchored the entire yield curve, but got one designed to steepen the curve.”

The selloff extended the Nasdaq 100’s September losses, with the gauge headed toward its first monthly decline since March. Yields on 10-year Treasuries were about one basis point lower, as traders stepped in to buy the dip following Wednesday’s bond rout.

“Although the current rally in technology stocks is often compared to the dot-com era, there is one striking difference,” Jim Paulsen, chief investment strategist at Leuthold Group, wrote in a note Thursday. “Today, the continued outperformance of technology stocks is being chronically bolstered by yields.”

That calculus could be upended should the Fed succeed in juicing price pressures, which have consistently failed to meet the central bank’s 2% target. The Fed unveiled a new long-term policy framework last month that would allow inflation to overshoot, in an effort to make up for past disappointments. Policy makers signaled this week that they’d keep rates near zero for the next three years to meet that target.

A spike in inflation and longer-dated yields could prove poisonous to tech. The sector is generally considered to be duration-sensitive, given that the rapidly-expanding companies populating it tend to borrow cash to fuel that growth and their high profit projections are expected over long periods of time.

But a sustained lurch higher in Treasury yields could divert investors’ cash toward more valued-oriented companies, according to J.P. Morgan Asset Management.

“The 10-year Treasury drives a lot of things, a lot of this does come down to somewhat of a duration trade in tech,” said Phil Camporeale, managing director of multi-asset solutions at the firm. “If you could have an environment where Treasury rates move higher, that’s really the only environment that we see a sustainable rotation out of growth into value.” 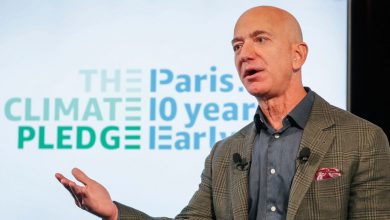 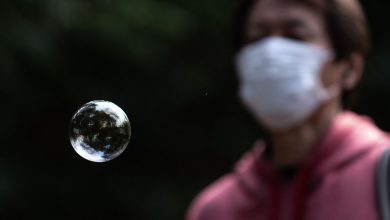 What’s next after stock-market bubbles and Archegos chaos mark trading in 1st quarter ? 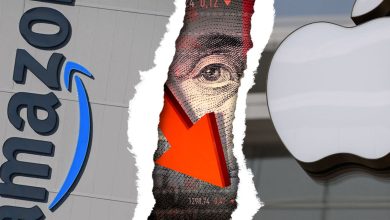 Holiday earnings forecasts have been lumps of coal so far, and here come the biggest ones