On January 20, 1981, Republican President Ronald Reagan started his first inaugural address with words that take on greater meaning after the past week, during which Republican President Donald Trump cast doubt twice on whether he would accept an outcome that went against him in an election that is now less than forty days off.

“To a few of us here today this is a solemn and most momentous occasion, and yet in the history of our nation it is a commonplace occurrence,” said Reagan of the passing of the torch from President Carter to himself, even as 52 Americans being held hostage in Iran were being released. “The orderly transfer of authority as called for in the Constitution routinely takes place, as it has for almost two centuries, and few of us stop to think how unique we really are. In the eyes of many in the world, this every-4-year ceremony we accept as normal is nothing less than a miracle.”

It’s worth reflecting on Reagan’s words, given President Trump’s conviction that mail-in ballots could be widely fraudulent and thus color whether he should accept the electoral outcome. Fox News Sunday anchor Chris Wallace is likely to provide President Trump another shot at this question in the first presidential debate on Tuesday.

I retain my fundamental optimism in the power and remarkable resilience of US democratic institutions, which have survived wars, impeachments and assassinations. I badly also want to agree with the lead Wall Street Journal editorial Thursday that argued “the notion that Mr. Trump could stop a peaceful transition of power is preposterous.”

After all, Republican Senate and House leaders have repudiated Trump’s remarks, military leaders have said it won’t be their soldiers’ job to adjudicate elections, and if Congress hasn’t certified a winner by the time Trump’s term ends on Jan. 20, Speaker of the House Nancy Pelosi will step in as president.

So, we should all stop worrying, right? Perhaps not.

It’s worth reading more deeply into The Wall Street Journal’s reasoning that “the media and intelligentsia have worked themselves into a frenzy over imaginary fears that Mr. Trump will somehow remain in office by force if he loses the 2020 election.”

Argues the lead editorial: “The rule of law is vital to free and fair elections, and Mr. Trump is right not to foreswear his legal options. Yet his reckless comments give credence to Democratic hysteria, and he should clarify his views if he doesn’t want to lose more voters who think he lacks the temperament or self-control for the office.”

Tuesday would be a good time for him to start.

Both candidates, Trump and Biden, should foreswear declaring themselves as the victor until all the votes are counted and the process itself has produced an outcome. In advance, both should appeal to their supporters to remain calm in the hours and perhaps days after Nov. 3. They shouldn’t take the electoral contest into the streets – and they should foreswear violence in the strongest terms.

One can hardly imagine a more important year for the American democratic process to run smoothly, with China leading an authoritarian swing as its economy emerges first from Covid-19’s economic and social hit. The unfolding contest of democratic and autocratic systems will be generational, but it will be a harder one to win if the United States is divided, distracted and unable to build on the inspiration it has provided democratic change since its revolution.

My non-American friends have long argued – and they are only half-joking – that they should be granted the right to vote in our elections because our choice touches everyone in the world.

This year their messages have been more laden with doubts about the durability of our democracy, which stood nearly alone at the end of the 18th century.

“In 1787 you created a wonderful constitution out of the ideas of the European enlightenment, with checks and balances, protection of minorities and inalienable rights,” wrote Friedbert Pflüger, a close friend and former Christian Democratic Union member of the German Bundestag, in an email just a few days ago. “These convictions are the manifest destiny of the USA, and it is above all on them that its attractiveness and strength in the world is based.”

“We watch in astonishment as your president breaks taboos one by one,” wrote Friedbert. “Will Trump accept an electoral defeat, especially a narrow one? Are we heading for a coup d’état and civil war? Is there a threat of a nationalistic autocratism in the center of the Western world?”

Such doubts are unsettling US allies, they are encouraging autocratic adversaries, and they are even beginning to unsettle capital markets that have taken for granted that the world’s reserve currency is backed up by the world’s most stable democracy that represents common values.

Speaking at the Atlantic Council this week, House Democratic Majority Whip Jim Clyburn, himself a survivor and product of U.S. civil rights upheavals, recalled that 19th Century historian Alexis de Tocqueville said that what made the United States great was not that it is “more enlightened than any other nation, but rather because we’ve always been able to repair our faults.”

What’s at stake, he said, is whether the United States once again can successfully engage in repair work and thus arrest an ongoing recession in democratic rights and countries globally since 2006.

Whoever wins the November elections should recall that his role is to continue the work that produced the American miracle and all its global good. “I also see problems here in Germany and Europe,” wrote  Friedbert. “We certainly have no reason for self-righteousness. But we need a well-meaning USA as a trustee and defender of the West.”

In his inaugural, Reagan turned to President Carter and said, “Mr. President, I want our fellow citizens to know how much you did to carry on this tradition. By your gracious cooperation to the transition process, you have shown a watching world that we are a united people pledged to maintaining a political system which guarantees individual liberty to a greater degree than any other, and I thank you and your people for all your help in maintaining the continuity which is the bulwark of our Republic.”

Frederick Kempe is a best-selling author, prize-winning journalist and president & CEO of the Atlantic Council, one of the United States’ most influential think tanks on global affairs. He worked at The Wall Street Journal for more than 25 years as a foreign correspondent, assistant managing editor and as the longest-serving editor of the paper’s European edition. His latest book – “Berlin 1961: Kennedy, Khrushchev, and the Most Dangerous Place on Earth” – was a New York Times best-seller and has been published in more than a dozen languages. Follow him on Twitter @FredKempe and subscribe here to Inflection Points, his look each Saturday at the past week’s top stories and trends. 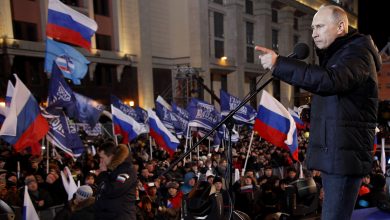 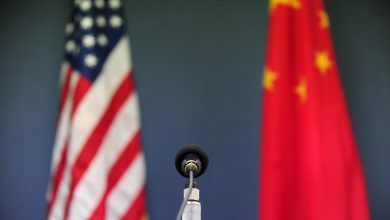 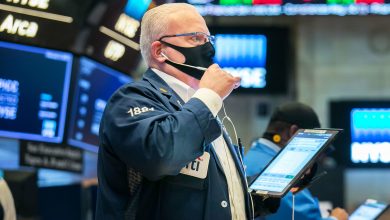