(Bloomberg Opinion) — Ask enough gamers about their favorite console and this is what you’ll generally learn: Those who play Xbox tend to love it and stay loyal to that system, but PlayStation has the best games. Microsoft Corp., Xbox’s parent company, is betting $7.5 billion that it can change that perception.

Microsoft agreed on Monday to acquire ZeniMax Media Inc., the owner of popular video-game publisher Bethesda Softworks, for $7.5 billion in cash. The deal has PlayStation fans worried that their favorite franchises — namely The Elder Scrolls, Fallout and Doom — could become Xbox exclusive. But the transaction is happy news for Xbox players, after what marked a somewhat disappointing lineup of titles ahead of the launch of its new devices: the Xbox Series X ($499) and Series S ($299).

The new systems are getting released in November in tandem with Sony Corp.’s highly anticipated PlayStation 5 console (priced at $500, though it will have a $400 digital edition without a disc drive). While Xbox has the appeal of a cheaper offering, its key launch title, Halo Infinite, had to be delayed to next year. As my Opinion colleague Tae Kim wrote at the time, “The company seems to have forgotten the most important video-game industry lesson: It’s all about the games.” Microsoft’s response appears to be: “You want games? You’ve got games.”

As far as Deathloop and Ghostwire: Tokyo, two titles that Bethesda was set to debut exclusively on the PlayStation 5, Bloomberg News reports that Xbox plans to honor that commitment. However, Phil Spencer, Microsoft’s head of gaming, said future titles will be available to “other consoles on a case-by-case basis.” That may help drive Xbox device sales and subscriptions to its Game Pass service at a time when in-home streaming entertainment is surging, in part due to the Covid-19 pandemic.(1)

Acquiring ZeniMax is a chance for Microsoft to keep growing its cachet with consumers, who still primarily think of the company for its Windows software — the clunkier, less-sleek rival to Apple Inc.’s operating system. Making a bigger push in gaming is also a more natural fit for Microsoft than, say, buying a viral social-video platform — remember, Microsoft was part of the motley crew of bidders for TikTok. Microsoft generates almost $1 billion of free cash flow each week, meaning it may take just two months to pay for the ZeniMax purchase, according to Robert Schiffman, senior credit analyst for Bloomberg Intelligence.

Is this deal enough for Xbox to win over PlayStation devotees? Not in my house. But it’s a smart move and certainly puts Microsoft on better footing to compete with Sony.

(1) Incidentally, if you’re wondering where Nintendo Co. fits into all of this, its systems and collection of two-player-or-more games appeal more to casual users. (The Nintendo Switch that came out in 2017 targeted both types of customers quite successfully, but it’s still more of a complement to PlayStation or Xbox than a substitute.) The console wars remain between PlayStation and Xbox.

Tara Lachapelle is a Bloomberg Opinion columnist covering the business of entertainment and telecommunications, as well as broader deals. She previously wrote an M&A column for Bloomberg News. 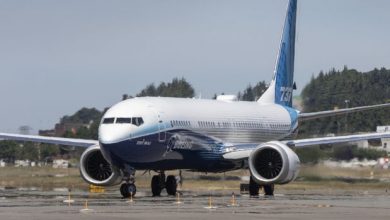 Boeing Stock Is Jumping After a Surprise Profit. Here’s What’s Behind Its ‘Shocking Beat. ‘ 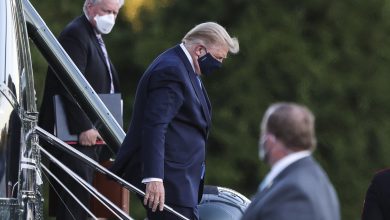 Why Newmont Corp (NEM) Stock is a Compelling Investment Case 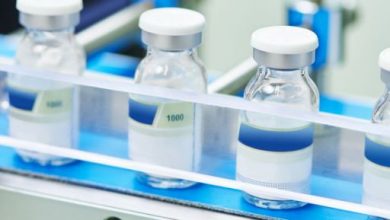 How Many Merck & Co., Inc. (NYSE:MRK) Shares Do Institutions Own?