Ruth Bader Ginsburg’s dedication to the law was perhaps best illustrated by the fact that she always kept a “pocket Constitution” in her handbag. Ginsburg died Friday, at the age of 87.

Her notable rulings as a Supreme Court justice included:

Some of her most memorable opinions were dissents. Among them:

Gonzales v. Carhart, in which the court in 2007 upheld Congress’ Partial-Birth Abortion Ban Act of 2003. Opponents of the ban contended that the procedure, also known as “intact dilation and extraction,” was the safest way to avoid damaging a woman’s uterus when ending a late-term pregnancy. It was the first time the court had banned a specific abortion method and the first time it did not include an exception for the woman’s health, according to The Washington Post.

Writing for the majority in the 5-4 decision, Justice Anthony Kennedy said Congress may regulate an area where doctors have not reached a consensus about the necessity of the procedure in protecting the woman’s health. “Respondents have not demonstrated that the Act, as a facial matter, is void for vagueness, or that it imposes an undue burden on a woman’s right to abortion based on its overbreadth or lack of a health exception,” he wrote.

In her dissent, Ginsburg wrote that the majority ruling “tolerates, indeed applauds, federal intervention to ban nationwide a procedure found necessary and proper in certain cases by the American College of Obstetricians and Gynecologists.”

“In candor, the Act, and the Court’s defense of it, cannot be understood as anything other than an effort to chip away at a right declared again and again by this Court — and with increasing comprehension of its centrality to women’s lives.”

She added: “The court deprives women of the right to make an autonomous choice, even at the expense of their safety. This way of thinking reflects ancient notions about women’s place in the family and under the Constitution — ideas that have long since been discredited.”

She also was among the four-justice minority in the 2007 Ledbetter v. Goodyear Tire & Rubber Co., and she took the rare step of reading her dissent from the bench. The majority ruled against Lilly Ledbetter in her claim of unequal pay because of her sex. As an area manager, Ledbetter was paid $3,727 per month compared with $4,286 for the lowest paid male counterpart.

The majority on the court did not rule on the merits of Ledbetter’s claim made under Title VII of the 1964 Civil Rights Act. The five justices rejected it on grounds that it was filed too long from the time the original decision was made about her pay.

Citing the often secret nature of salary levels, Ginsburg said: “In our view, the court does not comprehend, or is indifferent to, the insidious way in which women can be victims of pay discrimination.”

“The ball is in Congress’ court … to correct this Court’s parsimonious reading of Title VII,” she wrote.

Two years later, Congress took such action, passing the Lilly Ledbetter Fair Pay Act, which said each discriminatory paycheck resets the 180-day limit to file a claim. It was the first law signed by President Barack Obama. Ginsburg kept a framed copy of the 2009 law on a wall in her chambers.

In the 2014 Burwell v. Hobby Lobby Stores case, the court for the first time recognized a for-profit corporation’s claim of religious belief. The store chain, owned by the Evangelical Green family, challenged an Affordable Care Act mandate that employers cover the cost of certain contraceptives for their female employees. In a 5-4 ruling, the high court ruled that the mandate violated the Religious Freedom Restoration Act.

In her dissent, Ginsburg said: “Until this litigation, no decision of this Court recognized a for-profit corporation’s qualification for a religious exemption from a generally applicable law, whether under the Free Exercise Clause or RFRA. The absence of such precedent is just what one would expect, for the exercise of religion is characteristic of natural persons, not artificial legal entities. … Approving some religious claims while deeming others unworthy of accommodation could be ‘perceived as favoring one religion over another,’ the very ‘risk the Establishment Clause was designed to preclude.’ The Court, I fear, has ventured into a minefield.”

In another minefield, the outcome of the 2000 presidential election between Republican George W. Bush and Democrat Al Gore was thrust into the court’s domain following the chaotic results in Florida. By one vote, 5-4, the Supreme Court abruptly stopped a vote recount ordered by the Florida Supreme Court.

In her dissent, Ginsburg criticized the majority’s willingness to interpret Florida law.

”The extraordinary setting of this case has obscured the ordinary principle that dictates its proper resolution: federal courts defer to state high courts’ interpretations of their state’s own law. This principle reflects the core of federalism, on which all agree,” she wrote. ”Were the other members of this court as mindful as they generally are of our system of dual sovereignty, they would affirm the judgment of the Florida Supreme Court.”

The other dissenters, Justices John Paul Stevens, David Souter and Stephen Breyer, said they had voted against the majority ”respectfully,” but Ginsburg singed off by saying only: ”I dissent.” 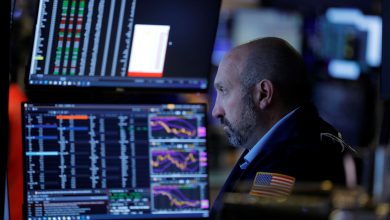 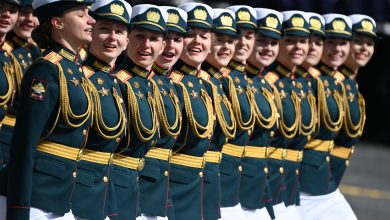 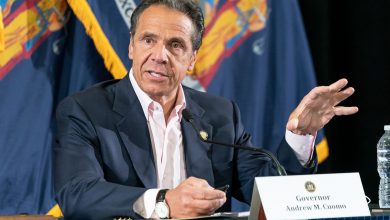 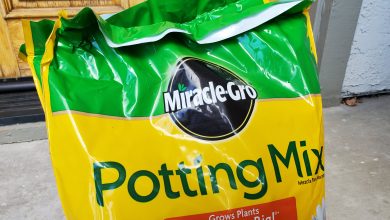