CNBC’s Jim Cramer on Wednesday touted the product and potential of GoodRx, but advised investors to wait a little bit before taking out a significant position in the newly public stock.

The digital health company, which offers prescription drug coupons to customers, closed Wednesday’s session at $50.50 per share for a gain of 53%. The stock opened at $46 per share after the company priced its initial public offering at $33 per share.

“GoodRx is a great story. It’s got fabulous financials, so, of course, yeah the deal was red-hot,” Cramer said on “Mad Money.” “I think you can actually nibble at GoodRx tomorrow if we have a pullback,” he added. “I actually would like it to come back to the thirties, ideally, down more than $10 from here, and that’s not unrealistic when you see how horrible the market is.”

Cramer said the company, which was founded in 2011 and ranked No. 20 on CNBC’s Disruptor 50 list this year, has a lot of positives on top of its commendable mission of trying to find people lower prices on prescription drugs. He noted that lowering the cost is even an area of consensus between President Donald Trump and Democratic nominee Joe Biden.

“But Republicans hate interfering with the free market and Democrats are afraid to govern, so if you want relief from sky-high drug prices, the only help you’re going to get is from GoodRx and other companies like it,” he said, calling the company the “unrivaled leader” in the space.

It has roughly 5 million monthly average users, he said, while reminding viewers that he personally is a customer of GoodRx, which makes money from the pharmacy benefits managers it works with. Cramer said, “The company estimates that they’ve saved people $20 billion so far, … and they’ve only just gotten started. They saved me $50,000 last year.”

GoodRx also has a telehealth component, thanks to its acquisition HeyDoctor, Cramer said, and that bodes well after the coronavirus pandemic led to waves of people turning to digital health services.

GoodRx signage on the outside of the Nasdaq on the day of its IPO, September 23, 2020.

But its consumer-friendly goal aside, Cramer said the best thing GoodRx has going for it is its financials. It posted revenue growth of 48% in the first six months of 2020 compared to the same period a year ago, rising to $257 million in sales from $173 million.

Although the revenue growth isn’t as eye-popping as the triple-digit increases from Snowflake, another hot IPO this year, Cramer said GoodRx has a financial characteristic the cloud company “won’t have for years”: profitability.

Ultimately, Cramer said, the biggest downside for GoodRx is the price of its stock. At its current valuation of about $19 billion, it sells for roughly 30 times sales, he said, which is a little more than telehealth provider Amwell, another newly public company with faster revenue growth.

“GoodRx is profitable, which changes the game. The problem, though, is that the earnings are still small,” Cramer said. “If we assume the company can keep growing rapidly, you could argue it’s trading at 60 times what it could potentially make in 2022, but it’s still pretty pricey.”

But even so, Cramer said he believes the valuation concerns can be looked past — as long as investors take a small position for now. He contended the company offers an “incredible” value proposition, and “I’m betting they can keep delivering spectacular earnings numbers.”

Another bullish sign? Silver Lake, the largest venture capital investor in GoodRx, opted to buy $100 million of stock at the IPO price. ” Usually these guys want to cash out when a company goes public, but this time they upped their position,” he said.

All things considered, Cramer said, “I’m willing to pay up for this one.” 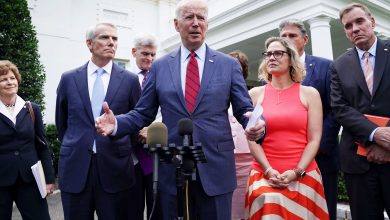 ‘We have a deal,’ Biden says after meeting with Senate infrastructure group 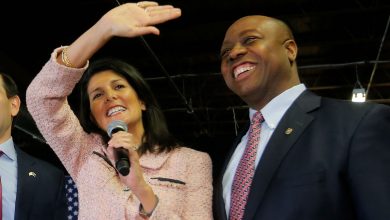 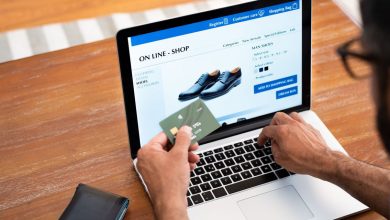 In a worrisome sign for e-commerce, Kornit Digital slashes forecast and stock plunges 20% 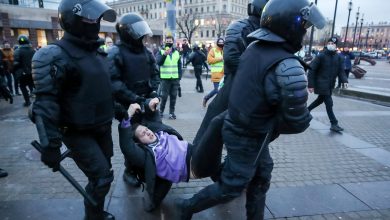 More than 1,000 arrested at pro-Navalny protests in Russia as demonstrators defy ban