Musk’s teasers don’t always pan out. But the idea of a million-dollar battery offers real promise.

“[I]t would eliminate one of the big negatives associated with electric vehicles,” said Donald Sadoway, a materials chemist and battery expert at the Massachusetts Institute of Technology: the car owner’s fear that the battery will die and require costly replacement.

What is a million-mile battery?

A million-mile battery does not mean you can drive a million miles between recharges. It means a battery that will last for 1 million miles or more before it can’t hold a charge strong enough to power an electric car anymore. Regular recharges every few hundred miles would still be needed to keep a car or truck fueled.

Today’s batteries face limits on the number of times they can be recharged. Right now, most car batteries are rated to handle about 1,000 full charges total. Manufacturer warranties on car batteries top out at about eight years and 150,000 miles — which is proving conservative, as car batteries in general are outlasting their warranties. A battery that lasts 1 million miles could handle 4,000 full recharges or more.

So what makes it a big deal?

No car is likely to last 1 million miles. It would fall apart long before that. But it’s possible to design cars so batteries can be swapped in and out. Individual car owners, theoretically, could keep their batteries and install them into new car bodies. A long-lasting battery could increase a car’s resale value.

Perhaps more important, swappable batteries could power long-haul trucks, city buses and driverless robotaxis, all of which log many miles a day, every day. The same batteries could also pump energy into the electric grid when the vehicle’s not being used, with less worry about battery life degradation.

For those applications, “this would totally change the game,” said Shirley Meng, professor of nano-engineering and materials at UC San Diego.

Do any million-mile batteries exist?

No battery maker beyond CATL has made a million-mile claim. If Musk announces he’s ready to produce one, it would raise eyebrows throughout the industry.

If Tesla has an edge, what is it?

The three-year project showed that by using specific combinations of cathode and electrolyte materials, charge-recharge limits could be pushed from about 1,000 cycles up to 4,000 cycles, a major step toward longer-lasting car batteries.

A big question for Musk on Battery Day is whether his manufacturing plans are getting ahead of the science. Some leading battery experts express scientific skepticism. It’s one thing to show results in a lab, quite another to develop manufacturing lines and turn out large volumes at a profit.

“Dahn is very famous, he’s very good, he’s committed to his work,” said Vince Battaglia, who heads the Battery Storage Group at the Lawrence Berkeley National Laboratory. “This is interesting. Who knew you could do so many cycles?”

Yet he calls some of the methods and findings “different from my own.”

Battaglia noted the batteries Dahn’s lab tested were far smaller than the cells that would be used in electric vehicles. “I don’t know what’s going to happen when you make those bigger cells and the temperature gets a little hotter inside. You’ll maybe get back to an eight-to-10-year life,” Battaglia said. Dahn said he stands by the research.

What about the cost?

“The battery price I think will go up, because dollars per kilowatt hour will go up,” Battaglia said. “Maybe Tesla buyers will spend extra on a battery that will last longer.”

Meng, at UC San Diego, said such a battery could be considered an asset for the car buyer. If the battery can be swapped into other vehicles and last 1 million miles, it will retain a certain value, said Meng, who drives a Tesla herself. How much that might be is unknown. “It will take some economists looking into this to show how the equations will be changed,” she said.

So can Musk be trusted?

Musk created a new and significant market for electric cars. His SpaceX sends rockets into outer space and lands them on barges. He has pushed the envelope with driver-assist technologies. He’s accomplished much.

Yet his promises in recent years have far outreached performance. A semi-truck unveiled in 2016 has yet to be produced. He predicted 1 million driverless robotaxis by the end of this year; so far, Tesla is on pace for zero. (The company doesn’t make self-driving cars, never mind 1 million robotaxis.)

A solar roof project announced with a nonfunctional prototype in 2016 remains an experiment. Grand plans to solve traffic problems with underground tunnels have amounted to a single tourist attraction in Las Vegas.

Musk has set a high bar for himself on Tuesday. In a conference call with stock analysts in 2017, asked about a Toyota solid-state battery project, he said this:

“You know, I could give you a PowerPoint presentation about teleportation to the Andromeda Galaxy. That doesn’t mean it works,” he said. “When somebody has like some great claim that they’ve got this awesome battery, you know what, send us a sample. Or if you don’t trust us, send it to an independent lab, where the parameters can be verified. Otherwise, [shut up].”

Lawrence Berkeley’s Battaglia said Musk could silence the critics with one simple statement. Tesla’s battery warranty is good for eight years and 150,000 miles. “Musk could extend the warranty to 15 years,” Battaglia said. “You think he’ll do that?” 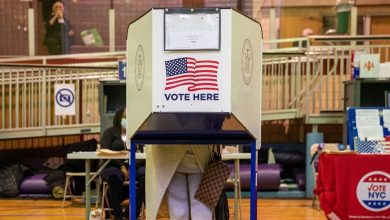 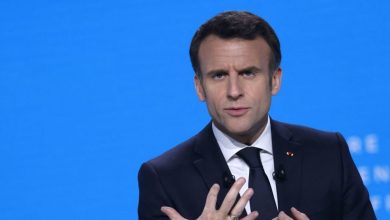 France is considering raising its retirement age to 65 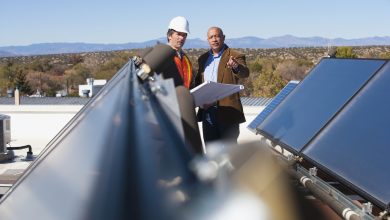 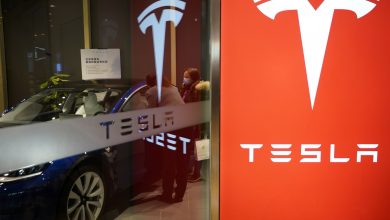 Tesla enters S&P 500: Here’s how the stock did on its first day