Film and television producer Haim Saban said in an exclusive interview with CNBC that he and his wife, Cheryl, plan to ramp up their campaign spending up and down the ballot to back Joe Biden and Democrats with just six weeks until Election Day.

The Sabans were relatively quiet with their contributions during the Democratic primary for president. They decided they would not get involved with the race for president until after Super Tuesday, as Haim Saban publicly opposed Sen. Bernie Sanders last year.

They also acknowledged that they are planning to move ahead with large investments into organizations looking to inform and educate voters on how best to vote by mail during the coronavirus pandemic. They made that commitment after CNBC pressed them on whether they’re looking to contribute to such groups.

“From our view, we have done beyond what we have been asked to do and we continue what we are asked to do,” Haim Saban said in a phone interview on Monday when discussing his contributions to help Democrats Senate candidates fighting in elections within key swing states.

“We are going to continue pushing and doing everything that’s asked of us and then some,” Saban said.

Their announcement of giving more toward competitive Senate races for Democrats follows the death of the late Supreme Court Justice Ruth Bader Ginsburg and the ongoing battle on Capitol Hill on whether to move ahead with a new judicial nominee just before the election. The Senate confirms the president’s Supreme Court nominations. President Donald Trump has vowed to move to fill the seat quickly.

Saban, CEO of investment firm Saban Capital Group, has given at least $2 million to the Senate Majority PAC throughout the 2020 election cycle, according to the nonpartisan Center for Responsive Politics. The super PAC is dedicated to helping Democratic candidates running for Senate seats. Democrats raised at least $100 million in the days following Ginsburg’s death, according to data from ActBlue.

Trump has said he will choose Ginsburg’s potential replacement either Friday or Saturday. Senate Majority Leader Mitch McConnell believes the Senate has enough time this year to confirm the presidents nominee. Saban called the decision to move ahead with the nomination process a “cynical catastrophe,” citing McConnell’s successful efforts to block President Barack Obama’s pick to the Supreme Court in 2016, Merrick Garland, from receiving a hearing. McConnell said at the time that the Senate would not hold hearings for Garland because it should be the next president who chooses their preferred Supreme Court nominee.

There are at least seven Senate races in which Democrats are challenging vulnerable Republicans, including in Arizona, Maine, Colorado, North Carolina and Georgia. A Morning Consult poll taken after Ginsburg’s death shows that half of the roughly 2,000 participants said the winner of the presidential election should choose the next Supreme Court justice.

Saban, who brought the “Mighty Morphin’ Power Rangers” to the United States, said he and his wife are backing Biden in part because of his track record on supporting Israel and its alliance with the United States. Saban, an Israeli-American, said he also sides with Biden’s support of a two-state solution between the Israelis and Palestinians.

When asked how they’re looking to assist Biden, either through contributions to pro-Biden super PACs or other means, Saban told CNBC: “Every avenue available to every supporter, we will go down that path.”

The Sabans, along with California Rep. Adam Schiff, hosted a virtual fundraiser earlier this month for Biden, with tickets at $500,000. The event raised $4.5 million.

The Sabans wouldn’t give a top line total of how much they’re looking to contribute down the campaign stretch. They gave over $16 million to Democrats running for federal office during the 2016 election, with most going toward supporting then Democratic nominee Hillary Clinton, CRP data shows. At the time, they contributed millions to Priorities USA Action, a super PAC that backed Clinton and is now supporting Biden.

This cycle they’ve contributed just over $4 million to Democrats, records show. Haim Saban has a net worth of just under $3 billion, according to Forbes.

While Saban supports the Democratic Party, he has also has ties with Trump’s son-in-law and senior advisor, Jared Kushner. Saban told CNBC that Kushner is one of four world leaders who should be given credit for putting together a diplomatic agreement between Israel and the United Arab Emirates. Saban reportedly helped in the process of getting to a deal but insists his role was on the “periphery” and that the agreement came together after years of efforts on both sides. Saban was pictured attending the signing ceremony between Israeli, UAE, Bahrain and U.S. leaders at the White House earlier this month.

Still, when it comes to the campaign, Saban is looking to give Biden a boost to defeat Trump. Biden has had success fundraising already, making the media mogul’s entrance into the money race an extra lift that will give the former vice president and the groups supporting him necessary cash to stay ahead of Trump.

Biden and his joint fundraising groups with Democratic National Committee finished raising $364 million in August. Trump and the Republican National Committee  raised $210 million over that same period. Biden and his DNC fundraising committees went into September with $466 million on hand, a campaign aide confirmed to CNBC. Trump’s campaign spokesman said last week on Twitter that the team, combined with the RNC, had $325 million on hand going into September.

Beyond helping Democrats, the Sabans are focusing on financially assisting outside groups that are looking to make an impact in the wake of the coronavirus pandemic.

With many states making mail-in ballots more accessible due to the pandemic, nonprofits and other organizations have been educating voters on how best to use the mail service as a way to vote. Saban said he and his wife are going to move ahead with giving through their foundation to similar groups in the coming weeks after CNBC asked whether they plan to support the larger vote-by-mail efforts across the country.

“We’re going to get together with the head of our foundation after we hang up with you,” Saban said about helping these groups. “This whole post office, voting by mail, voter suppression and all that. All these things, I imagine, could be determining factors on the outcome of the presidency. We are going to look at this right away and look to be helpful there.” Many business leaders, including James and Kathryn Murdoch, have poured money into those types of groups.

“I think this is one of the best ways to give communities their chance to vote, when, especially now, it is very complicated for rural communities and senior citizens,” Cheryl Saban, president of the Saban Family Foundation, said about mail-in voting.

Since the Covid-19 lockdown started, she said, they’ve contributed to a wide variety of groups that have focused on distributing food and aid to people affected by the coronavirus, especially those in marginalized communities. The groups that have seen their help over the last few months include Children Mending Hearts, Project Angel Food and Homeboy Industries. 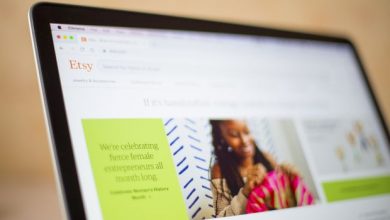 10 Beaten-Down Stocks That Could See a Rebound 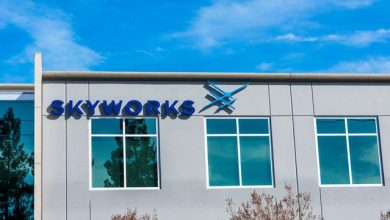 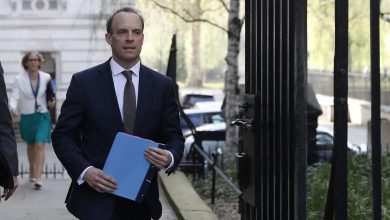 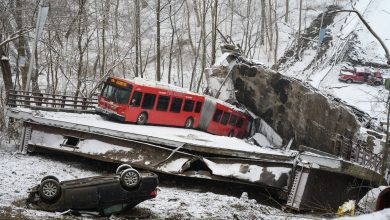 Why U.S. bridges are in such bad shape