Democratic presidential nominee Joe Biden is still leading President Donald Trump in the polls, but averages of national surveys show a trend toward a slightly tightening race with less than seven weeks until Election Day.

But Biden continues to hold his edge over the incumbent in a handful of crucial swing states, including some that Trump won in 2016.

Individual polls of the race for the White House show a much wider variance. National surveys released this week from The Economist/YouGov and Reuters/Ipsos both put Biden up 9 points on Trump among likely voters. But Rasmussen – the president’s favorite pollster, which has consistently found higher levels of support for him than other outfits – on Wednesday gave Trump his-first ever polling lead over Biden, by one point (which falls within its margin of error of plus or minus 2 percentage points).

But national polls are only part of the story, as any number of anxious Democratic voters will be quick to point out. In 2016, Democratic nominee Hillary Clinton trounced Trump in the popular vote by more than 2.8 million votes, but still lost the Electoral College.

That race came down to a series of upset victories by Trump in key swing states, including Michigan, Wisconsin, Pennsylvania and Florida. Trump walked away with 306 electoral votes to Clinton’s 232.

RCP’s swing-state tracker, however, shows Biden leading to varying degrees in all of those battleground states, as well as in North Carolina and Arizona, which Trump also won in 2016.

That polling tracker now gives Biden an overall spread of 3.7 points over Trump – a wider lead than it showed at the start of the month.

That shift appears to be driven by recent surveys of voters in Wisconsin and Arizona, both of which show Biden furthering his gains over Trump since the end of August.

The battle for Latino voters

In Arizona, RCP shows Biden with a 4.7-point lead over Trump, who in 2016 beat Clinton in the Grand Canyon State by about 3.5 percentage points.

The Trump campaign appears to be taking notice, announcing Thursday that it would air a new ad, featuring a business owner praising the president and attacking Biden’s record, specifically in Arizona.

Still, the race in Arizona remains tight, according to a survey of the state released Thursday morning by the Monmouth University Polling Institute. While Biden in that poll holds a 4-point lead among all registered voters in the state, 48%-44%, the gap shrinks to just 2 percentage points under a model of likely voters with high turnout, with Biden at 48% and Trump at 46%. In a low-turnout model, Monmouth finds Trump and Biden tied at 47% among likely voters.

Monmouth surveyed 420 registered voters in Arizona by phone between Friday and Tuesday. The poll has a margin of error of plus or minus 4.8 percentage points.

The same can’t be said for Florida, where recent polls showed Biden underperforming among Latinos.

The Biden campaign has reacted quickly. The former vice president himself visited South Florida on Tuesday, and his campaign over the weekend announced new ads in the state targeting different groups of Hispanic voters.

The shifting polls come as the economy, health care and the coronavirus pandemic take center stage in the campaign messaging for both Trump and Biden.

More than 6.63 million Covid-19 cases and at least 196,831 deaths from the disease have been reported in the U.S., according to Johns Hopkins University.

Trump, eager to recover the devastating economic losses from the pandemic before the election, has proclaimed that his administration has done a “great job” on the crisis, and has repeatedly floated the possibility of a vaccine being developed and distributed before Election Day. His own health experts, however, have suggested the timeline would be much slower.

Biden, meanwhile, describes the U.S. response as being tragically mishandled.

The president in recent weeks has also recently weathered a series of potentially damaging news stories related to the coronavirus, including revelations from veteran journalist Bob Woodward that Trump admitted downplaying the dangers of the virus.

The polling averages, however, don’t reflect any dramatic change following these reports, offering further evidence for the view among political watchers that Trump’s core base of support is simply unshakable.

But that’s a blessing and a curse, analyst Charlie Cook noted last week:

“There is nothing that could be said or written, nothing that Trump can say or do, that would crack his base. Those expecting Trump to drop at the next negative story forget that it is hard to take a drop if you’ve never risen in the first place,” Cook wrote.

“But this is also why those who are convinced that he will make a spectacular comeback are likely to be wrong as well. His standing is impervious to events.” 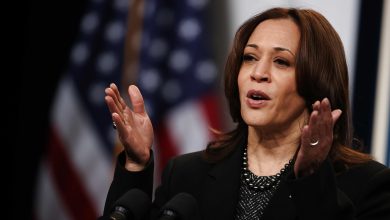 Kamala Harris is set to visit Southeast Asia as U.S.-China tensions rise. Here’s what to expect 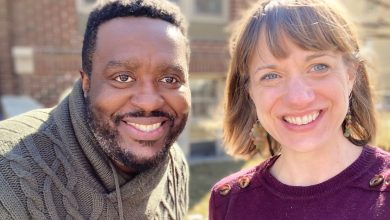 He was 4 months behind on his rent. Why his landlord never mentioned eviction 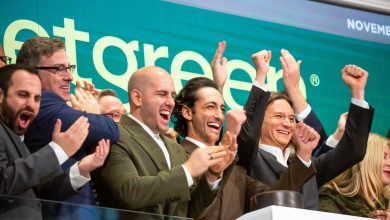 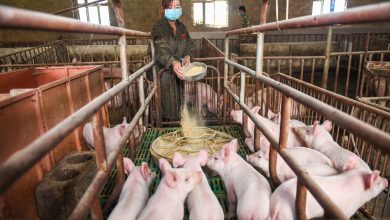