WASHINGTON — Democratic presidential nominee Joe Biden’s strategy will be to stay firmly focused on the economy and the pandemic during the final weeks of the presidential race, senior Biden campaign advisors said Friday.

But while the former vice president delivers a message to voters that is universal and consistent, the campaign’s tactical approach will be very different. Here, Biden is relying on a highly customized model of voter outreach that reflects more than 150 different coalitions and affinity groups.

This localized approach is also driving the Biden campaign’s voter turnout strategy, which has been adapted this year for tens of millions of people who will be voting by mail for the first time, or voting early.

A preview of Biden’s strategy this fall was presented by campaign manager Jen O’Malley Dillon, chief strategist Mike Donilon and communications director Kate Bedingfield in a wide-ranging call with reporters.

Going into Labor Day weekend, Biden held an average lead of 7 points over Trump in national polls. Biden also led in all the major battleground states, but in some of them, like North Carolina and Florida, his margins were razor-thin.

But what’s striking about his lead isn’t the number itself, said the Biden strategists; it’s the consistency of the number, just a tenth of a point higher than Biden’s lead was on Aug. 10, the first day of the Democratic National Convention.

“Given the disposition of the race for President Trump, it really was imperative for him to move the election at this period of time, and that didn’t happen,” said Donilon. “I think that speaks to the vice president’s strength, and I think it speaks to this kind of stability in the race.”

The consistency of Biden’s poll numbers belies what a tumultuous few weeks it has been for both the presidential election and the country at large.

The police shooting of Jacob Blake in Kenosha, Wisconsin on Aug. 23 triggered three nights of riots last month that culminated in the deadly shooting of two protesters. A White 17-year-old was later charged with murder in the case.

Blake’s shooting was a day before the start of the virtual Republican National Convention. Over the next four nights, Trump’s party sought to paint a softer picture of the president as a warm, caring person who had prioritized racial equality while in office.

But Trump undermined that effort when he quickly seized on the unrest in Kenosha and sought to blame Biden, as well as Democratic mayors and governors nationwide for a spike in urban crime that he linked to the protests. “You won’t be safe in Joe Biden’s America,” was the title of a recent Trump campaign ad.

And yet, despite all the heat, both emotional and political, of the past month, Biden’s lead is right where it started at +7.

For Biden and his campaign team, the consistency in the poll numbers serves as evidence that the race is fundamentally stable, and that their strategy is working.

Reinforcing the connection between the pandemic and the recession is central to Biden’s strategy this fall, said Donilon, the chief strategist.

“Voters see a strong link between Trump’s failure to act on the virus and the continuing problems in the  economy…This is where the public is. This is their focus. This is what they believe this election is about.”

Democratic U.S. presidential nominee and former Vice President Joe Biden discuss the effects on the U.S. economy of the Trump administration’s response to the coronavirus disease (COVID-19) pandemic during a speech in Wilmington, Delaware, September 4, 2020.

“You can’t deal with the economic crisis until you beat the pandemic,” Biden said in a speech that included some of his most pointed criticism of Trump so far this election.

Responding to the better-than-expected August jobs report, Biden noted that continued unemployment means “economic pain remains unrelenting for millions of working people of every race and background who aren’t getting the relief they need.”

Trump, he said, “doesn’t understand. He just doesn’t care. He thinks if the stock market is up, then everything is great. If his rich friends and donors are doing well, then everyone is doing well.”

In a separate passage about the pandemic, Biden said practically the same thing about Trump’s approach to the problem.

“It’s almost like he doesn’t care because it doesn’t affect him and his class of friends,” said Biden. “Anyone with a big enough checkbook can get a rapid test on demand.”

This kind of rhetorical symmetry is no accident. “I believe voters are looking at the economy through the lens of the Covid crisis,” said Donilon. “There’s a pretty clear understanding in the country that the economy is in tatters. And that it’s still in a very difficult situation because of the coronavirus.”

But consistent messaging from the candidate is only part of the Biden strategy this fall. The other piece is tactical.

Here, the Biden campaign is ready to spread out across battleground states, ready to send the nominees out on the road as much as possible, and confident about the infrastructure it has built.

“There is not a one-size-fits-all campaign in this nationally, that’s going to work. So, in each state, in each community and each state, we are building programming, virtual and in person,” said O’Malley Dillon, the campaign manager.

“You’re also seeing the vice president and Senator [Kamala] Harris continuing to travel, and you’ll see that with Dr. Biden and Doug Emhoff as well,” she said, referring to the nominees and their respective spouses.

The Biden campaign’s next trip will be Monday, when Harris travels to Milwaukee, Wisconsin to mark the Labor Day holiday. Later in the week, Biden will travel to Pennsylvania and Michigan, two crucial swing states that broke for Trump in 2016, but which Democrats hope to win back this year.

In August alone, she said, the campaign had 2.6 million conversations with voters in battleground states.

O’Malley Dillon also said that in response to the increase in early voting and mail-in ballots, the campaign has approached its ad spending by front-loading a lot of its programming, “so that we’re hitting voters now, assuming that they’re going  to be voting early.”

This task got easier last month, when the Biden campaign reports that it raised $364.5 million between the campaign and his joint committees with the Democratic Party.

After trailing Trump for all but one month this year, the August figure represents a staggering amount — it exceeds any single month fundraising in previous presidential general elections.

Throughout the summer, Biden has vastly outspent the Trump campaign on TV and digital ads. In August, Biden outspent Trump by 2-to-1, according to an analysis by the Associated Press.

Going into the final 60 days of the presidential race, the Biden campaign has reserved more than $280 million worth of TV and digital ads. A Trump campaign spokesman told the AP that it plans to spend $200 million on ads this fall.

Alongside the ads, the campaign is also very focused on helping voters navigate the voting process safely. This task became more urgent earlier this year, after Trump began to falsely claim that mail-in voting was rife with fraud.

“Our job as a campaign is to make sure voters are making a plan to vote, they’re voting early and we’re helping support them in doing that,” said O’Malley Dillon. 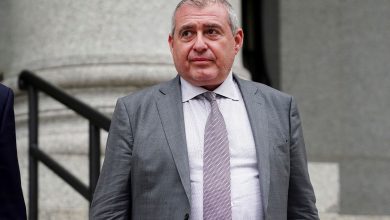 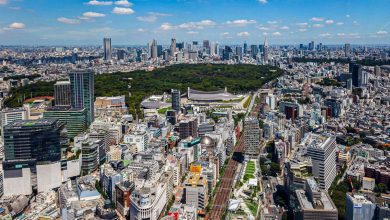 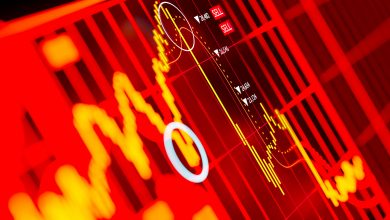 The secret to making better investment moves when markets are in turmoil: Morning Brief 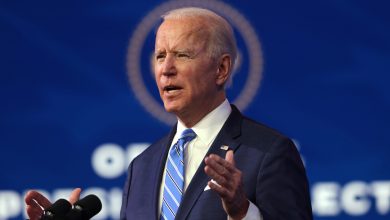 Biden pushes for bigger benefits for Americans struggling with hunger