ZACK GUZMAN: Welcome back to live market coverage here on The Ticker. A big sell-off here to kick off the week. When you look at the Dow, it has pared some of those losses, at one point nearing about a 1,000 point loss, now off just 730 points. We’ll keep you updated on today’s action.

But a lot of this sell-off investors are contributing to a new bombshell report here. We saw some weakness in the financial sector here today. The XLF, you can track that, off more than 3% today. HSBC, as well, is one of those big names seeing its lowest point here in 25 years in their sell-off.

But overall, this big report from the International Consortium of Investigative Journalists saying some big-name banks, including HSBC and JP Morgan among others, profited off of powerful and dangerous players over the course of decades, and $2 trillion worth of financial moves here, even after regulators imposed penalties for banking infractions. When you look at that report, the so-called FinCEN files, were worked on by more than 100 news organizations around the globe. In one example highlighted in the report even tying JP Morgan to a move of more than $1 billion for the fugitive financier behind Malaysia’s 1MDB scandal– we’ve talked about that one before here– based on the records in the report.

And for more on this, how damning it is for the world’s biggest banks, here to chat that with us is Dick Bove, Odeon Capital Group LLC Senior Research Analyst. And Mr. Bove, I appreciate you taking the time to chat. And just want to give our viewers a background here, because a lot of people watching might not really understand what’s going on here.

But the Financial Crimes Enforcement Network, or FinCEN, is really the agency here that the report focuses on. Within the Treasury Department, they’re charged with, you know, combating money laundering and all other kinds of financial crimes. This report is highlighting, though, that banks, by law, have to file so-called Suspicious Activity Report, or SARs, here to spot some transactions that look sketchy.

But this report’s alleging that all the banks had to do was file those and essentially were– were given immunity in what could come from those. And that seems to be the piece of this story that’s really catching eyes here, and the fact that they might have just flagged these things, but then FinCEN didn’t do much with them, and that banks were basically fined getting whatever fees or fines came from this. But the overlying and underlying issue here is still at-hand that banks aren’t doing enough to combat some of these activities and funding some very serious organizations. So what do you make of the new report?

DICK BOVE: Well, I think it’s highly complicated because– and you exactly looked at it correctly. Every time a bank has a suspicious transaction of any type, it is required to fire one of these– file one of these SARs reports. The SARs reports go to FinCEN. FinCEN is, you know, a division of the United States Treasury Department. And it then is incumbent upon the Treasury Department to take some action.

Apparently, in a number of these cases, they did not take action, or they may have actually even gone back to the bank and said, you know, let the money keep flowing, because we want to know where it’s coming from and we want to know where it’s going, because this is a beautiful way for us to locate more, if you will, questionable operations. So who then is at fault? Is the bank at fault because it reported what was going on? Is Treasury at fault because they didn’t take strong enough action? Or were both of them attempting to ferret out, you know, if you will, issues, you know, that has to be ferreted out concerning drug dealers, terrorists, et cetera?

Because what– what is not understood about the government and the banking system is when the president says, I’m putting sanctions on North Korea, or Iran, or wherever it wants to– Russia, wherever it wants to put on sanctions, the primary sanction that they put on is the flow of money through the banking system. And that’s what we’re talking about here, who was in control of turning off the spigot to these people? Was it Treasury? Was it FinCEN? Was it the bank?

And obviously, we don’t know the answer. Clearly, if the bank was doing something illegal, my view is it should be penalized, and penalized heavily, with significant fines, right? But they may not have done anything wrong here, and we just don’t know.

ZACK GUZMAN: Yeah, see, so that’s the interesting part here, too, because, I mean, a lot of these– maybe not a lot of them, but some of the infractions discussed in the report did come even after regulators imposed penalties for some of these infractions. So I mean, they were getting penalized. But they might just say that’s the cost of doing business, which, I mean, when we tie it back to the market action we’re seeing today, I mean, financials and some of these big-name banks getting hit hard, JP Morgan, just to highlight, off more than 4% today.

I mean, the idea might be that these fines will need to be increased, whether it’s the Trump administration or if Joe Biden comes to power, his administration strengthening fines against what’s already a tough-hit sector here when we think about low interest rates and everything else going on right now in the financial sector. I mean, is that, you think, what’s applying pressure here, that banks will be A, more scrutinized, and then B, have to deal with higher fines moving forward?

DICK BOVE: Well, I think clearly, and we saw this with Citigroup a couple of weeks ago, when something of this nature comes to light, in this case in the press, I’m sure that it was well aware– that the regulators were well aware of what was happening, given the fact that all of the information which is in this investigative report comes from these SARs reports, which supposedly are confidential, and therefore someone was leaking information on government investigations, which was inappropriate.

You know, and I think that that’s something that has to be looked in also, how do these investigative reporters get these SARs reports when these SARs reports are supposed to be confidential? Anyway, they got them. So now the question is, who’s going to do what about it?

Well, clearly, the regulators are going to come into the banks with fines, with, you know, a variety of requirements for changes. Basically what happens is it takes two to three years to make all of the internal adjustments inside of the banking company to put into effect more controls related to, you know, these money flows, right? In other words, they’re going to have to change internal systems.

It also needs to be understand– understood as to how these confidential reports got into the hands of the press, and does the press have the right to open the sky– open, you know, floodlights on every investigation that the United States Treasury is involved in? In other words, is it the right of the American people to know whenever the Treasury thinks there’s an irregularity somewhere, should the United States people know about it?

ZACK GUZMAN: You know, it’s all very interesting when you consider the fact that, you know, a lot of this– a lot of these SARs reports comes from bank’s compliance divisions here, which we know and we’ve reported, have already been stretched as is. And then FinCEN staff also shrinking by more than 10%, according to this BuzzFeed report here on the FinCEN papers, if I can call them that, but very interesting.

To their credit, BuzzFeed does document the way that they did get some of these reports, including freedom in– Freedom of Information Act filings, as well as attempts to unseal lawsuit records here and working with federal judges here. So there is a piece of that. But overall, the financial sector trading off on this news.

Dick Bove, I always love having you on to break this down. Odeon Capital Group Senior Research Analyst, appreciate you taking the time. 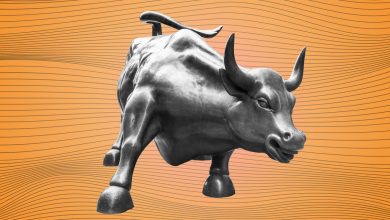 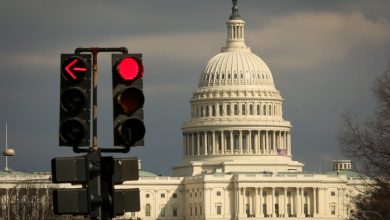 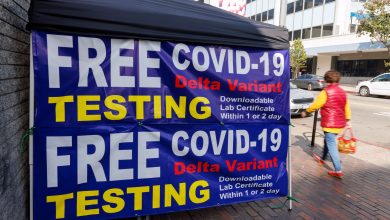 California lays out plan to live with Covid for the long-term, fight future surges and new variants 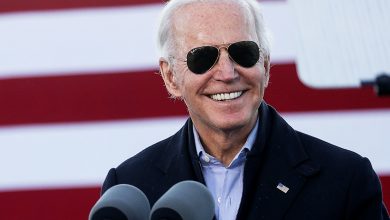 Biden wants to increase stimulus checks to $2,000. Here’s what we know about those payments