(Bloomberg) — It’s anything but business as usual for the 1,500 U.S.-based employees of TikTok.

Plans to hire 10,000 employees and open new offices in the country are being postponed, and brands and social media stars are inserting clauses into their contracts to address what happens if a proposed ban comes to pass, according to TikTok employees, executives and business partners.

Virtual town hall sessions that were once held each month are now weekly affairs where worried employees ask top executives if their paychecks will keep coming if the app goes dark in the U.S. In response, executives have pointed to India, where TikTok has been banned but ByteDance Ltd., the Chinese company that owns the app, hasn’t cut jobs.

“Employees are scared, there’s a lot of questions and concerns,” said Patrick Ryan, a technical program manager at TikTok, who joined the company in March after nearly a decade at Alphabet Inc.’s Google. He’s leading a crowdfunding campaign to fund an employee lawsuit against the proposed ban, though he said he is not involved in the company’s official legal response and speaks only for himself. “There’s no guide to what to do when the U.S. president says he’s going to eliminate a job you love in 45 days,” he said.

Ryan is referring to twin executive orders issued by President Donald Trump earlier this month that call on ByteDance either to sell TikTok’s U.S. operations or shut them down by mid-September, citing national security concerns. (Trump later issued another order with an extended deadline.) On Aug. 2, Microsoft confirmed its pursuit of TikTok. Oracle Corp. and Twitter Inc. have also explored bids, people familiar with the negotiations have told Bloomberg News.

Vanessa Pappas, TikTok’s general manager for the U.S., Canada, New Zealand and Australia, declined to comment on deal negotiations. In an interview Thursday, she said she’s made clear internally and externally that Tiktok strongly disagrees with the Trump administration’s stance, and said TikTok hadn’t been presented with any evidence to back up claims it shares data with the Chinese government.

Pappas said TikTok will remain in the U.S. regardless of the Trump administration’s threats, and believes it has “multiple paths forward” depending on what happens. “It’s an extremely turbulent time, so our message is really just, ‘let’s focus on the things that you can control, the things that matter,’” she said. This week, TikTok launched what it called its largest ad campaign to date, with television, radio and social media spots that pitch it as a positive force in the U.S.

Still, chatter among TikTok employees about what some have begun to refer to as “D-Day,” or simply “Sept. 15” pop up in video meetings and the company’s internal messaging app, Lark. Pappas scrolls through the Lark threads throughout the day and responds to concerns in hopes of heading off any unsubstantiated rumors and calming fears.

“So many of us were getting laid off and the economic situation was really rough, but TikTok was still growing,” said one employee who joined the company this spring after losing a previous job, and asked not to be identified because they weren’t authorized to speak publicly. “There are so many questions right now, but I don’t think the leadership team would be hiring and working so hard to keep the business going if they didn’t know what they were doing.”

Many people are working around the clock because hiring hasn’t kept up with the demands of the business’s growth. More than two thirds of TikTok’s 1,500 U.S. employees have been hired since the beginning of the year, many of them since the pandemic began. Unable to meet their coworkers in person, they’ve bonded over the collective fight to keep the company alive, according to three employees who requested anonymity because they weren’t authorized to speak publicly.

Some TikTok performers who make money on the platform, however, aren’t just waiting around to see how the politics play out. Carrie Berk, who goes by @carrieberkk on TikTok, is one of many social media stars who appealed to TikTok fans to migrate to Instagram instead. “It’s like a ticking time bomb,”  she said of TikTok.

Advertisers are also making contingency plans in case of a potential TikTok shutdown, including writing so-called ban clauses into contracts that allow them to move their campaigns to other platforms if TikTok does disappear. “We’re negotiating contracts to give brands a level of comfort that if something does happen to Tiktok, it won’t come out of their budget,” said Eric Jacks, chief strategy officer at marketing agency Collab.

Justin Kline, who runs a social media influencer marketing company Markerly, says he’s advising brands to keep their advertising campaigns running on TikTok but that many of his clients are wavering. Advertisers like TikTok now, he said, but they’re also asking him, “should we be investing in a platform that could get banned?'” 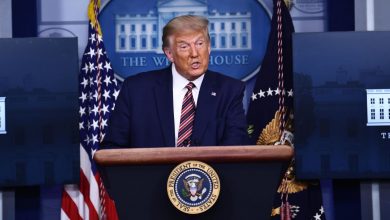 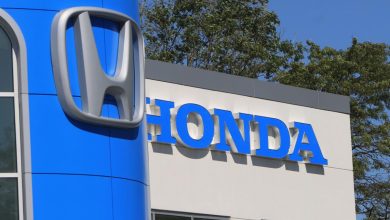 Honda to employees: Oops, we miscounted your bonus, please give some of it back 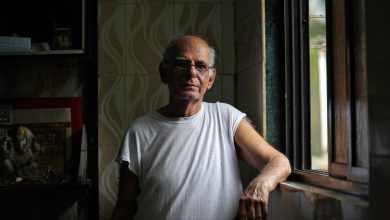 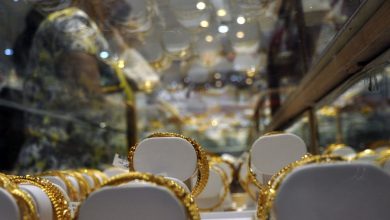