(Bloomberg Opinion) — Don’t dismiss the leak of oil from the MV Wakashio that ran aground last month on a reef off the Indian Ocean island of Mauritius so quickly. The volume lost may seem tiny, but its location, mixed with other pressures already faced by the oil industry, means that it will have an impact far beyond its size.

The empty bulk carrier was 11 days into a month-long voyage from Singapore to Brazil, where it was due to pick up a cargo, when it ran aground just a mile off the island’s southern tip on July 25. About three-quarters of the oil in its tanks — some 3,900 tons of very low-sulfur fuel oil, 200 tons of diesel and 90 tons of lubricant — was transferred off the vessel. The rest leaked into the sea — much of it coming ashore in the Ile aux Aigrettes nature reserve, home to the last remnants of Mauritius’s dry coastal forest and the endangered species that depend on it.

Compared to the biggest oil spills from tankers hauling as much as 300,000 tons of crude across the world’s oceans, the volume of oil that spilled from the Wakashio is a drop in the ocean. But size isn’t everything.

The Exxon Valdez, probably the most infamous tanker spill in American waters, doesn’t even make a list of the 30 biggest oil spills from tankers worldwide — it comes in at number 36. All spills are eclipsed by the 1.5 million tons of crude deliberately leaked into the Persian Gulf in 1991 by Iraqi forces seeking to forestall a possible amphibious invasion after their occupation of neighboring Kuwait. Even the fabled 1901 Spindletop discovery in Texas leaked more than three times as much oil as the Exxon Valdez before it was brought under control.

Mauritius, an island about the size of the city of Jacksonville, Florida, is located on the shipping lane between the southern tip of Africa and the northern entrance to the Strait of Malacca, which connects the Indian and Pacific Oceans. It’s the route of choice between the huge markets and manufacturing centers of China, Japan, South Korea and the rest of Asia in the east and the resource-rich regions of West Africa and Latin America, or the markets of Europe and North America, in the west.

Blue Bay, where the ship ran aground, was the one remaining area of undamaged coral reef off the coast of Mauritius. Declared a marine park in 1997, it’s the perfect place to spot colorful coral beds and an abundance of underwater life. The oil spill “may have caused irreversible environmental damage to the southeastern coast of Mauritius,” oceanographer Vassen Kauppaymuthoo told my Bloomberg News colleague Kamlesh Bhuckory.

We don’t know yet why the Wakashio was so close to shore that it hit the reef, but it wasn’t an isolated incident. A similar accident happened four years ago at a spot less than 10 miles away.

Most vessels plying that route pass much farther from the island, with few coming less than 20 miles from shore. The Wakashio, like the MV Benita in 2016, got much closer. The reasons for its proximity will form part of the investigation that is now under way and has seen the arrest of the ship’s captain.

Because the ship wasn’t carrying oil as a cargo, Mauritius may have little hope of a big settlement if it wins one. Compensation could be limited to as little as $18 million under the 2001 Bunker Convention, according to global law firm Clyde & Co. That’s a pitifully small amount to offset the cost of the cleanup and the damage caused to fragile and unique species on Ile aux Aigrettes. (The ship’s owner, Nagashiki Shipping, has said it “will respond in good faith to any damages in accordance with applicable law,” according to an emailed statement.)

The accident will once again focus attention on the oil industry, as companies come under increasing pressure to bear responsibility for pollution caused by their product, as well as that resulting from their operations. Ships account for about 5% of global oil use and burn one of the heaviest, stickiest fractions of the barrel.

Steps have already been taken to reduce the amount of sulphur in ship fuel and targets set to halve the carbon footprint of shipping from 2008 levels by 2050. If that goal is to be met, we’ll need to find a new, clean ship fuel within the next decade, according to the Getting to Zero Coalition.

As my Bloomberg News colleagues Ryan Hesketh and Jack Wittels wrote here, there is no obvious alternative fuel for ocean-going vessels like the Wakashio on long voyages. Alternatives such as ammonia, hydrogen, natural gas, or nuclear reactors either take up much more space than oil to provide the same amount of energy, are far more dangerous to carry or are a lot more expensive.

One thing is certain, though, images of oil-fouled beaches and wildlife from a pristine Indian Ocean island will add more pressure for change and a move away from a fuel that is increasingly seen to be unsustainable for reasons of local, as well as global, pollution. Imposing exclusion zones around vulnerable islands may provide some protection, but this latest accident is another loud call for a shift to less polluting ship fuels. 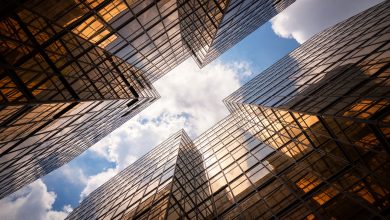 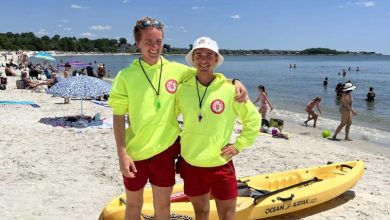 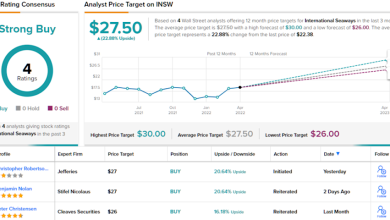