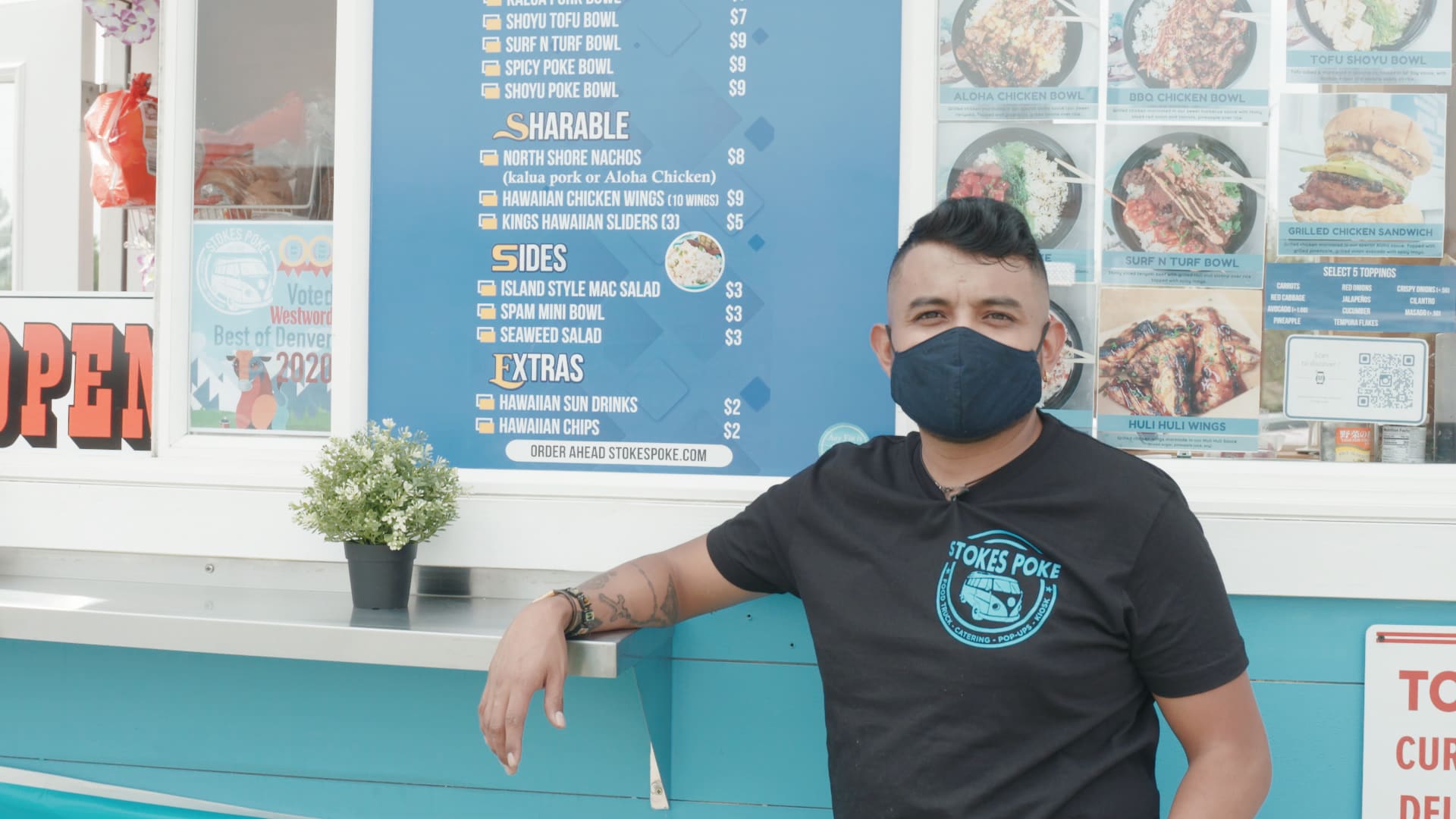 Alejandro Flores-Muñoz is a full-time business owner in Denver, Colorado. The 31-year-old quit his 9-to-5 job in 2018 to run his own business: Stokes Poke, a food truck that sells poke, a Hawaiian dish that he describes as “sushi in a bowl.”

He didn’t always dream of being an entrepreneur, especially since he saw his mother struggle to make ends meet when he was growing up. Flores-Muñoz came to the United States with his mother and younger brother in 1997. He was 7 years old when they moved from his hometown in Guadalajara, Mexico to Santa Ana, California.

In order to support her kids, “my mom has always had a side hustle,” Flores-Muñoz tells CNBC Make It. “When I was younger, I sometimes felt a little bit embarrassed of the work that my mom was doing. To me, all of that felt like we were doing it out of necessity, and it really didn’t click when I was younger that it was actually an entrepreneurial spirit that lived in my mom.”

Looking back, he realizes that much of his success in business today is thanks to her: “By her trying to survive, she was teaching me entrepreneurship traits.”

Flores-Muñoz is a full-time entrepreneur living in Denver, Colorado.

Ultimately, Flores-Muñoz sees entrepreneurship as a path to wealth, which is why he’s fine making a little bit less right now. While it can be difficult to move up the corporate ladder at a more standard 9-to-5 and negotiate raises, “I don’t see a cap with entrepreneurship.”

He pays himself a salary of $40,000 a year, but expects to make closer to $46,000 in 2020, thanks to side gigs. He gives talks at colleges and universities about how to start a business and turn a side hustle into a “main hustle.”

He also runs a sunglasses business, which he started in 2012 and is planning to pass on to his younger brother, and a button business, which he started during the 2017 Women’s March. He made custom buttons with messages like “Women’s rights are people’s rights” and sold them at various marches across the country. He made about $7,000 in profit, which he used to invest in the food truck. He still sells activism buttons at large political events once or twice a year, most recently in January 2020, when he sold them at a women’s march and turned a profit of $2,000.

Leaving a good salary and benefits for an entrepreneurial life

In 2018, Flores-Muñoz left his 9-to-5 job — where he made $55,000 a year as a program director at America Votes — to run Stokes Poke with his business partner William Cook.

The pivot from politics to food wasn’t completely random. His first job as a teenager was working in the food services department at a water park in southern California. He started as a cashier when he was 13 and, over the next decade, worked his way up to become a manager, which meant overseeing massive food and produce orders.

When he left the water park at 23, “I never thought that I would go back to that lifestyle,” he admits. But when Cook approached him about running a food truck together, he couldn’t turn down the opportunity to become a full-time business owner.

Flores-Muñoz started Stokes Poke with his business partner in 2018.

Leaving his day job to become a full-time restaurant owner was “the best decision that I’ve ever made in my life,” says Flores-Muñoz. “But it was also a very scary decision. Not only did I reduce my salary, but I also lost my health insurance, my 401(k), paid time off — all of those benefits that you get for working for a nonprofit.” While he’s working on getting health insurance for himself and his staff, he’s currently uninsured.

He and Cook typically pay themselves $750 a week, which comes out to about $40,000 a year. “We came up with that number based on the bare minimum we each needed to pay our rent and some living expenses,” says Flores-Muñoz. They had to cut their salaries temporarily in response to the coronavirus pandemic this spring, dropping to $500 per week in April and May. They even stopped paying themselves completely for two weeks but are back to collecting their regular salaries.

Even though Flores-Muñoz took a pay cut when he left his 9-to-5, he’s comfortable with what he makes now.

I am envisioning a lifestyle where I am going to be able to not only have enough to survive, but enough to be able to create generational wealth for not only myself, but for my family and my community.

But he’s not necessarily content. “I am envisioning a lifestyle where I am going to be able to not only have enough to survive, but enough to be able to create generational wealth for not only myself, but for my family and my community.”

He and his business partner didn’t start the truck from scratch: They bought Stokes Poke from its founders in 2018 for $24,000. Included was the actual truck — a 1978 Volkswagen bus — as well as equipment and recipes. They made a $3,000 down payment and financed the rest of the purchase through the previous owners. Today, they still owe about $14,000 on the truck.

The co-owners saw tremendous growth their first year: The business went from grossing $40,000 a year to $196,000. In addition to selling from the truck, they added a catering business, opened a kiosk and started doing pop-up shops. The truck was named the best poke in Denver in 2020 by Denver Westword.

Their goal was to continue to scale up and hit $250,000 in revenue in 2020, but sales took a massive hit this spring due to the coronavirus. “Once the pandemic hit, we saw drastic, drastic changes,” says Flores-Muñoz. “We went from doing anywhere from 350 to 500 bowls on any given day to only pulling in roughly 50 bowls a day.”

Flores-Muñoz supplements his income with speaking engagements at colleges and universities. Last year, he brought in an extra $4,500 by charging $750 for each talk. This year, he expects to earn less because of the pandemic, but he still has a few virtual talks on his schedule.

When settling on a price for his time, he’s learned that if he names his fee and the organization hiring him says “yes” right away, he’s charged too little. “When I first started, I charged $500 for a one-hour speaking engagement. When I found out that they paid for that very quickly, I scaled it up to $750. The next time that I do have a speaking engagement, it’s going to be a $2,000 fee because I’m also going to include an e-book that I’m writing.”

Between his food truck salary, speaking engagements and income from his sunglasses and button businesses, he expects to earn about $46,000 in 2020.

Flores-Muñoz does speaking engagements on the side.

Flores-Muñoz was 7 when he and his family immigrated to the U.S.

Growing up in California, “for many years, we lived in the shadows,” he says. He lived undocumented until 2012, when President Obama signed Deferred Action for Childhood Arrivals, or DACA, which protects undocumented immigrants who entered the country as minors from deportation. “Before 2012, I had zero protections,” he says.

For many years, we lived in the shadows. Before 2012, I had zero protections.

DACA has opened a lot of doors for Flores-Muñoz: “I finally had the documents to be able to pass background checks to work legally in this country, allowing me to apply for jobs that otherwise would have been out of reach.”

“I’ve always considered DACA an opportunity, but I also have realized that we can make our own pathways,” he adds. By owning his own businesses, “I can not only make a living for myself, but continue to contribute to my community and showcase that we are here to stay and that we are contributing to the economy of this country.”

He’s in the process of renewing his DACA, which he has to do every two years. It costs $495, requires filling out a bunch of paperwork and can take three to six months to hear back about your status.

How he budgets his money

Here’s a look at how Flores-Muñoz spends his money. His budget is lean, and he spends about $2,400 on basic necessities and expenses for his side hustles.

Stokes Poke was named the best poke in Denver in 2020 by Denver Westword.

In 2019, Flores-Muñoz launched a podcast and YouTube channel, the UndocuHustle Show, to highlight stories of undocumented entrepreneurs in the U.S. A big chunk of his monthly budget, about $500, goes toward equipment and hiring freelancers to help with the show. He also uses this money to pay freelancers who are helping him write and edit an e-book, “No Papers No Fear! You Can Do Business Here,” which he expects to finish in the fall of 2020.

Besides the $14,000 he and his partner owe on the food truck, Flores-Muñoz doesn’t have any debt. He went to a community college for two years, and scholarship money covered the cost. He was accepted to the University of Massachusetts at Boston and had the option of pursuing a bachelor’s degree, but he couldn’t justify the cost.

“I opted out and am now, more than ever, glad that I made that decision because as a business owner, I don’t need any degrees to be able to grow the business,” he says. “It takes hard work and dedication.”

Any money that he does have leftover at the end of the month typically goes back into his business or is used to invest in himself. In the past, that has meant buying video equipment to launch his YouTube channel or paying for a banner to showcase that his food truck was voted the best poke in town. “I reinvest my savings into things that are going to elevate my side hustles,” he says.

Flores-Muñoz and his mother, Maria.

Lacking extra savings doesn’t stress him out. “Because I come from a background of very low income, immigrant folks, I had been taught to see money as a source of surviving — getting just enough to pay the bills. … All I’ve ever had is only having enough to survive — never enough to save or take a vacation.”

A big money goal for him, though, is to start saving and eventually to invest his money. He hopes that the business will grow enough over the next couple of years to the point where he can give himself a substantial raise.

“I see myself being able to pay myself a salary in the future where I’ll be able to have income where I can disperse some for savings, some for investments and some for entertainment,” he says.

Don’t miss: The budget breakdown of a millennial couple making $87,000 in Toronto and saving $2,300 a month 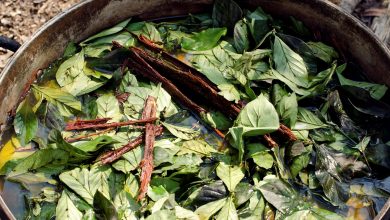 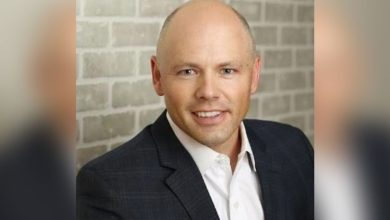 This hedge fund manager called inflation early. He now says consumer prices will finish 2022 at a level that `screams failure by the Fed’ 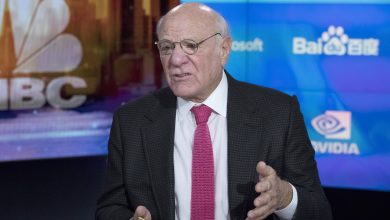 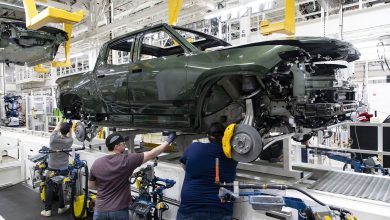