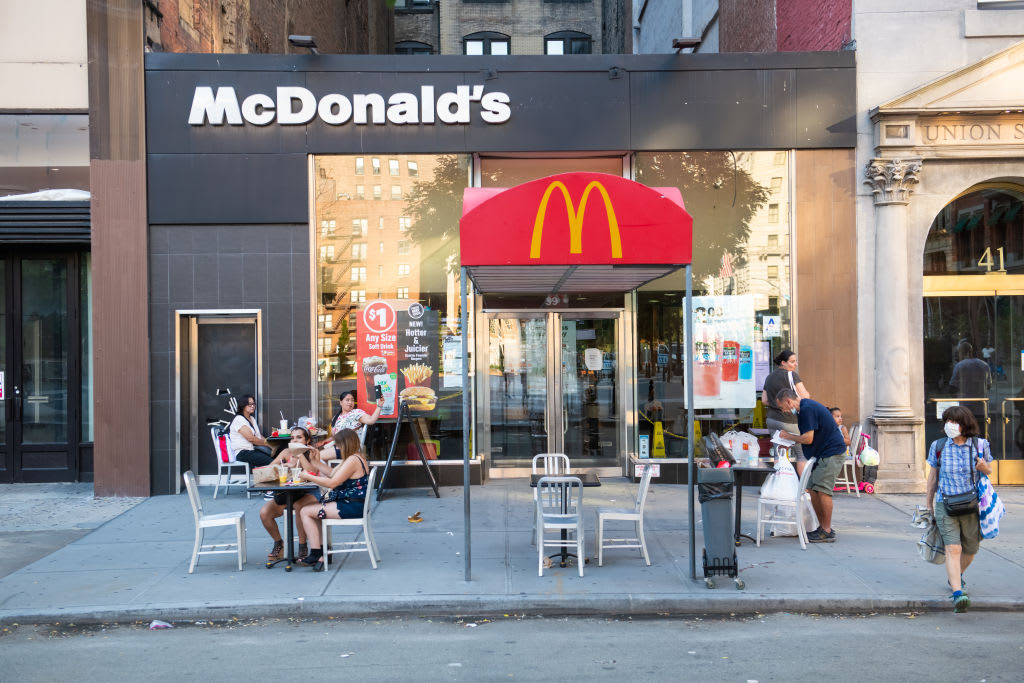 When the coronavirus pandemic forced restaurants to shut their dining rooms, many chains slimmed down their menus to make service smoother — and some of those changes may be permanent.

States and cities across the country are easing restrictions, but menus are unlikely to snap back to their pre-pandemic status. Bloated menus can overwhelm customers, slow down the kitchen and lead to longer drive-thru lines. The crisis gives restaurant chains an opportunity to reevaluate what they’re serving and to focus on driving sales.

McDonald’s, for example, used the pandemic as a chance to accelerate its plans to trim its U.S. menu. The Chicago-based company analyzed more than 100 items to decide what changes to make.

People dine outside McDonald’s in Union Square as New York City moves into Phase 3 of re-opening following restrictions imposed to curb the coronavirus pandemic on July 12, 2020.

McDonald’s salads, bagels, yogurt parfaits and grilled chicken sandwiches are among the items facing an uncertain future at the global fast-food giant.

The burger chain has been bringing back some items, like variations of the Quarter Pounder and the Bacon McDouble. CEO Chris Kempczinski told analysts in July that its U.S. management is working with franchisees to make sure “every item that we add earns its way back onto the menu.”

McDonald’s tweeted on Thursday that it’s still evaluating if and how All Day Breakfast returns to restaurants.

Many Taco Bell locations opted to open later in the day during lockdowns to ease operations, which effectively removed breakfast from the menu.

The Yum Brands chain is also making some permanent changes to its menu, starting Aug. 13. The Nachos Supreme, Spicy Potato Soft Taco, Cheesy Fiesta Potatoes, Spicy Tostada and the 7-Layer Burrito are among the items getting the ax. The Quesarito will only be available to order through Taco Bell’s website and app, starting Thursday.

The chain said in a statement that the new approach “comes after months of analyzing the new way we are running our restaurants.”

Taco Bell is also adding some items: a $5 Grande Nachos box and a beef burrito. Additionally, the Grilled Cheese Burrito made its debut recently.

People wear facial mask walking past a KFC restaurant, which has resumed its outdoor dining area. For the COVID-19 epidemic situation is under control in China, most of shopping malls and stores are resuming business.

Customers bid farewell to KFC’s potato wedges earlier this summer as Secret Recipe Fries replaced them on menus nationwide. The fried chicken chain began testing the fries in 2019 in select markets, and the item is seeing 12% higher demand than its predecessor, according to KFC.

A Panera Bread shop displays a sign they are open amid the coronavirus pandemic on April 5, 2020 in New York City.

Permanent menu removals at Panera include the Tuscan Chicken Sandwich, the Maple Bacon Scrambled Egg Wrap and the Cheese Brittany.

But the soup and sandwich chain has also added items at a lower price point to target cash-strapped consumers. Its new Teriyaki Chicken, Smokehouse BBQ Chicken and Chipotle Bacon Melt sandwiches at sell for less than $8 — its cheapest sandwiches yet. CEO Niren Chaudhary said in an interview that even with the new products, the menu is simpler than before and easier for operators to execute.

A delivery person wheels his bicycle outside a Subway shop.

The sandwich chain is no longer selling its roast beef or rotisserie chicken options.

“We continue to innovate and evolve our menu, so while some items may be taken out of restaurants we have added others such as the new BBQ Rib Footlong,” a company spokesperson said. 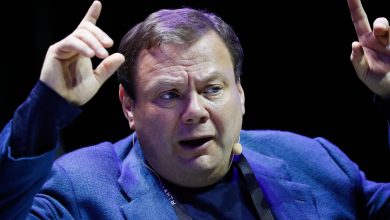 ‘War can never be the answer’: Russia’s wealthy elite speak out against Putin’s invasion 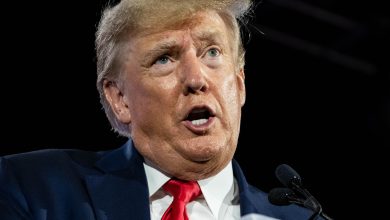 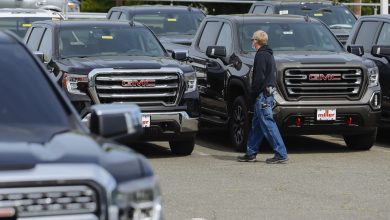 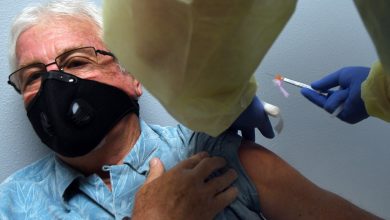 FDA says fatigue, headaches and muscle pain are most common side effects of Moderna’s Covid vaccine