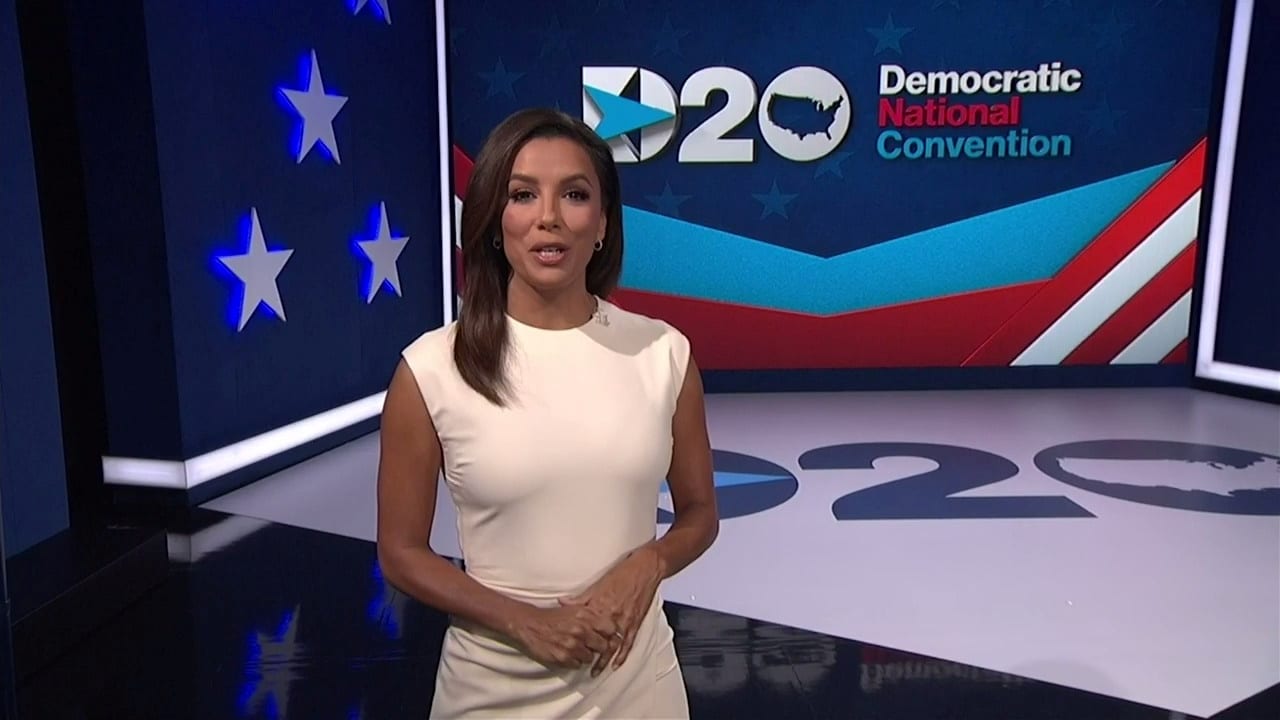 Actress Eva Longoria introduces the start of the 2020 Democratic National Convention in a frame grab from live video at the start of the all virtual convention as participants from across the country are hosted over video links from the originally planned site of the convention in Milwaukee, Wisconsin, U.S. August 17, 2020.

Sen. Bernie Sanders and former first lady Michelle Obama headlined the first night of the all-virtual Democratic National Convention on Monday, testing out a new format for the quadrennial event made necessary by the spreading coronavirus.

Day one focused on unity, featuring speeches by Republicans in addition to a full-throated endorsement from Sanders, the leader of the party’s progressive wing, for presumptive Democratic presidential nominee Joe Biden, a relative moderate and Sanders’s onetime rival.

Meanwhile, President Donald Trump was in the cross-hairs.

“Whenever we look to this White House for some leadership or consolation or any semblance of steadiness, what we get instead is chaos, division, and a total and utter lack of empathy,” Obama said at one point, offering an unusually blunt assessment.

The two-hour event was emceed by the actress and activist Eva Longoria. It will continue each night through Thursday.

The event came less than a week after Biden announced that his running mate would be Sen. Kamala Harris of California, making the former state attorney general the first Black woman and the first Asian American to run on a major party ticket.

In a statement responding to the convention, the Trump campaign said it was a “Hollywood-produced infomercial” and accused Biden of falling under the sway of the party’s “radical socialist” left.

Here are the night’s top moments.

“If you think things cannot possibly get worse, trust me, they can; and they will if we don’t make a change in this election.”

This was former first lady Michelle Obama’s unvarnished message for Americans in her keynote speech, which offered a bleak picture of what she said young people see around them in America today.

“They see our leaders labeling fellow citizens enemies of the state while emboldening torch-bearing white supremacists. They watch in horror as children are torn from their families and thrown into cages, and pepper spray and rubber bullets are used on peaceful protestors for a photo-op,” said Obama.

And while the purpose of the Democratic convention this week is to nominate and celebrate the party’s presidential ticket, Obama only mentioned Biden halfway into her speech.

Bernie Sanders goes all in on Biden

Few Democrats can forget how awkward and prickly Sen. Bernie Sanders’ Democratic convention speech was four years ago, when he boasted about how many delegates he had won in the primary against nominee Hillary Clinton.

But there was no hint of the bitterness of 2016 on Monday night, when Sanders again endorsed a candidate who beat him in the Democratic primary. Instead, Sanders gave Joe Biden a full throated endorsement, sending a clear signal to progressives who might still be reluctant to vote for a moderate like Biden.

“We need Joe Biden as our next president,” said Sanders, before warning that “authoritarianism has taken root in our country,” under Trump.”We must build a nation that is more equitable, more compassionate and more Inclusive. I know that Joe Biden will begin that fight on day one,” Sanders said later in the speech, before listing a half dozen examples of “how Joe will move us forward.”

These included Biden’s support for a $15 minimum wage, his pledge to reform the criminal justice system, and his plan to fund universal pre-kindergarten. “To heal the soul of our nation, Joe Biden will end the hate and division Trump has created.

“He will stop the demonization of immigrants, the coddling of white nationalists, the racist dog whistling, the religious bigotry, and the ugly attacks on women,” said Sanders.

Sanders closed by appealing directly to his progressive supporters and to disaffected Democrats who might be hesitant to vote for Biden.

Cuomo: ‘we need a leader as good as our people’

Gov. Andrew Cuomo speaking on the first night of the 2020 Democratic National Convention on Aug. 17th, 2020.

New York Gov. Andrew Cuomo delivered some of the sharpest barbs of the evening, accusing the president of dividing the country and mishandling the coronavirus pandemic, which hit New York harder than perhaps anywhere else in the country.

“Covid is the symptom, not the illness. Our nation is in crisis, and in many ways Covid is just a metaphor,” Cuopmo said. “A virus attacks when the body is weak and when it cannot defend itself. Over these past few years America’s body politic has been weakened.”

Cuomo added that Trump “didn’t create the initial division. The division created Trump; he only made it worse.”

“Our collective strength is exercised through government. It is, in effect, our immune system. And our current federal government is dysfunctional and incompetent,” Cuomo said.

Kasich says it’s time to ‘take off our partisan hats’

Former Governor of Ohia John Kasich speaking during the first night of the 2020 Democratic National Convention on Aug. 17th, 2020.

It wasn’t just Democrats at the Democratic National Convention. Former Ohio Gov. John Kasich, who sought the Republican nomination in 2016, appeared on night one to ask Americans to “take off our partisan hats and put our nation first for ourselves and, of course, for our children.”

“I’m sure there are Republicans and Independents who couldn’t imagine crossing over to support a Democrat. They fear Joe may turn sharp left and leave them behind,” Kasich said. “I don’t believe that because I know the measure of the man. It’s reasonable, faithful, respectful, and, you know, no one pushes Joe around.”

Not everyone was pleased with Kasich’s inclusion in the event, and the former governor sparred with progressive Rep. Alexandria Ocasio-Cortez just hours beforehand. The freshman rep fired back on Twitter after Kasich was quoted saying that Ocasio-Cortez did not represent the Democratic Party.

“It’s great that Kasich has woken up &realized the importance of supporting a Biden-Harris ticket. I hope he gets through to GOP voters,” Ocasio-Cortez wrote. “Yet also, something tells me a Republican who fights against women’s rights doesn’t get to say who is or isn’t representative of the Dem party.”

A moment of silence for George Floyd

In this screenshot from the DNCC’s livestream of the 2020 Democratic National Convention, The brothers of George Floyd, Rodney Floyd (L) and Philonise Floyd address the virtual convention on August 17, 2020.

George Floyd’s brother, Philonise Floyd, led a moment of silence early in the evening, saying that his brother “always made sacrifices for his family, friends, and even complete strangers.”

“George had a giving spirit. A spirit that has shown up on streets around our nation, and around the world — people of all races, all ages, all genders, all backgrounds—peacefully protesting in the name of love and unity,” Philonise Floyd said, speaking from Houston.

George Floyd, a Black man, was killed in police custody in Minneapolis in May, and his death spurred protests against police violence around the globe.

The theme of racial justice played a key role throughout the first night of the Democratic convention. At another point in the night, Gwen Carr, the mother of Eric Garner, called on viewers to “go to the politicians and we have to hold their feet to the fire.” 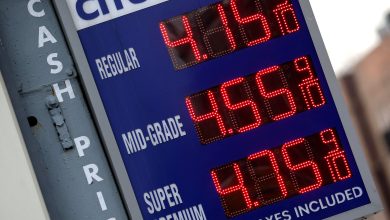 Consumer inflation was likely high in February, and rising fuel prices will turn up the pressure 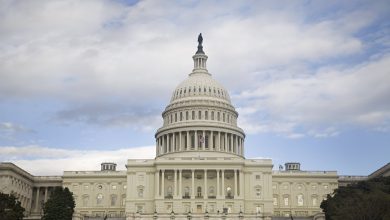 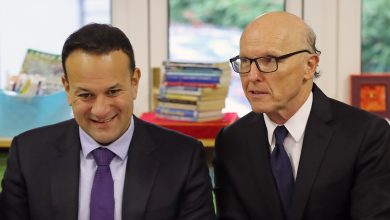 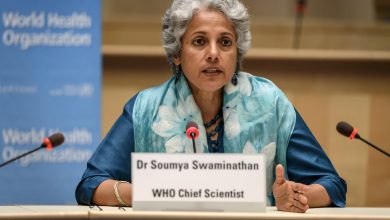