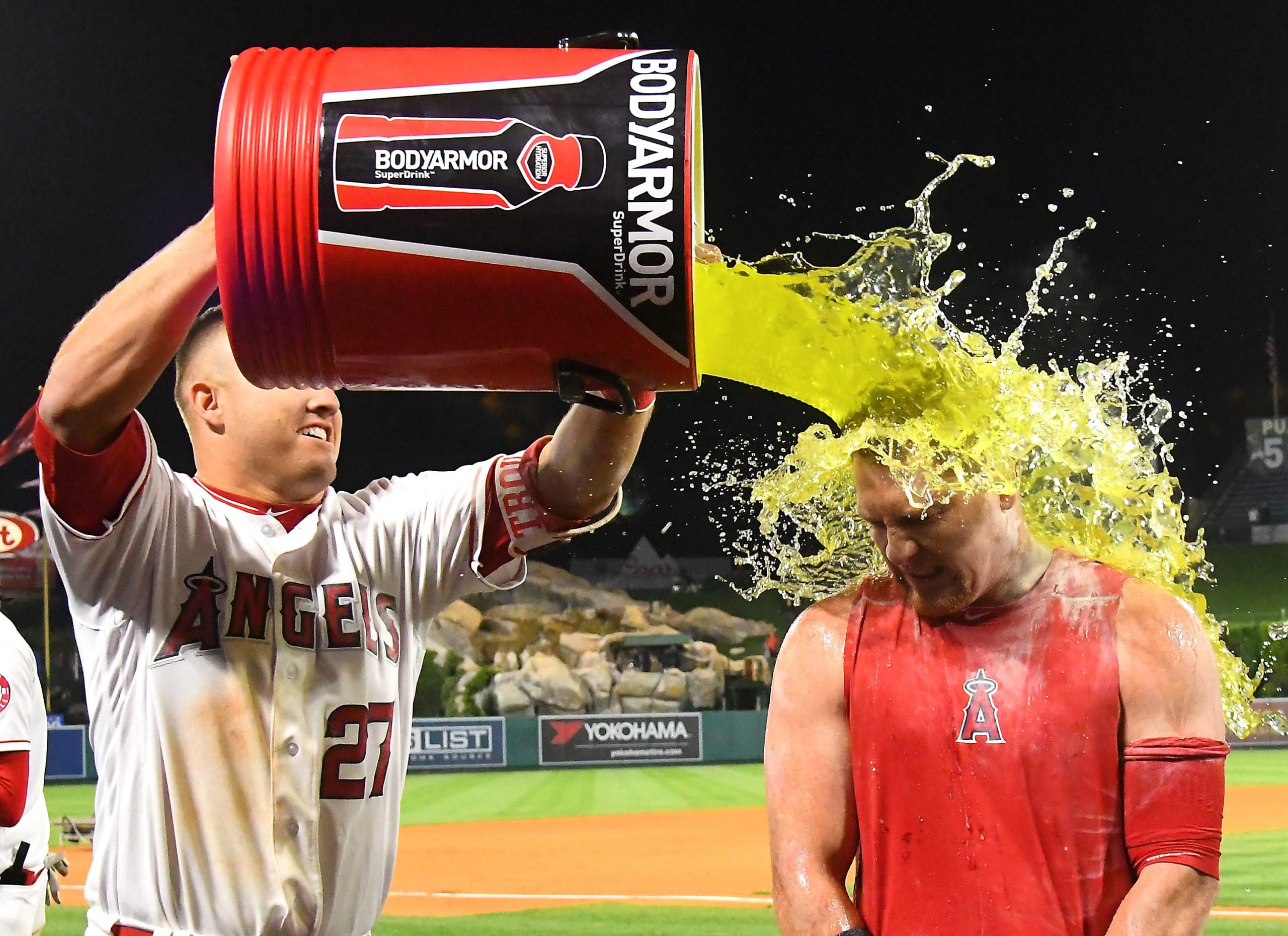 Billions of dollars are on line, with some of the biggest names in sports involved in a fight to become number one. Yet it has nothing to do with any teams or event.

Instead, it’s all about the beverages that revolve around the sports world.

Welcome to the sports-drink war, which for long has been dominated by Gatorade. But over the next five years, an emerging competitor could be a serious threat to the long-time ruler’s throne.

Sports drink makers including Powerade are active in the race to overtake Gatorade, with others like Ready Nutrition and BioSteel awaiting its turn to strike into U.S. market share. But while Powerade appears content holding its spot at No.2, the third challenger — the Mike Repole-led Bodyarmor — wants the crown and has long ago issued a challenge to the Sports Drink King.

Repole, Bodyarmor’s CEO, has his sights set on 2025 to overtake Gatorade’s market share. It’s then Bodyarmor, according to his vision, will be named the new Sports Drink King. It was a promise he made to the late Kobe Bryant when he revealed his 15-year plan.

“This is either going to go bankrupt in five years or going to be the No. 1 sports drink by 2025,” Repole said in an interview with CNBC.

“And there is no in-between – either bankrupt or epic,” he added, admitting that the chances of doing so are roughly 1%, which is what Repole told Bryant before the Los Angeles Lakers icon died in a tragic helicopter accident in January.

A quick peek at the market share after the first quarter of 2020 shows Gatorade (owned by Pepsi) holding 72% of the sports drink market, while Powerade (owned by Coca-Cola) is at 20%, Bodyarmor is at 7% and others collectively hold 1%, according to analysis provided by industry insider Duane Stanford, editor of Beverage Digest.

And with Gatorade holding such significant market share, skepticism that Bodyarmor can achieve its mission sets in. Reggie Blackwell, CEO and managing partner of PMG and a former executive at Anheuser-Busch, said Bodyarmor will continue taking “market share and compete” but nothing more.

“I don’t think they can ever knock them (Gatorade) off,” said Blackwell. “I think the only way they can come and overtake [Gatorade], it’s got to be like when Nike overtook Converse.“

As far as total revenue in sports drinks, Bodyarmor has a 13% market share of sales, according to Sanford. Repole said he expects to generate $1 billion in sales for the first time this year, and considers that milestone Bodyarmor’s first dent in Gatorade’s dominance a “huge accomplishment.”

“They’ve been a formidable challenger without a doubt,” Stanford said.

What helped Bodyarmor stand out from its competitors is the proclamation its the “superior hydration” company thanks to added ingredients like coconut water and its low sugar and calorie count, the company says on its website.

But to understand why Bodyarmor feels empowered to dethrone Gatorade after it officially passes its next target Powerade, you have to rewind back to the early 2000s.

Opening the door: Kobe vs. Jordan

After dominating the college space in the pre-Michael Jordan era, Gatorade found itself the go-to-sports drink after signing Jordan to an endorsement deal in 1991, stealing him from Pepsi rival Coca-Cola.

Though the company already had an established relationship with the National Basketball Association, it wasn’t until Jordan that Gatorade grew into a household name. Remember those “Be like Mike” commercials?

“He had the bald head, the charisma, the right smile, he was likable,” said Blackwell.

“Michael had a massive impact on our business,” said Brett O’Brien, the GM and SVP of Gatorade.

From the Jordan commercials, the Gatorade baths after the most significant sporting events, to building relationships on the amateur level with its Player of the Year awards, which featured some of the biggest names on the high school hoops level at the time including Jayson Tatum, Kevin Love, Candace Parker, and Skylar Diggins, Gatorade established itself in the sports world on all levels.

Pepsi then took over the Gatorade after its $13.4 billion in stock purchase of Quaker Oats Co. in 2000.

Before the 2008 financial crisis, Gatorade lost its way as it focused on expansion in the sports nutrition space. The company also focused more on its design and branding, which confused consumers. It was then that Gatorade opened itself up to competition and outsiders questioning its products.

With his name, image and likeness, the basketball star built brand awareness for the company. For his efforts, Bryant turned his $6 million investment into about $200 million (on paper) after Coca-Cola acquired a minority stake in Bodyarmor in 2018.

Repole, who co-founded Vitamin Water in 1998 and sold it to Coca-Cola for $4.1 billion in 2007, decided to jump into the sports beverage market again, feeling Gatorade had left its main product exposed.

Repole was smart to add Bryant, who Jordan himself called a little brother after Bryant’s death in January. Bryant was the only athlete who could challenge Jordan and Gatorade’s superiority. And he did, helping to cast Gatorade as the anti-sports drink.

“They’ve never evolved as a brand,” said Repole, claiming Gatorade is “still living off the ‘Be like Mike’ commercials.”

What the numbers say

Bodyarmor’s distribution improved when Coke become the second-largest shareholder. It now has its products in Walmart, Sam’s Club, Dunkin Donuts, Kroger, Dollar General, and Costco, along with more space in local convenience stores.

And the company cut into Gatorade and Powerade’s market share while “maintaining a premium price proposition, which is on-trend given the premiumization of beverages,” said Stanford, adding Bodyarmor is “a legit competitor in this race.”

When it comes to the share of sports drink revenues, Gatorade is holding a 70% share, Powerade has 15% and Bodyarmor has 13% and the rest collectively have 2%, according to Stanford. A spokesperson for Bodyarmor cited Nielsen research that shows Bodyarmor as the No. 2 seller in convenience stores, with a bigger base than Powerade across all sales channels. The PR representative didn’t provide fill stats though. Powerade did not make an executive available for this story.

“If you can come into a sports drink category dominated by Gatorade and Powerade and take the market share Bodyarmor has grabbed, that is a threat,” Stanford said.

Based on Bodyarmor’s revenue market share for sports drinks, you can see why Repole said his company will take over Powerade’s No. 2 spot and begin going after Gatorade.

Oakland Athletics starting pitcher Mike Fiers (50) gets a Gatorade bath from teammates after pitching a no-hitter during the Major League Baseball game between the Cincinnati Reds and the Oakland Athletics at Oakland-Alameda County Coliseum on May 7, 2019 in Oakland, CA.

Gatorade doesn’t deny Bodyarmor forced it to rethink its strategy. The company finally added zero-calorie drinks, which it had previously resisted.

“Whenever somebody issues a challenge, and whenever somebody puts something out there, you respond like an athlete and you get even more aggressive,” O’Brien, the Gatorade SVP, said.

And Gatorade will not be dethroned easily. Bodyarmor still needs to add more shelf space and invade Pepsi’s relationships with retailers. Pepsi, which also owns Frito-Lay, has enough leverage to hold off competitors from obtaining more shelf space.

“If you’re Pepsi, you need to tell Gatorade, ‘We can’t let them have an inch,” said former marketing executive Tony Ponturo, CEO of Ponturo Management Group.

Bodyarmor is also engaged in a feisty exchange of complaints challenging its advertising strategies.  In March, the National Advertising Division requested the company discontinue its claim that it has more natural ingredients than Gatorade.

“They’ve built a product that was less built on the brand and more on trying to talk trash about us,” O’Brien said.

“It will be interesting to see what happens when people look closely at products,” he added. “Do you really know how much sugar is in Bodyarmor? And have you looked?”

Asked about the complaints, Repole said he shreds them or frames them for motivation.

“It makes you focus more on creating a better sports drink,” he said. “A product that’s relevant for today’s athlete and not one that was around when Michael Jordan was in his prime.”

Complaints aside, Bodyarmor is still loading up its athlete roster to compete with Gatorade. The company aligned itself with Mike Trout, James Harden, Trae Young, WNBA star rookie and Sabrina Ionescu and Donovan Mitchell. Like Bryant, all are equity partners. (Bryant’s wife Vanessa took over his stake in the company after his death, Repole told Fox Business in May.)

“The biggest thing is how do we push past Gatorade to get to the No. 1 spot, and I think you just target the kids,” Mitchell said when asked his thoughts on Repole’s 2025 goal.

Repole concurs with the Utah Jazz guard, adding he’s relying on his young consumer base to convert parents away from competitors.

Meanwhile, Gatorade has more than enough ammunition to compete and destroy.

“Gatorade wants to partner with the best of the best in the younger generation who are elite in their own category,” said Tatum, a forward on the Boston Celtics.

“They don’t claim to know it all; they talk and communicate with myself and other athletes on what we think they can do better and how can we make each other better,” he said.

Repole also wants Gatorade’s NBA contract that it’s had since 1984. Currently, Bodyarmor has deals with Major League Soccer, the NCAA’s March Madness and UFC under its portfolio. But Repole is looking at 2023 when the NBA’s deal with Gatorade is set to expire.

Bodyarmor will have to come up with a significant offer, though, which would likely need to include the NBA’s minor league.

In 2017, Gatorade secured naming rights to the then-D League, renaming it the G League. Gatorade is also featured on the sidelines of 27 of 30 NBA teams, all 28 G League clubs and all WNBA clubs. It also provides the NBA with access to its sports science institute at IMG Academy in Florida.

Asked if the NBA would consider parting ways with one of its long-lasting partners, as it did with basketball maker Spalding earlier this year, the NBA’s deputy commissioner Mark Tatum, suggested its partnership will not be on the market. He adds the agreement is more “than just money.”

“We’re looking for partners who share the same values as us, innovate and are going to activate in ways that are mutually beneficial to both of our businesses,” Mark Tatum said.

Keep an eye on Repole’s desire to become a sports owner.

Alongside billionaire Vinnie Viola, the pair are the big financiers behind Alex Rodriguez’s group that wants to purchase the New York Mets. With his renewed ambitions to become a Major League Baseball owner, will Repole stay focused on overtaking Gatorade? Or is the rivalry a marketing ploy?

Whatever the case, the Queens native isn’t backing down from the challenge.

O’Brien responded: “There is always going to be someone out there who is poking the bear, and at the end of the day, you constantly have to reassess.

“But it wasn’t all that different than when we saw from Vitamin Water,” he added. “So, what do I think about Bodyarmor? I think we have to continue to kick some ass.” 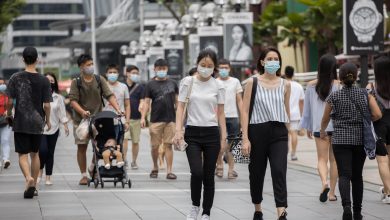 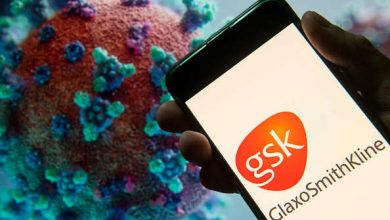 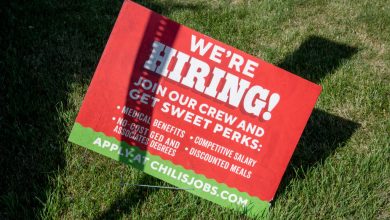