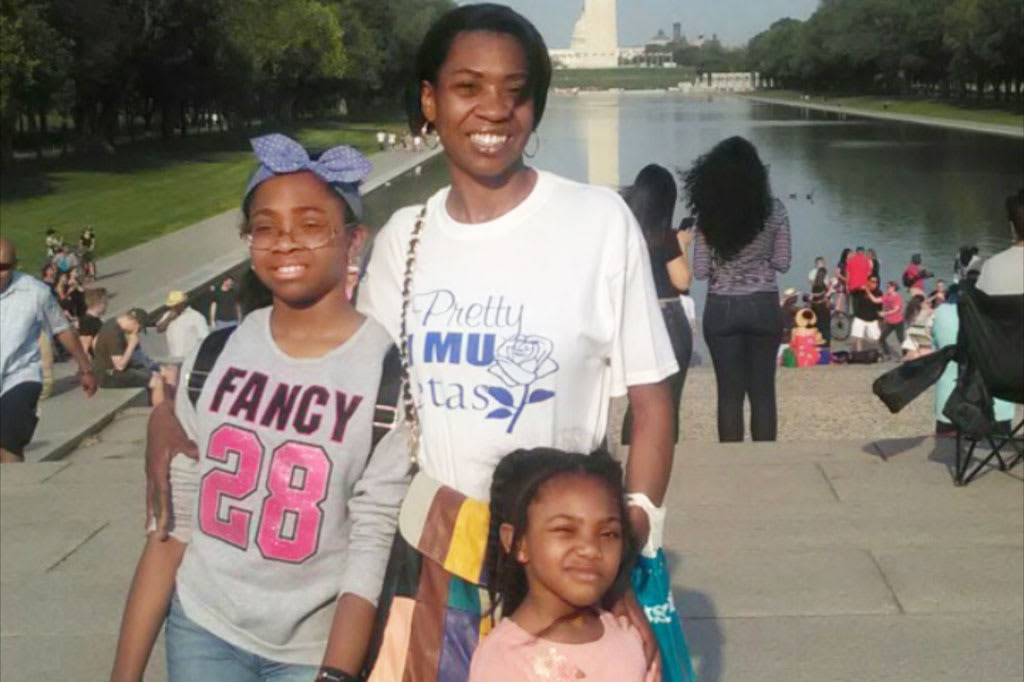 This fall will be anything but normal for parents and children across the country.

Many Americans are grappling with decisions about school, money and fears about the coronavirus.

For Jordana Horn Gordon, a 47-year-old mother of six, the situation has her feeling like she’s “walking on the razor edge of a cliff.”

“It’s really tough and it’s really stressful,” she said of the decision about whether to send her children back into school.

More from Invest in You:
This expensive high school may have the best reopening strategy
Here’s what’s at stake for children and their parents this fall
Are you prepared? This is the financial first-aid kit you need to stock

“Suddenly you’ve got to become an amateur epidemiologist, virologist,” said Horn Gordon. “That is terrifying.”

Her school district in Millburn Township, New Jersey, is like many others, offering parents a choice: a hybrid plan that has students in class for some days and learning virtually on others, or full virtual learning.

She’s waiting on more information about the in-school component before deciding. Fortunately for Horn Gordon, her job as a freelance journalist and podcast host for Kveller.com gives her the flexibility to help her children learn at home.

Yet she’s still not sure how she’ll handle it all. “I also don’t know how anyone is expected to do it.”

We’re in survival mode, so we will do anything it takes to survive.

Others are not as fortunate. Some people, like essential workers, must show up to work. Others may be working virtually and juggling kids’ schoolwork and their own job is too hard to pull off. Some may not even have the resources and technology to help their children get through virtual learning.

In a Pew survey in April, 21% parents of homebound students said it was very or somewhat likely their children would not be able to complete their schoolwork because they didn’t have access to a computer at home.

Worry over the right decision

The unknown over what is going to happen in the fall is causing stress for many parents, said Brandi Lerner, 39, founder of the Facebook community “School’s Out… Indefinitely,” which caters to parents trying to navigate education issues during the pandemic.

Those who don’t have a choice about what school will look like for their children in the fall complain about not being able to make that decision, she said. Those who do have a choice wish they didn’t have to make it.

“They worry that it won’t be the right decision for their kids,” said Lerner, who lives in a suburb of Philadelphia. She has yet to decide whether she is sending her two elementary school-aged children back into the classroom or keeping them home to learn virtually.

Brandi Lerner and her family

Even Lerner is worried. If she keeps her 8-year-old son home, will he fit in the following year? Will her 5-year-old daughter be behind academically?

Yet there are also concerns about the virus itself and how parents can keep their kids safe if they are going into a classroom.

In fact, as Covid-19 cases continue to climb around the country, more Americans want to keep their kids home.

A recent Gallup poll found that 36% of K-12 parents want full-time, in-person school this fall, compared to 56% who wanted it in late May and early June. Meanwhile, 28% want full-time remote instruction, up from 7% in the prior survey, and 26% prefer a hybrid model that includes both remote and in-person teaching.

Michelle Johnson is one of those who is not sending her kids into school. The 45-year-old mother of three lives in Philadelphia, where the public school system has opted to teach virtually until November.

Her 15-year-old daughter, Jocelyn, attends the public agriculture high school and her 7-year-old, Layla, is heading into third grade at a charter elementary school, which will be teaching virtually through January. Her oldest son, Michael, is 22.

“It gets overwhelming sometimes,” she said of trying to help her children with schoolwork while working virtually as an elementary school teacher in the Philadelphia school district.

The single mother has help from a friend, but paying someone to guide her children during their virtual learning is not in the budget.

However, while she understands that parents want their children to interact with other students, she has faith in the virtual system.

“I really don’t think people realize what the first phase of going back to school will look like,” Johnson said. “It’s not going to be anything like what we’re used to.

“And I think that is really going to be devastating to them.”

Other parents aren’t willing to go it alone and are talking about forming pods to help their children through virtual learning — complete with an on-site teacher or tutor.

Cancer survivor Ashika Patel Balani wants to play it safe. Yet she also would like her 5-year-old daughter Satyavi, an only child, to see a few classmates in her kindergarten class.

So Balani, who is 38 and lives in Redwood City, California, is in talks with a few other parents to create a pod and is looking into hiring a tutor. Her daughter will still be enrolled in public school, which is teaching virtually for the fall quarter.

Ashika Patel Balani and her family

Balani has seen quotes for tutors that range from $50 to $75 an hour, to be split by the families. Fortunately, she and her husband have been saving for a rainy day.

“We’re in survival mode, so we will do anything it takes to survive,” she said.

“Unfortunately, budgets will not come into play at the moment, just because we want to make sure that we get what we need out of this next six, seven months of whatever is to come.”

Homeschooling and just getting by

For single mom Chancee Trgo, working full time is not possible. She’s chosen to homeschool her four children — twin 6-year-old first-graders, a 4 year-old in kindergarten and a 3-year old preschooler — instead of sending them into a classroom or having them learn virtually through their school district in Nassau County, New York.

To make ends meet, she tries to pick up babysitting jobs and looks for remote work she can do once the kids are asleep. Fortunately, the 37-year-old lives in a house she inherited from her grandparents and gets some help from her parents. Her ex-husband lives in Europe.

“My kids can’t go into pods, I can’t afford that or a private tutor,” said Trgo, who is a former sixth-grade math teacher.

She prefers homeschooling over virtual learning so that her children aren’t spending a lot of time in front of screens. That can run as little as $50 to $100 per student for borrowed books and curriculum or as much as $300 to $500 per student with extras like music and art, according to the Home School Legal Defense Association.

Trgo’s situation isn’t unique. In fact, women are being disproportionately hit by the pandemic. For instance, June’s average unemployment rate was 11.1% — yet the rate for men was 10.6%, while women’s was 11.7%.

Men also make more money than women, with women making about 80 cents for every dollar a man earns. However, working mothers make even less, at 70 cents for every dollar paid to working fathers, according to the nonprofit organization National Women’s Law Center. The organization anticipates a negative impact on women’s earnings thanks to the crisis because of the lack of child care.

As a parent, use your wiggle room. You may have to work a little later or get up a little earlier.

There is also concern about how the creation of pods could exacerbate racial and economic inequality in America’s education system.

“The reality is we a lot of time have in-group favoritism, so these pods will likely look like and reflect the people we spend the most time with,” said Keisha Scarlett, chief of equity, partnerships and engagement for Seattle’s public schools.

“I can imagine they won’t have the diversity in place,” she added. “These will end up being segregated environments for these students.”

Scarlett is also part of the National Academies Sciences, Engineering, and Medicine’s Committee on Guidance for K-12 Schools on Covid-19, which urged districts to prioritize reopening schools full-time.

Her advice: Be flexible, resourceful, empathetic, creative and reflective.

“As a parent, use your wiggle room,” she said. “You may have to work a little later or get up a little earlier.

“But when you use the wiggle room that you have, it frees you up for the room for your children’s needs.”

CHECK OUT: Refinancing my mortgage would save me $14,000 in interest, I was told: Here’s why I didn’t do it via Grow with Acorns+CNBC. 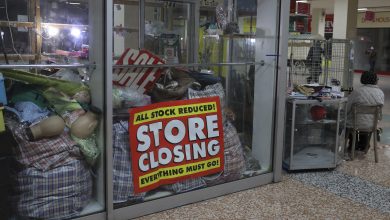 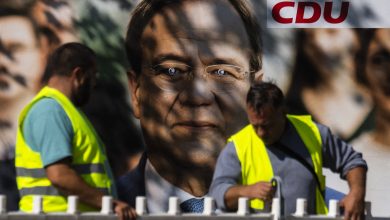 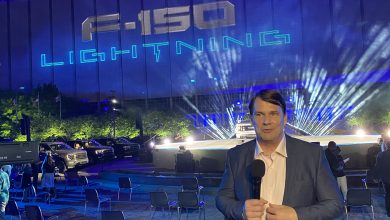 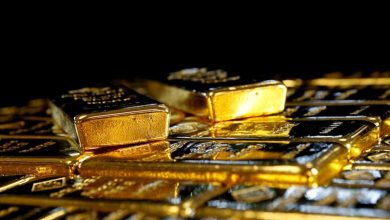