The U.S. presidential election is only a few months away, and you know what that means. It’s time for the national conventions. This week, Wall Street’s focus has locked in on the race to the White House as the Democratic National Convention kicked off, with the Republican gathering taking place next week.

Noting that 2020 may ultimately be remembered as a year of “unconventional conventions,” Oppenheimer’s Chief Investment Strategist John Stoltzfus states that the event will be driven by virtual connectivity. While there are still many unknowns in terms of the market’s trajectory pre- and post-election, the strategist is choosing to “embrace the uncertainty.”

Despite these lingering question marks, the better-than-expected earnings season implies “the worst from a corporate earnings perspective may well be in the rearview mirror.”

“We remain overweight US equities while maintaining meaningful exposure to both developed and emerging markets on expectations that an economic recovery stateside coming out of the COVID-19 shutdown will help boost economic growth around the world and lead to a global economic expansion (similar to the one the world was experiencing just prior to the trade war between the US and China),” Stoltzfus noted.

First up to bat, we have Catabasis Pharmaceuticals, which develops innovative therapies for patients battling rare diseases such as Duchenne muscular dystrophy (DMD). Following an update provided by the company earlier this month, Oppenheimer believes that now is the time to pull the trigger.

Looking at the available clinical data, patient baseline characteristics of Phase 3 PolarisDMD demonstrated a high level of similarity when compared to the Phase 2 MoveDMD trial. According to Singh, this supports the powering assumption in Phase 3. The primary endpoint of PolarisDMD, North Star Ambulatory Assessment (NSAA), was also validated as a representation of DMD treatment outcomes. If that wasn’t enough, OLE MoveDMD data shows edasa can produce a delay in disease progression.

Singh added, “We believe in edasa’s potential to replace corticosteroids and redefine the standard of care for such a debilitating disease as DMD in addition to its potential role as an add-on treatment for gene therapy and exon-skipping agents.”

click here)&nbsp;” data-reactid=”27″>To this end, Singh rates CATB an Outperform (i.e. Buy) along with a $60 price target. This figure puts the upside potential at a whopping 792%. (To watch Singh’s track record, click here)

The second stock pick on our list is Voyager Therapeutics, which is a gene therapy company that develops treatments for patients suffering from central nervous system disorders. With a key data release set for next month, Oppenheimer thinks there could be significant gains on tap.

One of these is the presentation of VY-AADC data with Neurocrine Biosciences, which will include PD-1101 Phase 1b trial 3-year data and PD-1102 Phase 1 trial 2-year data, at the Movement Disorder Society (MDS) virtual congress on September 12-16. The analyst points out that results from the IV levodopa sub-study in the PD-1101 trial showed improved UPDRS motor responses with VY-AADC, compared to low and high-dose IV levodopa.

Even though new patient screening and enrollment for the RESTORE-1 Phase 2 trial was temporarily halted due to COVID-19, the trial is still progressing. Patient screening and enrollment are set to pick back up again in 2H20, with this reflecting another potential catalyst. Olson reminds investors that the trial was recently altered, with it now enrolling 85 patients randomized 2:1 to VY-AADC or sham. Potentially driving even more upside for shares, both VYGR and Neurocrine Biosciences want to kick off the RESTORE-2 Phase 3 global registrational trial in 1H21.

On top of this, IND-enabling activities for VY-HTT01 in HD were recently completed. “Preclinical studies in the NHP model demonstrated that one-time administration of VYHTT01 resulted in robust and durable knockdown of HTT mRNA and protein at 12 months with a broad distribution of the vector across the striatum and cortex. VYGR anticipates the submission of IND application in 2H20 and preclinical data presentation in 1H21,” Olson told clients.

What else is working in the company’s favor? VYGR revealed that the tau and alpha-synuclein vectorized antibody collaboration with AbbVie had been completed earlier this month. Now, VYGR has the full rights to the vectorization technology and specific novel vectorized antibodies developed as part of the collaboration.

click here)” data-reactid=”48″>It should come as no surprise, then, that Olson is a fan. Along with an Outperform rating, he left the $26 price target unchanged. Should his thesis play out, a potential twelve-month gain of 125% could be in the cards. (To watch Olson’s track record, click here) 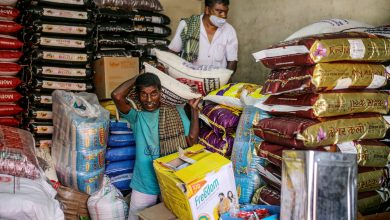 India’s economy is on track — but new Covid variant could weigh on growth, economists say 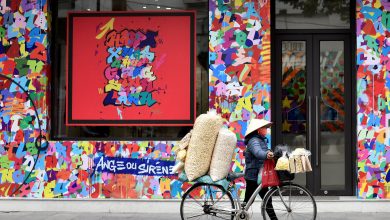 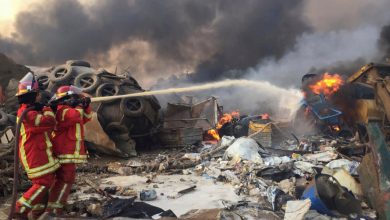 Beirut death toll rises to at least 135 as explosion is blamed on 2,750-ton ammonium nitrate stash 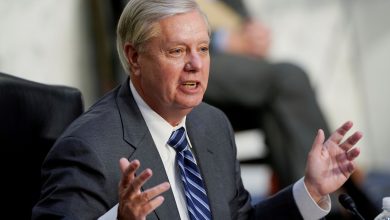