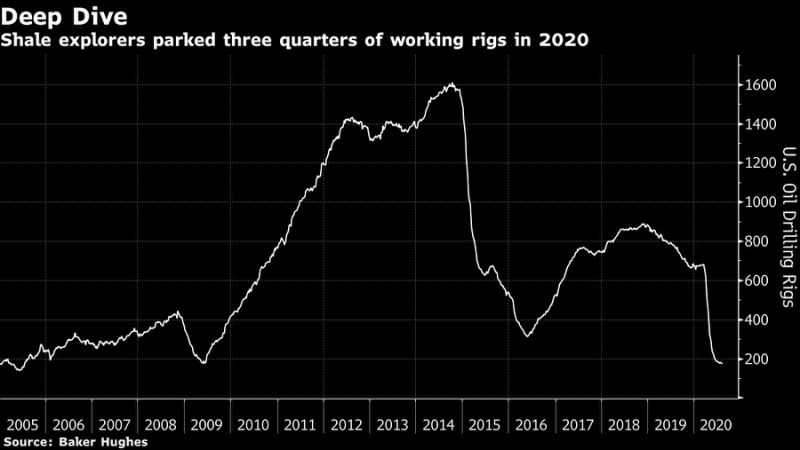 The number of active oil rigs in the U.S. fell by four to 176, the lowest since 2005, according to Baker Hughes Co. data released Friday. Energy companies have been parking rigs on an almost uninterrupted streak for more than four and half months.

Stung by the pandemic-driven slump in demand and prices, oil explorers are fleeing from the very lifeblood of their business: Drilling for new discoveries. Exxon Mobil Corp. and Chevron Corp. this week warned they probably will wipe billions of barrels of reserves from their books because weak prices have made them unprofitable to pump.

Instead of searching for new untapped deposits of crude, oil executives are channeling cash into dividends and other shareholder-friendly initiatives to appease investors fed up with years of poor returns.

“North American E&Ps are in a battle for investment relevance, not a battle for global market share,” Matt Gallagher, chief executive officer at Parsley Energy Inc., told analysts during a conference call this week. “Allocating growth capital into a global market with artificially constrained supply is a trap our industry has fallen into time and time again.”

Most of this week’s rig decline occured in the Permian Basin, North America’s biggest oil field, the data showed. Drilling also dropped in the Eagle Ford Shale in South Texas and stagnated in the Bakken and Denver-Julesburg regions in North Dakota and Colorado, respectively.

Worldwide lockdowns to prevent the spread of Covid-19 had a devastating impact on crude demand at a time when shale explorers were already struggling with too much debt and restive shareholders. While benchmark U.S. oil futures have roughly doubled to $40 a barrel since the start of May, prices are still down by more than 30% for the year.

The rig count is a closely watched metric because it’s long been considered indicative of future crude production. The relationship is imperfect, however, because of the time lag between drilling a well and commencing production, as well as other factors such as the turning off of existing wells in response to price movements. 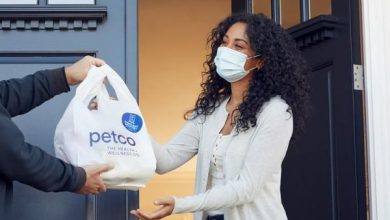 10 IPOs To Watch Out For In 2021, Including Petco, Poshmark, Bumble, Coinbase And More 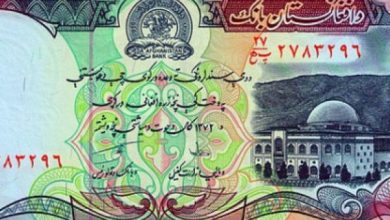 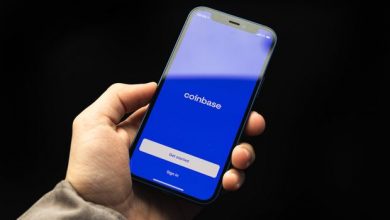 Cryptocurrency Survey Points to a Weakness for Coinbase 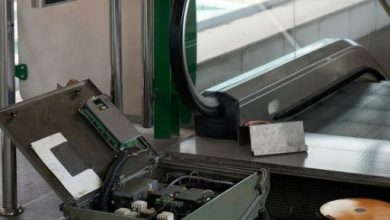 What Kind Of Investors Own Most Of Alpha Pro Tech, Ltd. (NYSEMKT:APT)?