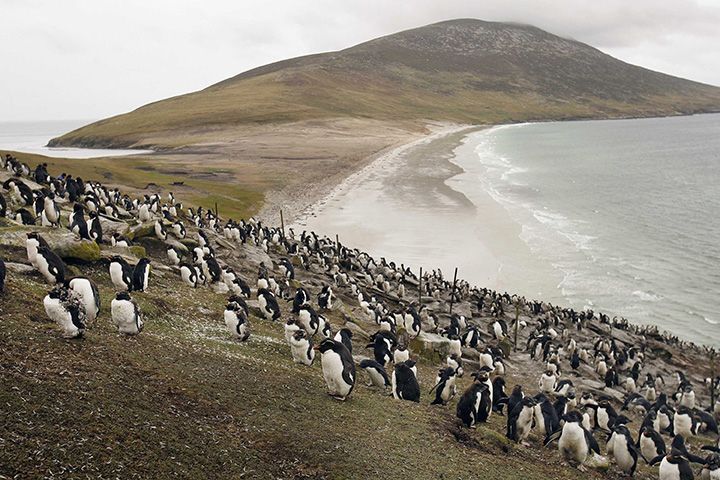 (Bloomberg) — A few dots near the bottom corner of the world map in the southern Atlantic, the Falkland Islands were once at the forefront of a new era for the oil industry as companies scoured the planet for resources.

Yet a decade after the discovery of as much as 1.7 billion barrels of crude in surrounding waters, the British overseas territory known for sheep rearing and tension with Argentina looks as remote as ever. Rather than the next frontier, the project to extract energy risks being added to a list of what companies call “stranded assets” that could cost them huge sums to mothball.

As the coronavirus ravages economies and cripples demand, European oil majors have made some uncomfortable admissions in recent months: oil and gas worth billions of dollars might never be pumped out of the ground.

With the crisis also hastening a global shift to cleaner energy, fossil fuels will likely be cheaper than expected in the coming decades, while emitting the carbon they contain will get more expensive. These two simple assumptions mean that tapping some fields no longer makes economic sense. BP Plc said on Aug. 4 that it would no longer do any exploration in new countries.

The oil industry was already grappling with the energy transition, copious supply and signs of peak demand as Covid-19 began to spread. The pandemic will likely bring forward that peak and discourage exploration, according to Rystad Energy AS. The consultant expects about 10% of the world’s recoverable oil resources—some 125 billion barrels—to become obsolete.

“There will be stranded assets,” said Muqsit Ashraf, senior managing director responsible for the global energy industry at Accenture Plc. “Companies are going to have to accept the fact.”

The Sea Lion project in the Falklands promised to be a world-class resource when Rockhopper Exploration Plc found the field in 2010. Hundreds of millions of dollars later and after enduring a flare up between Argentina and Britain over the legality of the project, the first phase still hasn’t brought any oil to market.

Larger companies have also begun voicing that realization for other projects. BP said in June it would evaluate its portfolio of discoveries and leave some undeveloped. Chief of Staff Dominic Emery already hinted last year at what kind of resources might never “ see the light of day.” Complicated projects could be shelved in favor of fields that are quicker to develop, such as U.S. shale, he said.

The pressure to curb emissions may also prompt companies to leave the most carbon-intensive reserves in the ground, as France’s Total SE acknowledged last month when it took an $8 billion writedown on carbon-heavy assets.

The list of projects most at risk includes deepwater discoveries off Brazil, Angola and in the Gulf of Mexico, said Parul Chopra, vice president for upstream research at Rystad. Canadian oil-sands projects such as the expansion of the Sunrise development in Alberta are also in doubt, he said.

The Sunrise deposit, a joint venture between BP and Husky Energy Inc., has an abundant supply of bitumen—potentially as much as 3.7 billion barrels. Extraction, though, is complicated. Most oil-sands projects resemble mining operations. The bitumen is dug out of the ground and processed into heavy crude, which must then be diluted with lighter hydrocarbons before it can be refined into fuel.

Sunrise is more complex and more costly. The deposit is too deep to be dug up, so instead it’s injected with steam to get the bitumen flowing into a well, from where it can be pumped to the surface.

Sunrise was meant to be built in three phases, ultimately producing more than 200,000 barrels of bitumen a day over 40 years. The first 60,000-barrel-a-day stage started in 2015, just as crude prices were slumping amid the first U.S. shale boom. Since March this year, output has shrunk to around 10,000 a day, net to Husky, amid plunging prices and restrictions on pipeline capacity.

Neither Husky, which runs the project, nor BP have disclosed a timeframe for the next stages of development. They’ll require crude prices well above current levels, suggesting an expansion isn’t imminent, said Mike Coffin, an analyst at research group Carbon Tracker Initiative.  (The think tank has received support from the charitable foundation of Michael Bloomberg, the majority owner of Bloomberg LP, the parent of Bloomberg News.)

Beyond their economic viability, carbon-intensive oil sands also sit uncomfortably with BP’s ambition to become a “net-zero” company by 2050. No new oil-sands projects fit in a world compliant with the Paris climate accord, according to Carbon Tracker.

Husky has said its long-term plans include the potential to expand Sunrise, but declined to estimate timing or the oil price required. A BP spokesman said the company is reviewing oil-sands projects.

In the Falklands, there’s still hope the outlook will improve. Rockhopper has said the challenges aren’t insurmountable, despite the remoteness of the islands and the hostility of Argentina, which fought a war with Britain in the 1980s and still claims sovereignty over the territory.

It pointed to the involvement of other companies—Premier joined the project in 2012 and Navitas Petroleum LP is in talks to take a stake—to suggest there’s little risk Sea Lion will become a stranded asset.

But a final decision on whether to proceed won’t come until next year at the earliest, according to Premier Chief Executive Officer Tony Durrant. Previous deadlines for final investment decisions have come and gone. The company declined to comment on whether Sea Lion was at risk of turning into a “stranded asset.”

Sea Lion only needs oil prices in the low- to mid-$40s to break even, but probably requires at least $50 a barrel to secure debt, Rockhopper said. Benchmark Brent crude is currently trading around $45, having slumped by a third this year.

Ultimately, with oil in abundance, doubts about the strength of long-term demand and pressure to eliminate the most carbon-intensive production, it’s a calculation that may become increasingly stacked against projects like Sunrise and Sea Lion.

“Many assets are already stranded from an oil-price cycle perspective,” said Christyan Malek, head of EMEA oil and gas research at JPMorgan Chase & Co. “But when you then add the carbon curve, that takes a bigger chunk out.” 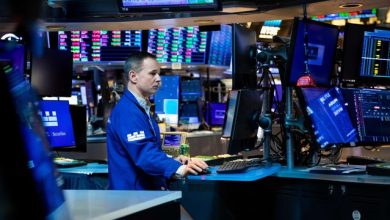 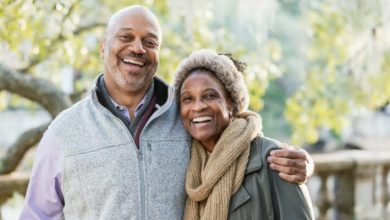 Doing a Roth Conversion Like This Can Minimize Your Taxes 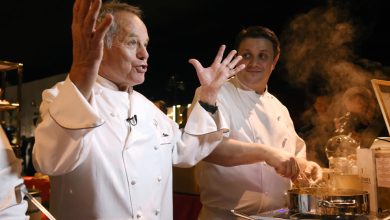 Wolfgang Puck: Why restaurant workers don’t want to come back 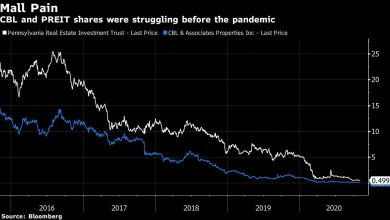 Malls Dragged Into Bankruptcy by Carnage at Retail Tenants