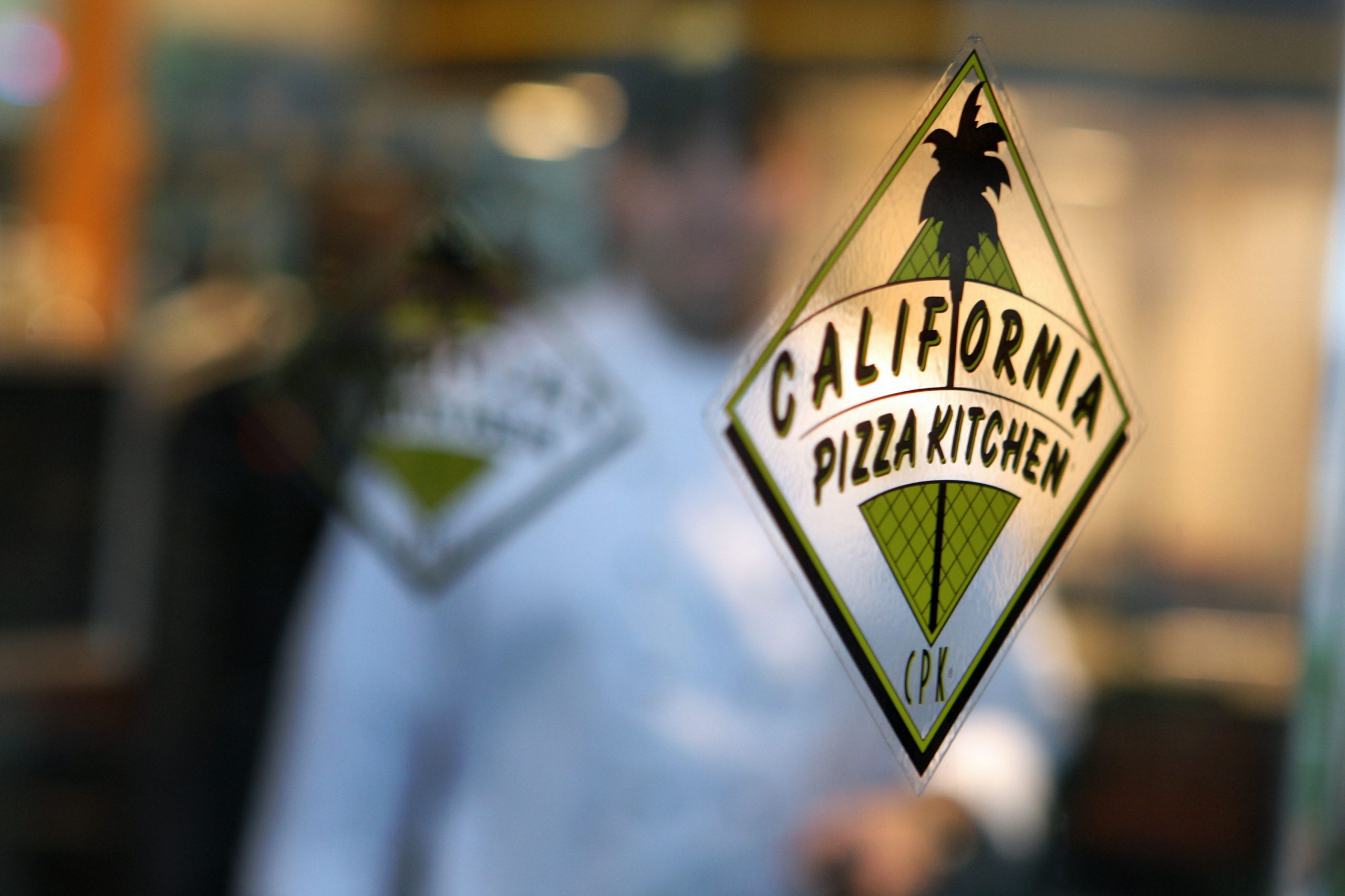 A chef walks towards the entrance of a California Pizza Kitchen Inc. restaurant in New York.

Restaurants have so far limped along through the worst of the coronavirus pandemic. But key pillars of support for their businesses will soon evaporate, spelling disaster for their eateries — and their landlords.

The pandemic has, essentially from its inception, upended the restaurant industry, sending sales plunging in the early days of lockdowns. The National Restaurant Association estimates it lost $165 billion in sales between March and July, and Yelp data showed 15,770 permanent restaurant closures, as of July 22.

Restaurant sales cautiously rebounded in the summer months, driven by outdoor dining and cooking fatigue. But the approaching cold weather could halt or even reverse progress. Industry experts don’t expect a full recovery until a coronavirus vaccine is available.

Industry analysts and restructuring experts say another wave of restaurant bankruptcies is looming. Government funds are running out and the cooler months across much of the U.S. are nearing closer, making outdoor dining a less viable option for the many businesses that have been reliant on balmy summer temperatures to stoke sales.

As they wait in limbo, some restaurant landlords have struck short-term deals with their tenants, dramatically slashing base rent and asking for a percentage of sales instead. If not, they risk losing rent until a new tenant moves in. And, increasingly, those new tenants are hard to come by. Not many restaurant chains, with the exception of some fast-casual chains like Chipotle Mexican Grill, have ambitious growth plans today.

Four Corners Property Trust, a real estate investment trust with 733 owned properties in the U.S., has a number of restaurant tenants that include Taco Bell, Darden Restaurants’ Longhorn Steakhouse and Olive Garden, and Restaurant Brands International’s Burger King. It said on a recent earnings call that it deferred about 3% of second-quarter rent payments until later in the year.

A double-whammy for landlords

The industry of commercial real estate landlords has already been grappling with a number of tenants skipping rent payments, breaking leases or looking to restructure deals for more favorable lease terms. After all, restaurants aren’t the only businesses hurting during the Covid-19 crisis. The retail industry is also dramatically downsizing, dealing a double-whammy to the real estate owners who are trying to figure out how to fill thousands of shuttered shops and now dark eateries.

Many, including the biggest U.S. mall owner Simon Property Group, have been trying to work with tenants, striking deals for rent abatements or deferrals, to try to help companies keep the lights on while paying employees. But there is only so much help to go around, as these landlords have their own bills to pay and lenders to deal with. Simon sued Cheesecake Factory when it didn’t deliver its rent checks.

“Pre-pandemic, you were already over-saturated with restaurants,” said Michael Jerbich, president of B. Riley Real Estate, a division within B. Riley Financial. “You were facing declining foot traffic — competition from Trader Joe’s, Whole Foods and Kroger. … Then the pandemic comes, and you have the perfect storm.”

Restaurants and grocery stores have long been engaged in a tug-of-war for consumers’ stomachs. But pandemic stockpiling heavily shifted that proportion in supermarkets’ favor.

“Chains are going to close their underperforming locations,” Jerbich said. “The bigger companies with the stronger balance sheets will be the ones to survive.”

It’s the independent restaurants and small chains that are the most at risk for permanent closures during the pandemic. But large national chains are already seeing the impact of the crisis on their footprints, too.

Last week, NPC International, the largest U.S. franchisee of Yum Brands’ Pizza Hut, said that it would permanently shutter up to 300 of its pizzerias, the majority of which will be its larger dine-in locations, after it filed for Chapter 11 bankruptcy in early July. Pizza Hut said that the closures will affect under-performing restaurants and will help transition its restaurant footprint into smaller locations better suited for carryout and delivery.

McDonald’s plans to close about 200 locations by the end of the year, about half of which are inside Walmart stores and generate lower sales. And Starbucks will shutter up to 400 of its North American company-owned cafes over the next 18 months as it pushes into new locations and modernizes its store formats.

Most of these abandoned locations will either need to be replaced by another restaurant chain, or demolished, according to real estate experts. The unique outfitting — with commercial kitchens and in some cases drive-thru lanes — makes them difficult to replace with anything else.

“The only logical user short of tearing it down is another restaurant chain,” JLL’s Mullaney said.

“I have seen in the past two or three weeks, a real increase in the emotions of landlords,” he added. “It’s getting really tense.”

And a lot of that tension is stemming from restaurants looking to file for bankruptcy to more easily break leases, he said. It’s a tactic already being used by many retailers, of which 44 have filed for bankruptcy so far this year, according to a tracking by S&P Global Market Intelligence. In court, companies legally are able to reject leases en masse, and often will hire firms to help them sell leases to come up with cash to repay creditors.

Roughly three weeks ago, California Pizza Kitchen, a mall staple, filed for Chapter 11 bankruptcy protection and has said it plans to reject dozens of leases for unprofitable locations.

Robert Rattet, a bankruptcy attorney at Davidoff Hutcher & Citron, said that some bankruptcy judges have waived or lowered rent for the time being because of the pandemic and stay-at-home orders. For example, a Chicago bankruptcy court recently reduced rent to 25% for a restaurant company that had filed for Chapter 11, he said.

Meantime, Grant Benson, Dunkin’s vice president of global franchising and business development, said that franchisees’ conversations with their landlords during the pandemic had “a mixed bag of results.” The coffee chain’s franchisees own or lease about 90% of its restaurants’ real estate, and about half won short- or medium-term concessions, like deferrals or abatements.

Some of the more challenged Dunkin’ locations will have to shutter their doors forever. The company announced in late July it plans to close 800 U.S. restaurants this year. Altogether, they represent 8% of its U.S. footprint but only 2% of its sales, and more than half of those locations are inside the gas station and convenience store chain Speedway.

“If someone’s really struggling, they’re not likely to struggle for a couple of years then pack it in. You’re probably going to see it sooner,” Benson said.

An opportunity in the marketplace

For restaurants in a strong financial position, however, landlords’ desperation for paying tenants in their properties could ending up being a boon.

More favorable lease terms and better locations will likely be hitting the market, as real estate owners must accept the new — somewhat permanent — reality that the pandemic has sparked. Real estate experts say it is going to become more common for restaurants and retailers to pay rent based on a percentage of sales, for example, which has typically been something landlords have tried to avoid in the past.

“I think the mall owners, the property owners, are looking more at their models,” said Scott Stuart, CEO of the Turnaround Management Association. “It’s like a scavenger hunt. What’s left to pick through?”

Companies like Starbucks, Chipotle and Dunkin’ are all looking to add more drive-thru lanes, which in the past have faced some opposition from landlords.

“We’re already seeing franchisees say, ‘Okay, I’ve been able to get through the challenges of the last five months. The drive-thru has been a major component of that, and now I’m going to start taking advantage of those situations that, unfortunately for others, there’s opportunity in the marketplace,'” Benson said. 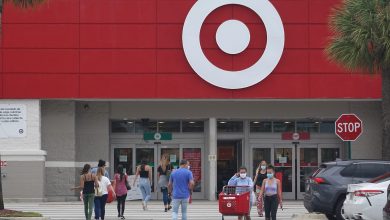 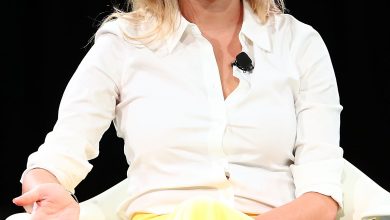 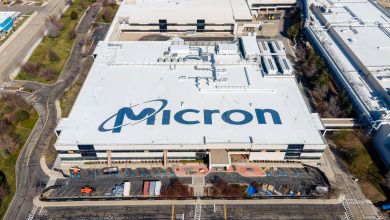 Jim Cramer: Micron practically carried ‘the whole market on its back’ Tuesday after its strong quarter 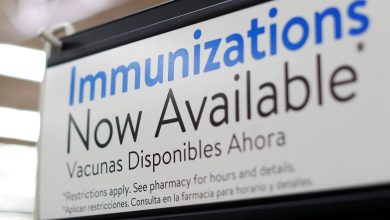