(Bloomberg) — The $20 trillion U.S. Treasury market is giving the Federal Reserve a thumbs-up for its efforts to revive inflation after the coronavirus pandemic threatened to inflict a damaging bout of deflation on the U.S. economy.

The best measure of that is inflation-adjusted interest rates on 10-year Treasury bonds, which have plunged well below zero as nominal yields held fairly steady. Other signs of success include rising expectations for future prices among U.S. households.

Those are all signals that investors reckon some degree of inflation may be on the way, in part because Fed Chair Jerome Powell and colleagues slashed interest rates to almost zero and bought hundreds of billions of dollars of government bonds. Some even think price pressures could ultimately spiral out of hand, as ultra-easy monetary policy combines with fiscal stimulus after lawmakers authorized $3 trillion in spending and debate still more.

A surge in gold prices above $2,000 and ounce and a weakening dollar have also focused attention on the outlook for inflation. If investors are betting price increases will accelerate, the hope is that consumers and companies spend enough for that to happen, given inflation is still well below the Fed’s 2% target. That goal has never been reached on a sustained basis since it was adopted in 2012.

But Fed officials are more worried about the economy running out of steam than overheating. They’re warning Congress about the dangers of spending too little, not splurging too much.

There are already signs that the pickup in inflation pricing won’t continue to accelerate at the same pace, and that means the Fed is likely to keep monetary policy loose — perhaps even looser than now — for years to come in the belief it can adjust if inflation suddenly surges.

The market signals are “exactly what the Federal Open Market Committee should want to see at this juncture when inflation expectations are too low and policy space is limited,” Evercore ISI vice chairman Krishna Guha wrote in a note to clients.

Ten-year breakeven rates –- which combine the yields on standard and inflation-linked Treasuries into a measure of what bond markets expect consumer prices to do — have jumped to about 1.69%, from as low as 0.47% in March.

Actual consumer prices rose 1% in July from a year ago, pushing core inflation to a four-month high of 1.6%. And consumer expectations for inflation in three years’ time increased to 2.73%, the most in more than a year.

But economists generally saw the pickup as a reversal of distortions created by the virus lockdown, rather than a red flag. Fed Bank of Boston President Eric Rosengren agreed.

“It is very premature to be concerned about a significant increase in inflation,” Rosengren told Bloomberg Television. He said it’s “critically important” for Congress to provide more fiscal support for the economy.

The White House and Democratic leaders are arguing over how much additional money is needed. Key parts of the government rescue effort, like extra unemployment benefits, have begun to expire –- a potential drag on demand, just as a resurgent virus sets back efforts to reopen the economy.

All these background risks explain why the Fed isn’t thinking about hitting the brakes at the first sign of higher prices.

In fact, the Fed’s soon-to-be-completed review may formally abandon the strategy of launching preemptive attacks against inflation –- and replace it with one that’s more tolerant when prices overshoot for a while, provided the 2% target is on track to be met over a longer period.

While the Fed can get some results by rejigging its policy framework or telegraphing its intentions — known as “forward guidance” in central-bank jargon — it may eventually have to buy more bonds too.

The current monthly purchases of about $80 billion Treasuries have kept a lid on government borrowing costs -– and fed into the wider economy, where those yields are a benchmark. Mortgage applications have jumped.

But this month the market has shown signs of struggling to digest the record quantities of public debt issued to fund the pandemic rescue.

Ten-year nominal Treasuries are trading at around 0.67%, up 14 basis points from the end of July. Borrowing costs for homebuyers nudged higher too: Freddie Mac’s 30-year fixed mortgage rate rose to 2.96% in the week ended Aug. 13, from a record low of 2.88%.

Fed officials are converging around forward guidance and asset purchases while they consider further questions about yield curve control. They are intent on keeping both short- and longer-term rates low, and are likely to provide strong signals to the market as their framework review concludes.

“I fear when we get back from Labor Day and get jobs data and retail sales, it could cast doubt on the recovery,” said James Knightley, chief international economist at ING Financial Markets. “That’s when you’ll start to hear the Fed step up more and talk about YCC and QE.”

bloomberg.com” data-reactid=”59″>For more articles like this, please visit us at bloomberg.com 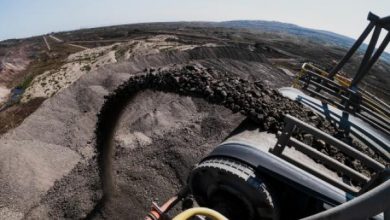 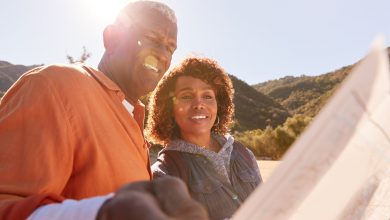 How retirement planning needs to change in 2021 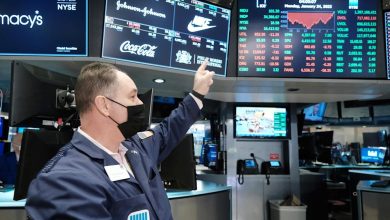 Retail investors played a big role in both wild market rout and the reversal, data suggests 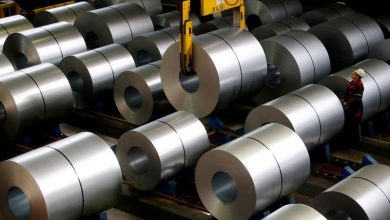